The National Council of Television and Radio Broadcasting of Ukraine has added sixty-five TV and Radio companies, media groups, media providers and National Regulatory Authorities from various countries into the Thanksgiving List. In this way, the Media Regulator would like to show its gratitude for the support of Ukraine in the fight against russian propaganda.

We hope that the Thanksgiving List will be constantly updated. 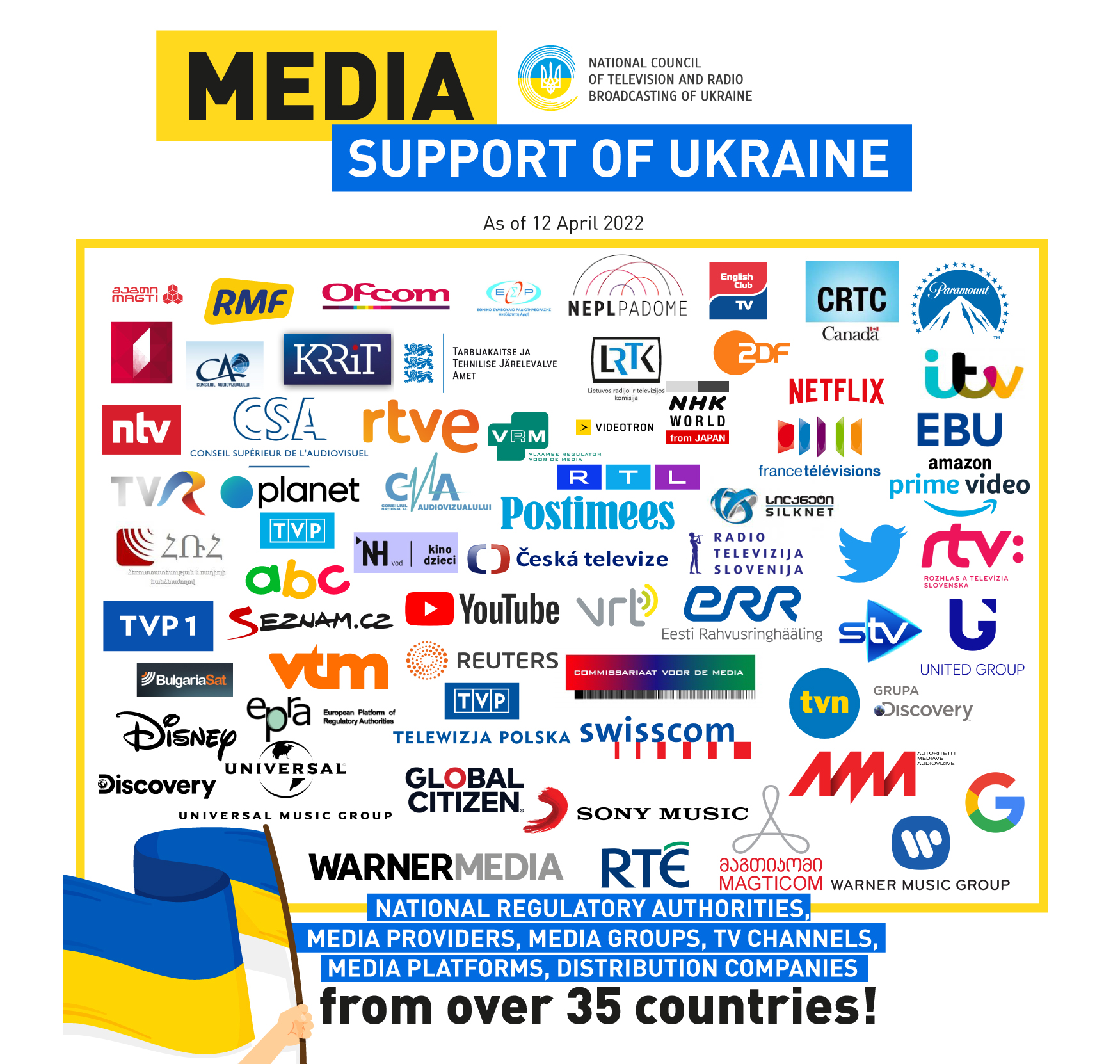 Thanks to the attention of the media community, TV and Radio marathons and charity concerts around the world our friends have already managed to raise more than 83 million Euros to help Ukraine. This figure is constantly increasing and concerts and marathons continue to be held.

The geography of support is wide: the List includes representatives of the media communities of more than 35 countries from Europe, the United States, Canada and Japan.

Ukraine has received the strongest support from the media communities of Poland (8 media entities),
Belgium (5) and the United Kingdom (4), Germany (3), Estonia (3), Georgia (3), Romania (3) and the Czech Republic (3).

Everyone who fights against russian propaganda is helping to stop the concentrated evil from russia that threatens the whole world. Ukraine is grateful for the support of the media allies.

Let us recall that earlier the National Council appealed to the European Platform of Regulatory Authority (EPRA) to join the fight against russian propaganda.

29 countries have partially restricted broadcasting of russian propaganda channels in their territory – ‘russia today’ and ‘sputnik’ (27 Member-States of the European Union).