On June 25, at the press conference at the Ukrinform News Agency, the National Council presented the results of the first sociological poll commissioned to the Kyiv International Institute of Sociology by the request of the regulator. Citizens of Ukraine were asked to evaluate the changes that had taken place in the TV and radio information landscape over the past three years after the introduction of the mandatory shares of the Ukrainian language and songs, as well as the quotas for the works of the European production. 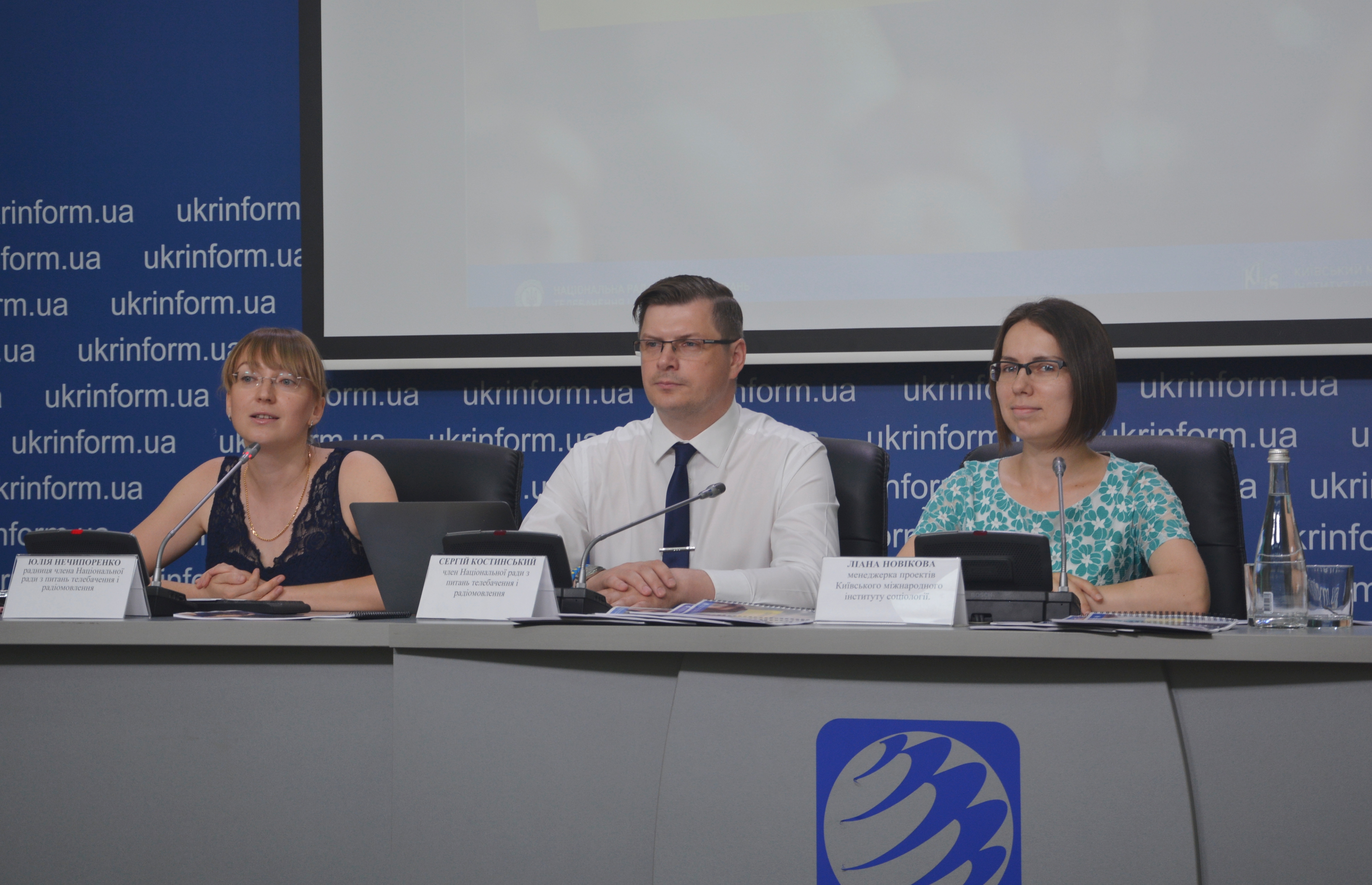 According to the Member of the National Council of Mr Serhii Kostynskyi, this poll is only the beginning, and the regulator will continue systematic research with regard to the trends that were in sight during the first wave of the poll.

“This is a start. Then we will proceed with this in a systemic, regular and consistent manner. We will examine all issues that will allow us to regulate the Ukrainian media landscape in a qualitative way”,  he said.

According to the results of the poll, 76.4% of our citizens recognize the advantages of the Ukrainian language as the main language of TV and radio and 79.6% of the respondents are active consumers of the Ukrainian-language content.

About 60% of citizens support the policy of the state promotion aimed at increasing the share of the Ukrainian-language content on the air of national TV channels and radio stations. Half of those polled positively evaluate the changes in the Ukrainian music industry after the introduction of quotas for a Ukrainian-language song.

The assessment of TV and radio broadcasting made it clear that about a third of Ukrainians positively perceive the influence of the growth of the production of the national TV product on the improvement of the quality of broadcasts of TV channels, as well they are also fully or partially satisfied with Ukrainian-language music being broadcast on radio stations.

Ms Kostynskyi also described the risks having been identified during this sociological poll in the context of the information safety. Thus, 62.1% of the respondents consider expressions like “banderas” and “fascists” to be offensive and hate speech related. 39% of Ukrainians admit that the Ukrainian media are in the situation to be possibly used for broadcasting in favour of the aggressor country.

The poll was conducted from May 17 to June 7, 2019 in 110 localities of all the regions of Ukraine, except of the Autonomous Republic of Crimea and uncontrolled territories of Donetsk and Luhansk Regions, said the project manager of the Kyiv International Institute of Sociology Mrs Liana Novikova. In total, 2021 respondents aged above 18 were polled. The sample of the poll is representative for the adult population permanently residing in Ukraine.

The sociological poll commissioned by the regulatory authority was of the omnibus nature. This kind of research involves participation of several participants, each of which pays for its questions, and the total costs for organization and holding needs are jointly covered.

This year the National Council plans to participate in two more waves of sociological polling.