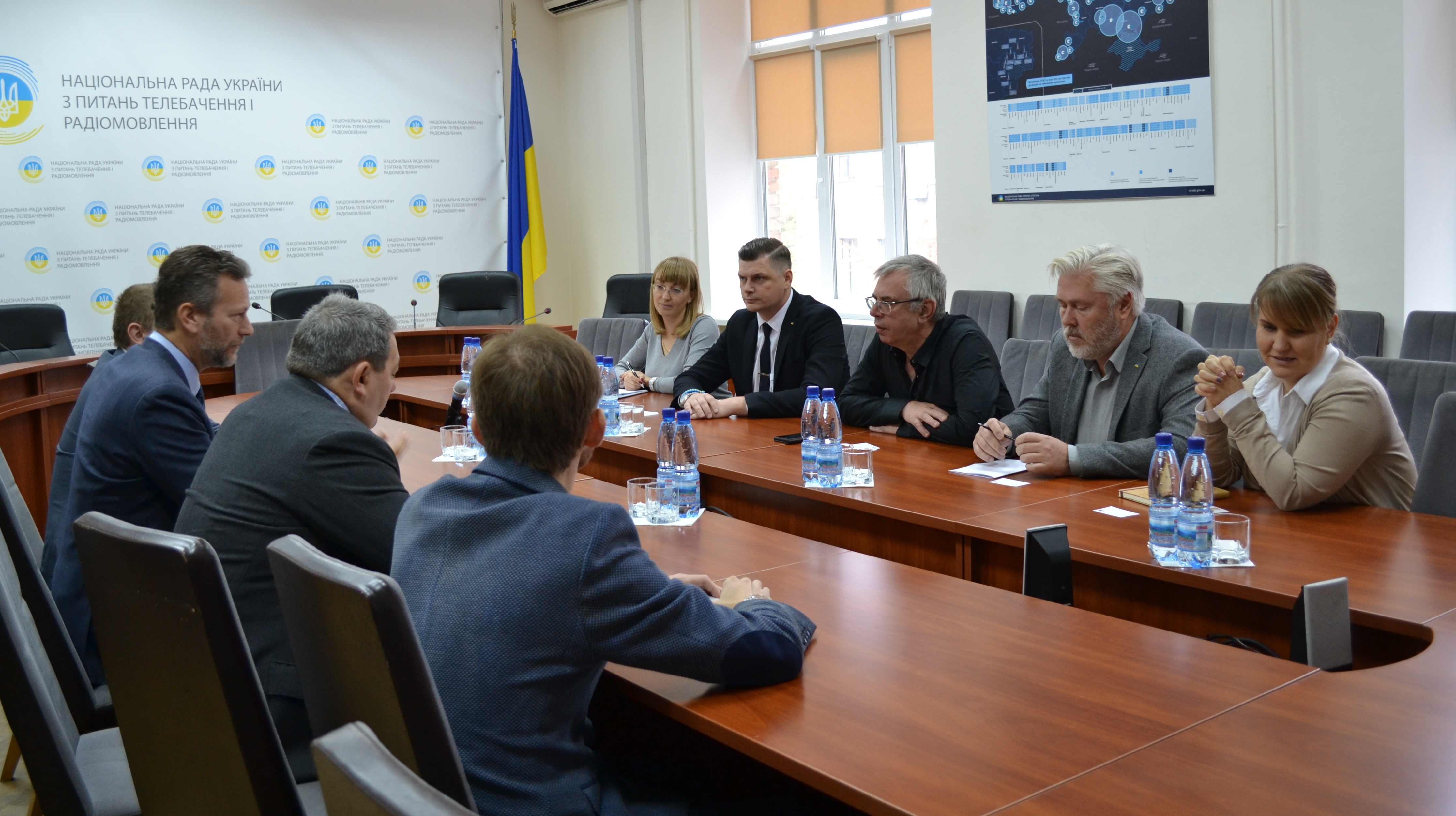 MEPs Nathan Gill, David Coburn and Jonathan Arnott, who represented the UKIP (United Kingdom Independence Party) at the time of their election to the European Parliament, have requested for information on the nature and scope of interaction between the National Council and the Parliament of Ukraine as well as with the National Security and Defense Council of Ukraine.

Iurii Artemenko has emphasized that the National Council is an independent constitutional authority, guided by current legislation of Ukraine in all of the Regulator’s activities. He summarized the tasks and remit of the Regulator, its structure and principles, according to which the members to the Council are elected and appointed. The Chairman also described the practice of regulation of the media area in Ukraine. 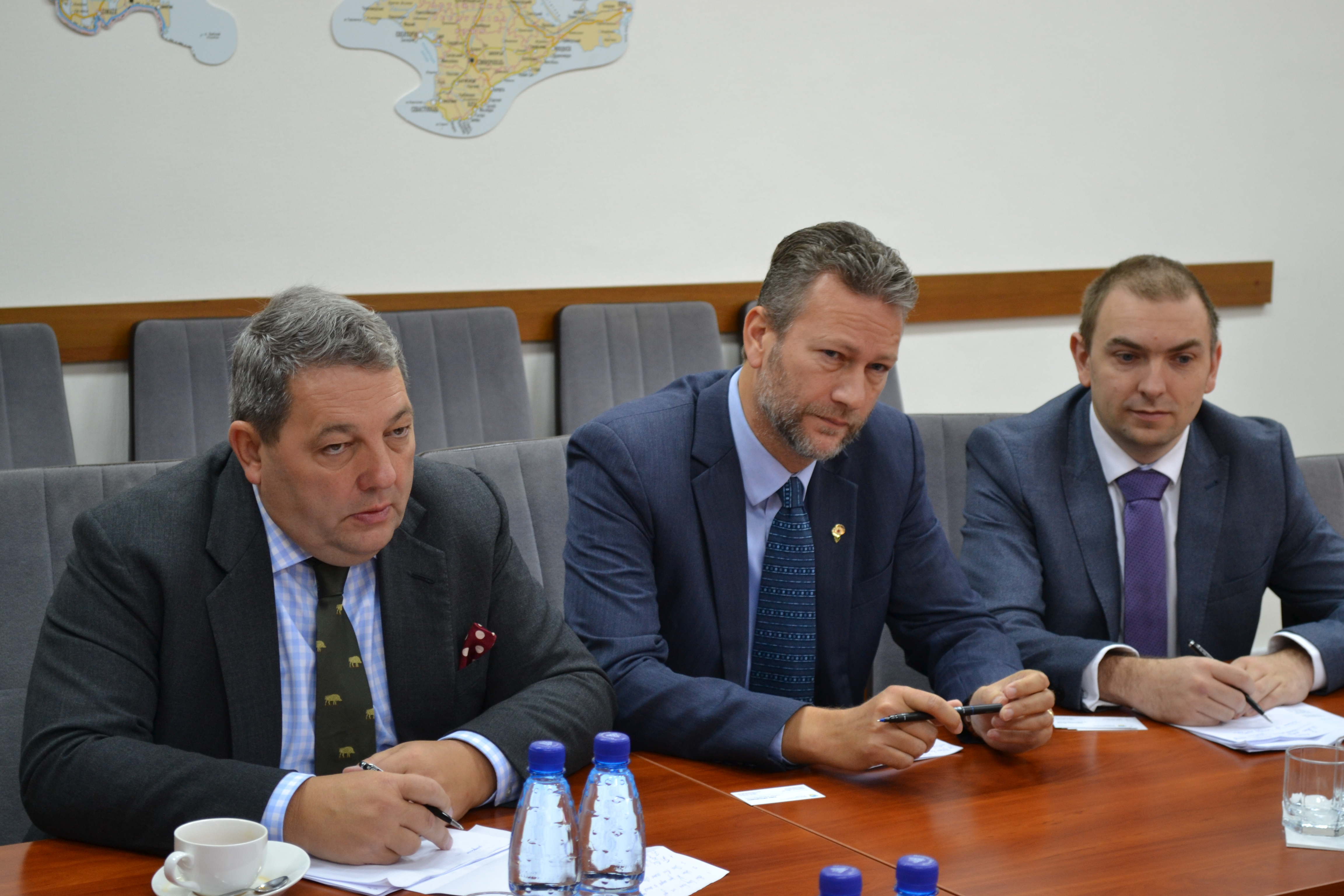 Valentyn Koval told guests about the principles of conduct of the Ukrainian Regulatory authority, the procedure for conducting inspections on the basis of monitoring, and the processing of their results. He noted that in making decisions, the Regulator, in addition to investigating the compliance of broadcasters with the norms of Ukrainian media law, appeals to media experts, psychologists and other specialists for obtaining expert opinions on particular issues and often follows their conclusions on certain issues. Often the Regulatory Authority conducts inspections in response to complaints and appeals from the public, viewers and listeners.

Valentyn Koval also stressed that the National Council is bound by legislation and cannot deprive broadcasters of their licenses. The Regulator has the right to appeal to the court, which has the power to make the final decision about the license revocation etc. In addition, any decision of the Regulatory authority can be appealed in court, and the licensees of the National Council are to use entitled this opportunity to uphold their position.

Kateryna Myasnykova told representatives of the European Parliament about the situation with the digital licenses of companies that broadcast under “112 Ukraine”. She noted that these companies won the digital broadcasting contest with the concept of regional broadcasters, but subsequently unilaterally began broadcasting nationwide, which violated the rights of other regional broadcasters, as they were deprived of their ability to use this limited frequency resource. According to her, the Independent Association of Broadcasters, like other national and international media organizations, closely monitors the regulatory activities of the National Council. “Regarding the channel “112 Ukraine”, in my opinion, it is very important to solve the problem of using this regional broadcaster license to distribute its national content. We demand from the Regulator the strict observance of the legislation and restoration of the proper use of frequencies, which were designed for the use by local companies”, – said Kateryna Myasnykova. 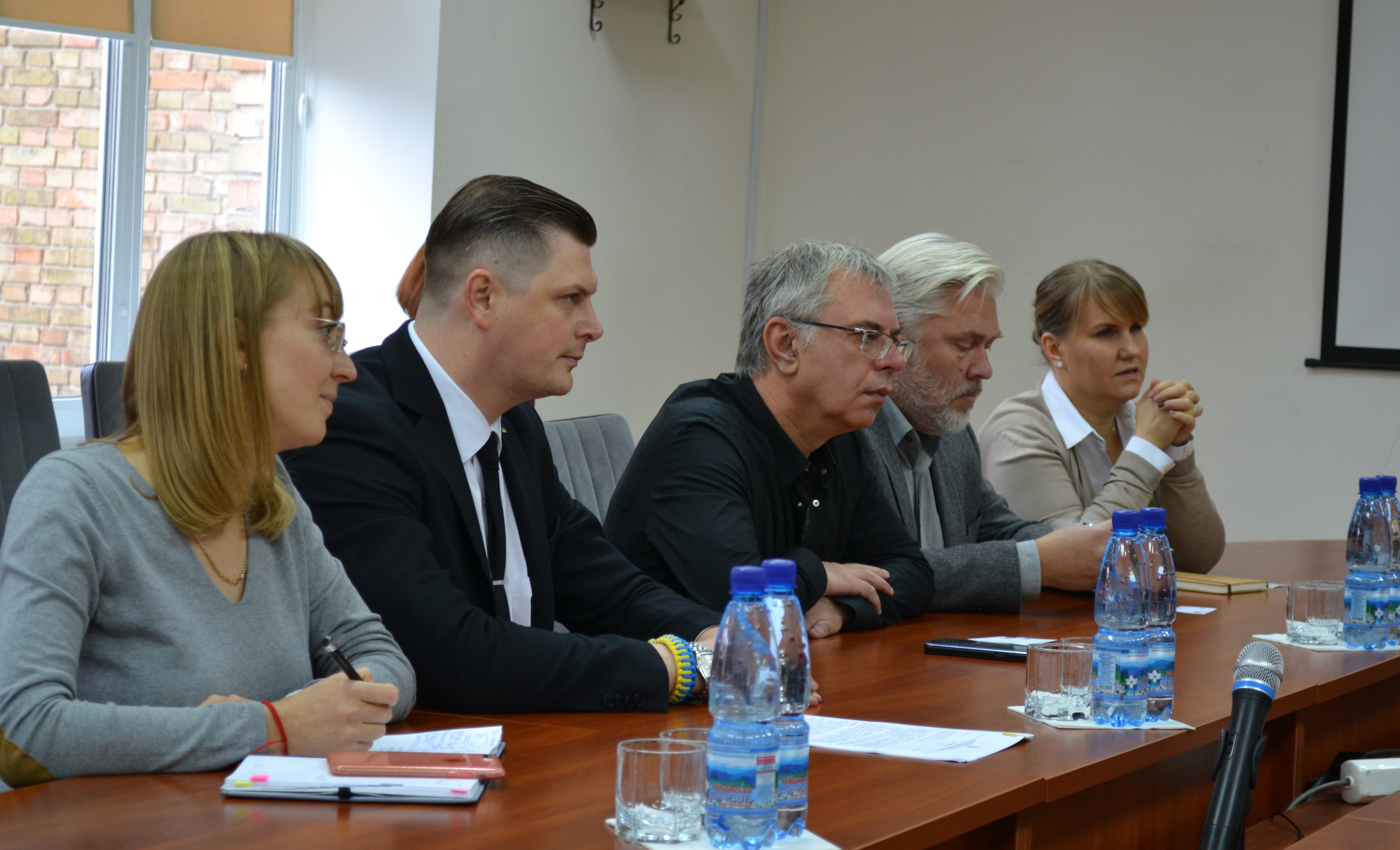 Serhii Kostynskyi informed the MEPs that the activities of the National Council are open and all its decisions are made in a transparent manner. For instance, the meetings of the Regulator are broadcast on-line, all issues are discussed by the members of the National Council during meetings, which often include representatives of TV and radio organizations, and members of public associations and unions can attend them. He asked the European deputies whether they viewed the actions of the National Council as having any inconsistencies with the law, or may have some other comments, but the MEPs did not answer this question. Serhii Kostynskyi stressed that the Regulator is ready to consider any comments and recommendations regarding its activity or its previous decisions in case there were any violations of procedures and requirements of the law.

The Chairman of the National Council Iurii Artemenko also concluded at the end of the meeting that the Regulator should not only support the media, but also demand that they be responsible to their audience and comply with the requirements of the law.