“To destroy the equipment, to intimidate the employees, to set up propaganda broadcasting – they are strategic goals of ruscists”, – the experience of the radio station “Radio-M” from Sloviansk - Національна рада України з питань телебачення і радіомовлення

“Radio-M” can be called a strategic Ukrainian radio. They broadcast in Kramatorsk, Pokrovsk, Hirnyk. Their programmes can be heard in the occupied territories, even in Donetsk. Ruscists know this and are trying to destroy the Ukrainian radio. The National Council continues to collect stories of the information resistance of Ukrainian broadcasters within the framework of the project “Media Heart of Ukraine”.

For the “Radio-M” the war began 8 years ago and they have experienced all the horrors of the occupation since 2014. This experience enabled them to save broadcasting and people’s lives this very time.

When the terrorists of the so-called “DPR” entered the city, the Ukrainian media immediately came under the spotlight of russian mercenaries. The occupiers purposefully searched for everything related to the media. Being aware of this, the radio workers tried to evacuate the equipment. They had already packed it in boxes, when the “DNR-representatives” broke into the premises of the “Radio-M” and twisted the staff.

“All your equipment will go to the needs of the “republic”. You work for the NATO”, the invaders stated and started taking out the equipment.  In addition to the equipment, the ruscists kidnapped the executive editor Ruslan. He had been held captive, interrogated every day, and sought with regard to his contact with the Americans. After a week of tortures, he was released. 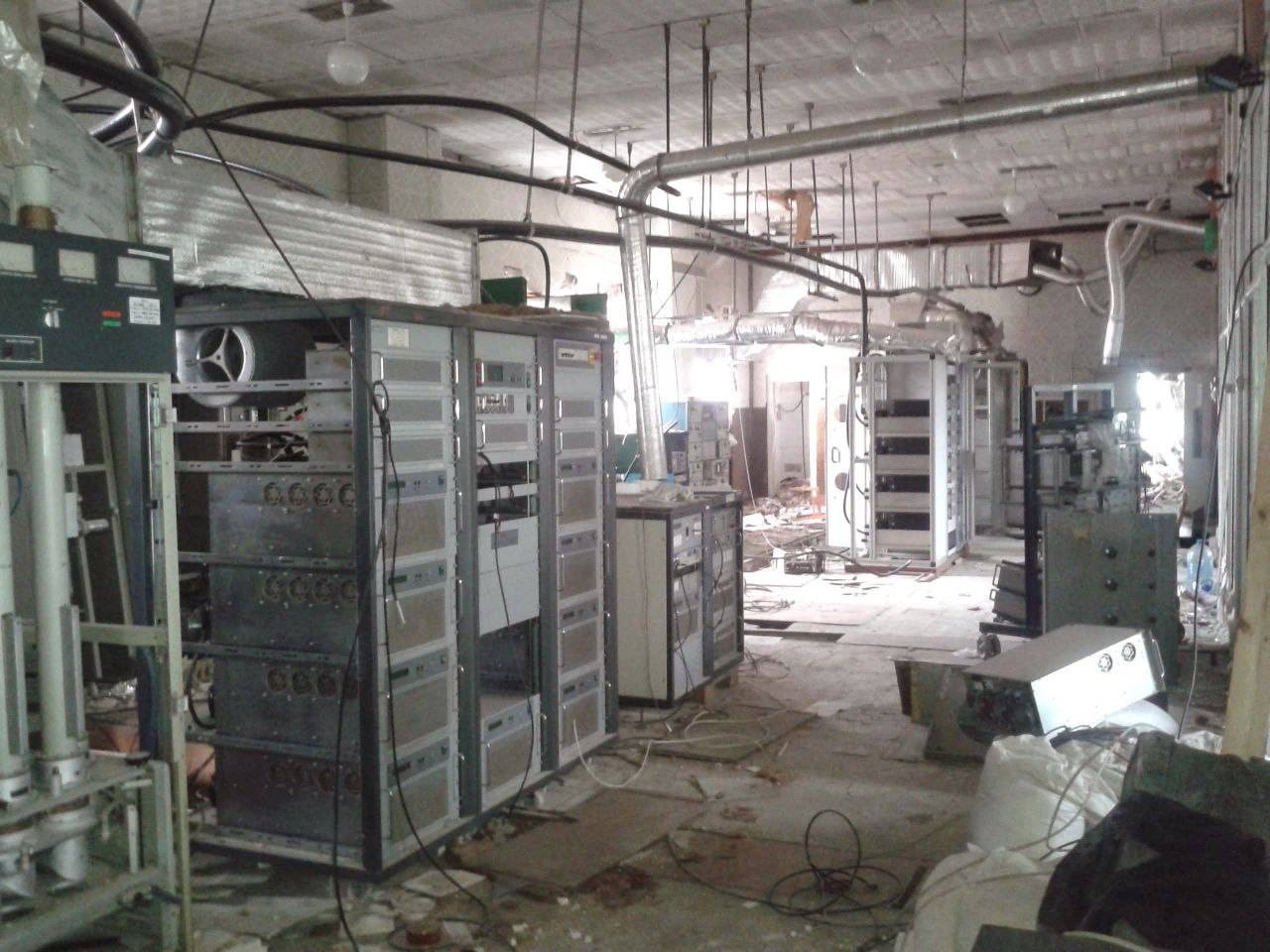 The invaders, being guided by the russian lies, were destroying everything of the Ukrainian nature, searching for ghostly NATO bases. Then, in 2014, the radio workers risked their lives every day. The invaders raged in Sloviansk. The house of Eduard Kurylenko, director of the radio station, was fired twice from a howitzer and a tank by ruscists. Later they killed two brothers of Edward, leaving eleven of their children orphaned.  The insidiousness of the russian occupiers is cynical. The racists kidnapped the relatives of the director of the “Radio-M” right from the church. They were bullied and beaten for several days, then put in a car and ordered to leave. As soon as the car left, everyone was shot. The russians hid the deaths of the brothers for a few more days and demanded money from relatives.

“Ruscists are afraid of the truth, like a fire, and feed their lives with propaganda,” says Eduard Kurylenko. The invaders not only destroyed the equipment of the Ukrainians, it was important for them to set up broadcasting of their propaganda, they consider the towers for signal broadcasting to be the military infrastructure. Fierce fights took place over the tower on Karachun Mountain. First, ruscists seized it and launched their propaganda broadcasting, the Ukrainian troops recaptured the tower, and then the russians completely destroyed the object with missile strikes. 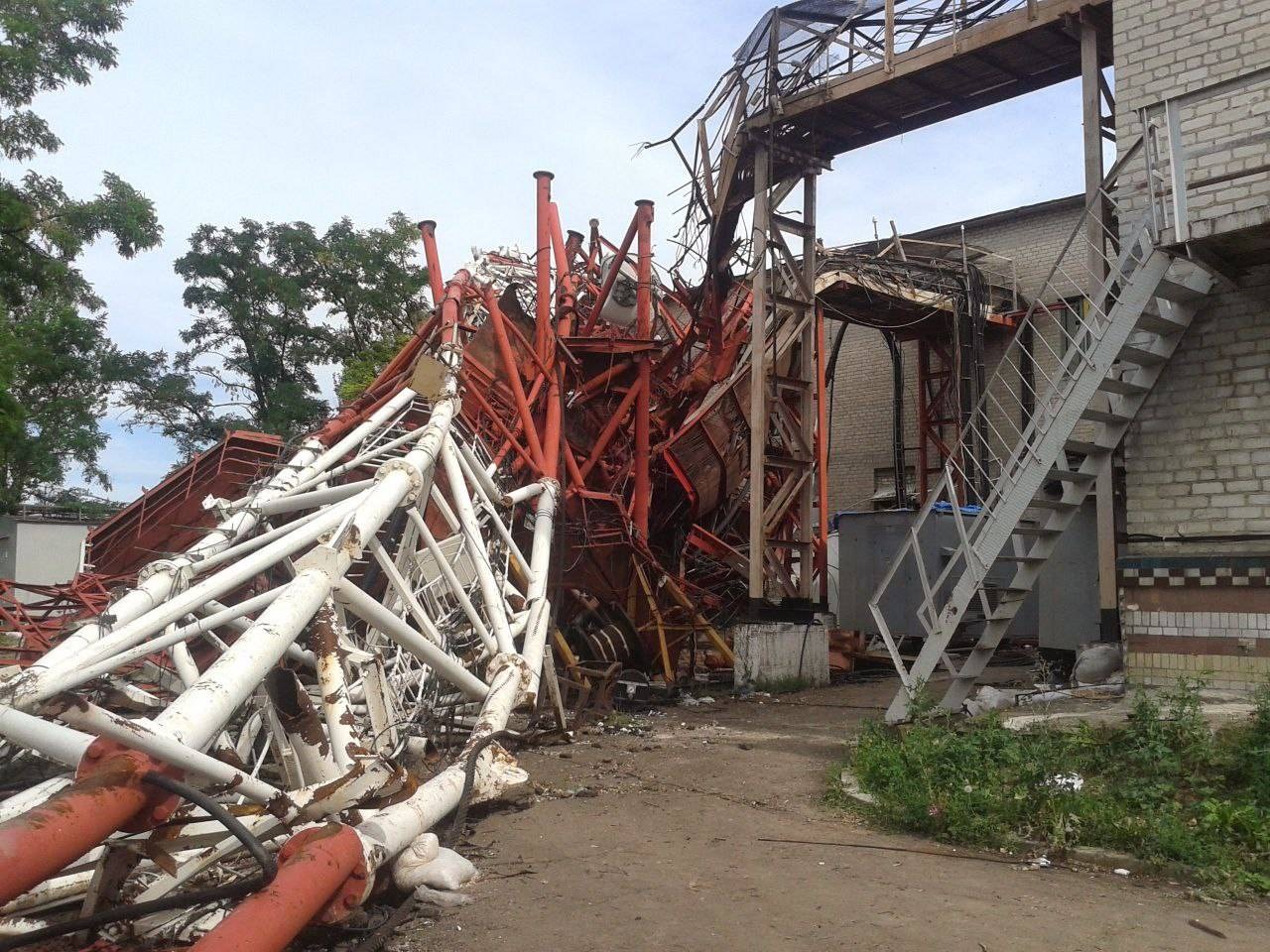 The destroyed tower on Karachun Mountain, 2014

After the liberation of Sloviansk, the “Radio-M” restored broadcasting in a month. Broadcast required a tall building, since the tower was destroyed. The Slavic media community found a way out, they started broadcasting from the water tower.

Later, the radio workers were supported by the Ministry of Defense of Ukraine, the National Council of Television and Radio Broadcasting of Ukraine, and American partners. Initially, broadcasting expanded to the town of Shchastia, and now the “Radio-M” is listened to in Kremenchuk, Odesa, Chernivtsi.

The moment of broadcasting of the “Radio-M”, Sloviansk

On February 24, the war came back to the region, but the broadcaster was ready for this.

Having been trained by military experience, the Slavic radio station evacuated its staff and transferred the necessary equipment to a safe place. And now it broadcasts from different cities and towns of Ukraine, often from basements and shelters. Since the beginning of a full-scale invasion of russians, the radio staff have been working under fire together with the employees of the BRT Concern, restoring towers after airstrikes of russian invaders. And now they go on with information resistance. 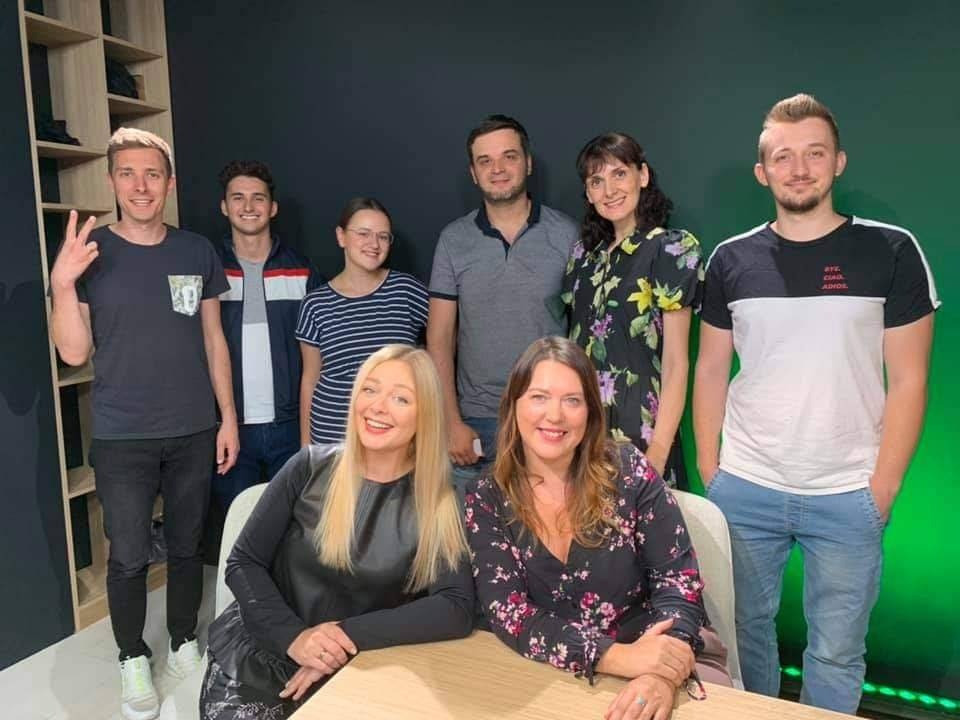 The “Radio-M” can be heard on the following waves:

“Radio-M” broadcasts 24/7, during 8 hours per day the radio broadcasts its own product. Content: informational and educational. The broadcasts are available on FB and YouTube platforms:

Currently, the broadcaster is being launched in Zaporizhzhia, is developing social networks, creating its own application, seeking support from foreign partners.