The media community of the world has supported Ukraine. This support is diverse and multifaceted. Media actors raise funds for Ukrainians, block russian propaganda, hold charity concerts, start broadcasting Ukrainian channels, and open Ukrainian radio stations. Ukraine is the main information topic in Europe and the world. Ukraine is known, talked about and helped.

Russia’s full-scale invasion of Ukraine was also the result of a large-scale propaganda lie pouring in and pouring out of Russia’s television trash, such as ‘russia today’ and ‘russia 1’.

The National Council of Television and Radio Broadcasting of Ukraine has appealed to European and world broadcasters to remove russian lies from the air. And our friends heard the Ukrainian regulator. 35 countries out of 47 member countries of the European Platform of Regulatory Authorities (EPRA) have completely or partially switched off russian channels. Poland, Lithuania, Latvia, Estonia, Moldova, and Greece immediately removed the occupiers’ propaganda from their air. 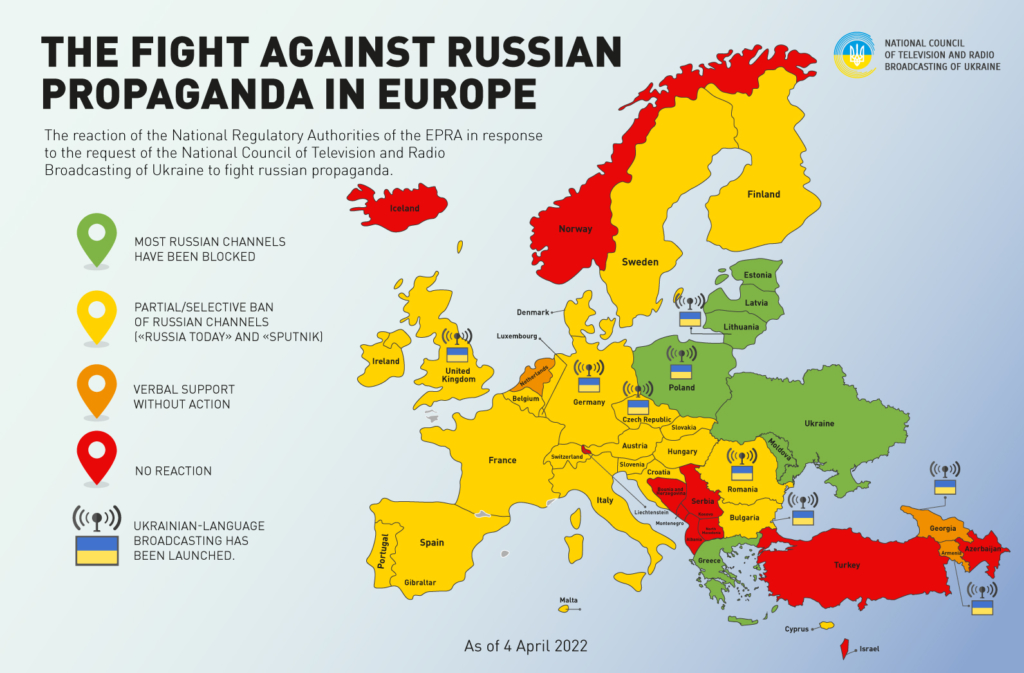 29 countries have restricted the broadcasting of russian propaganda channels in their territory – ‘russia today’ and ‘sputnik’ (27 Member-States of the European Union). Canada has also joined the fight against russian lies (‘russia today’ is no longer there either).

Instead of russian propaganda, European countries, like the whole world, transmit Ukrainian channels and offer programmes in Ukrainian. The main goal is to support refugees from Ukraine, to provide them with the opportunity to have contact with their homeland, to receive information about events in Ukraine in their native language. More than 15 countries have already implemented such initiatives, demonstrating their support for the Ukrainian people.

The Ukrainian-language content and Ukrainian TV channels, such as 1+1 International, UA TV, Ukraine 24, ICTV Ukraine, and Inter+ are broadcast in Bulgaria, Georgia and Estonia. In Armenia and Slovakia, they are working to broadcast RADA and Espreso TV channels, while in Romania they can be broadcast without requiring agreements from the rights holders. The United Kingdom invites Ukrainian broadcasters to contact the operator’s platforms of the Sky, Virgin, Freesat and Freeview to ensure their broadcast in the country. The media regulators of these countries offer their support and communication in order to establish communication between Ukrainian TV channels and domestic providers so that Ukrainian media is available in their countries as well. 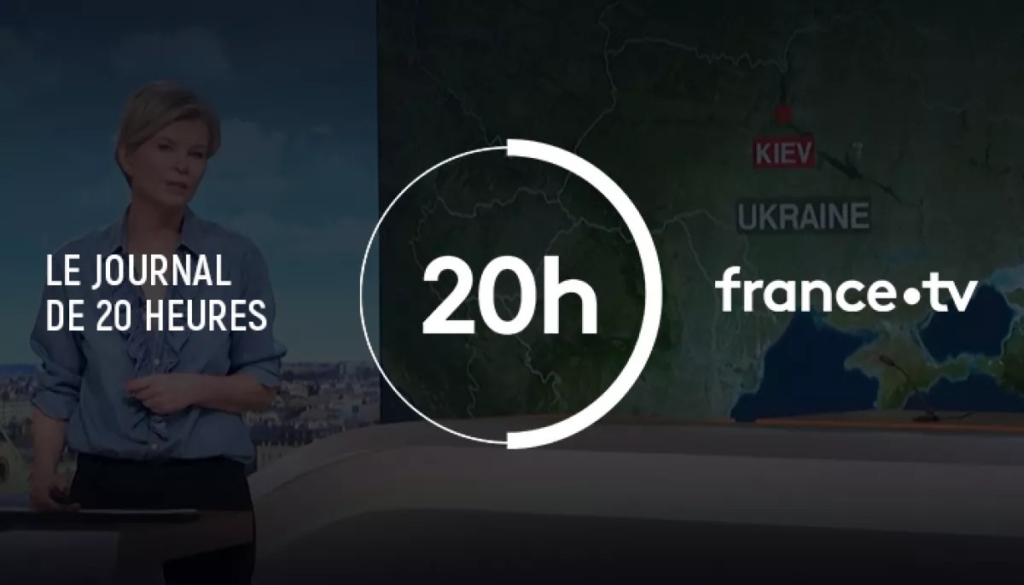 Especially many initiatives are implemented by European public service broadcasters. Content in Ukrainian is offered by various countries, including Romania, Poland, France and others. For example, French public service broadcaster France Télévisions has launched a daily programme “Le Journal de 20 Heures” which reports on Ukraine’s struggle against the russian occupiers. 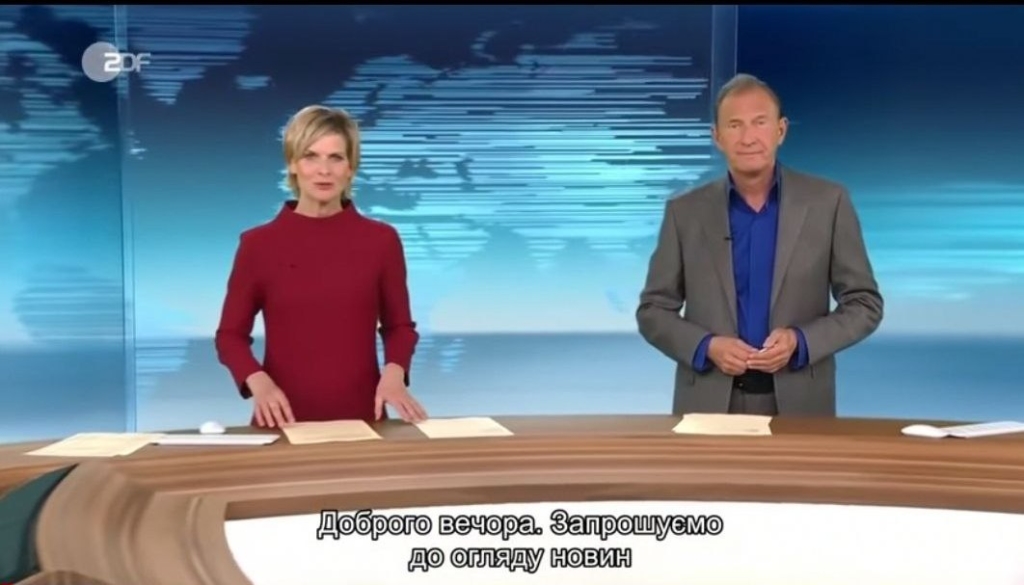 The main news programme “Udalosti” (“Events”) sounds in Ukrainian on Czech Television. Czech Television’s regional studios have set up an analytical and information service for Ukrainian refugees. The programme archive will be stored on the website ceskatelevize.cz/ukrajinsky. Polish TV channel TVP has decided to adopt children’s programmes in Ukrainian. Broadcasts of fairy tales have been developed on the TVP ABC channel: “Mysteries of the Animal Community” and the programme “Hello, hello!”. The Estonian public service broadcaster has launched retransmission of ICTV, Current Time, 1 + 1 International and Suspilne International on its online platform. 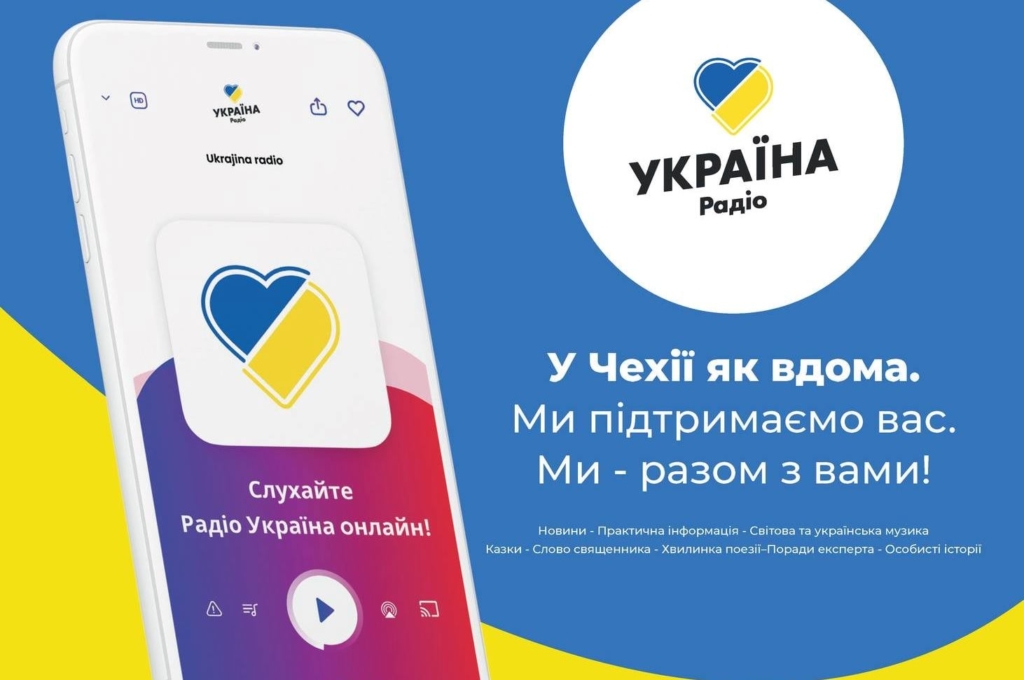 The largest Polish radio broadcaster RMF Group has created the Ukrainian-language radio “You are listening to RMF Ukraine!”.

Radio programmes are very helpful for Ukrainian refugees, as they provide much-needed information on how to get a variety of assistance in these countries.

Ukrainian channels are also appearing overseas. The Canadian IPTV/OTT operator Videotron has added the Ukraine 24 news channel to its packing. Initially, it will be free for all customers for 30 days, and then it will be available in a selection of custom channels to provide customers, who have family or friends in Ukraine, with access to real-time news in their native language. News in Ukrainian can also be read on the website of the Japanese public service broadcaster NHK World Japan, as well as on the popular Estonian news portal Postimees https://ukraina.postimees.ee/ 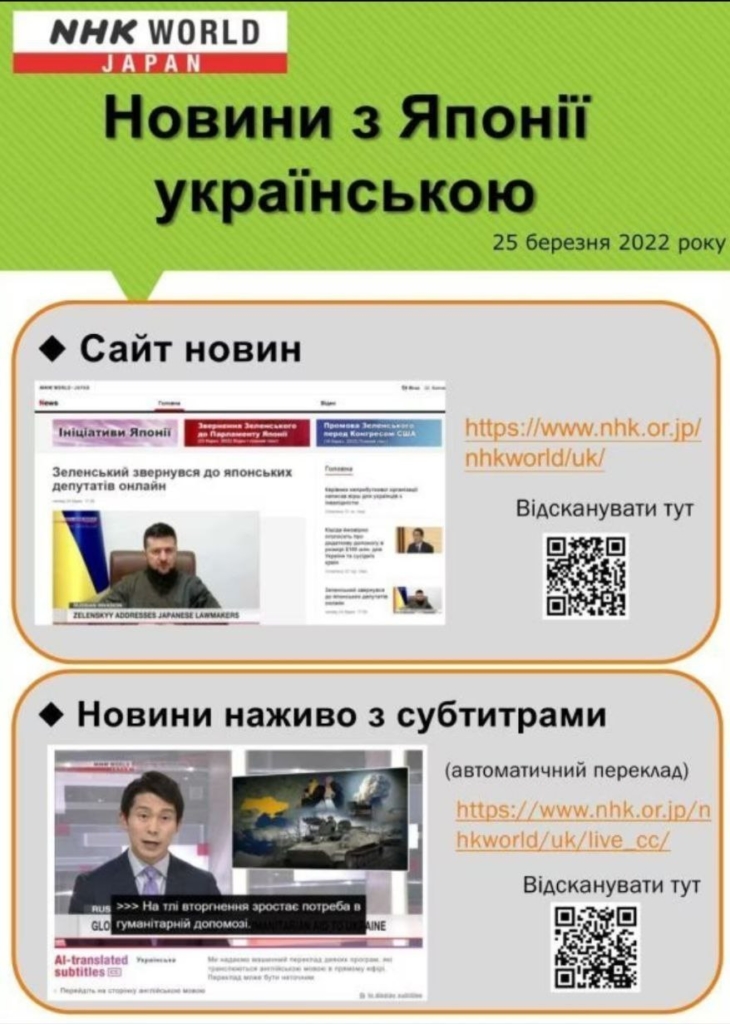 In support of Ukraine and its citizens, the world media and communications companies are implementing various initiatives. For example, the Polish TV channel TVP1 has launched the project “Give Ukraine a Hand”, the purpose of which is to provide informational assistance to Ukrainian citizens seeking help, as well as to those who want to help. 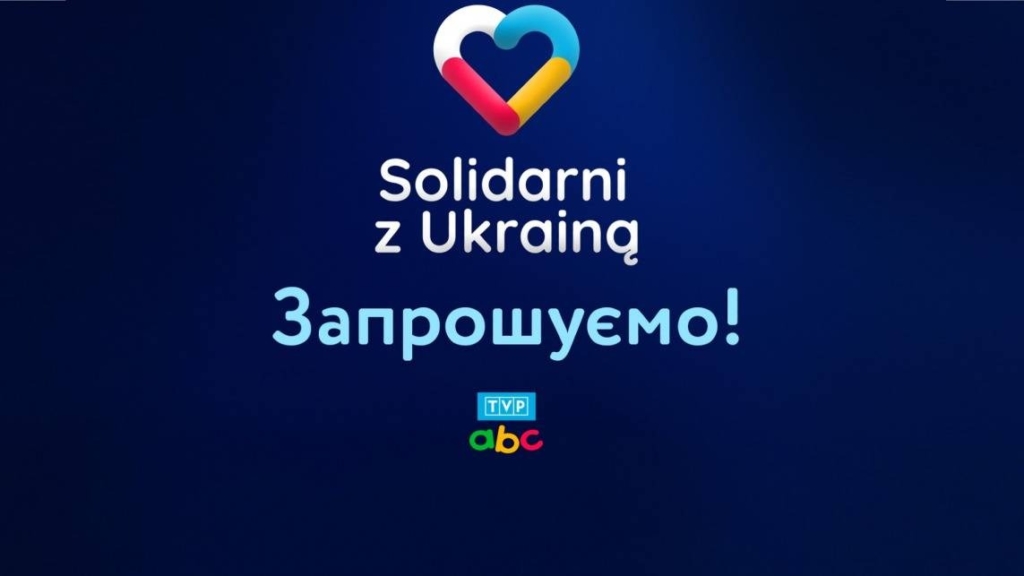 In Georgia First Public Broadcasting Channel GPB has a hotline to provide information assistance to Ukrainian citizens currently staying in the country, which provides any contact with the relevant agencies. In addition, several fixed and mobile operators offer free calls, text messages to Ukraine and roaming services as well. All these projects are the helping hand that Ukrainians abroad need so much to feel themselves in a friendly European family with much-needed support in these difficult times.

Europe has become one big charity music platform. And this is important because music literally unites people. It speaks of identity and self-expression, gives comfort, inspires solidarity, can calm, balance and restore. This is important during the terrible acts of the war. This is also the opinion of the European Broadcasting Union (EBU).

Since February 24, the beginning of russia’s large-scale military invasion of Ukraine more than 190 broadcasts of similar initiatives have been made by 45 EBU radio organizations from 34 countries.

Large concerts of popular Ukrainian and world performers raise such necessary funds for our citizens. Europeans do not spare their money for Ukrainians. And the celebrities consider it an honour to speak in support of Ukraine. 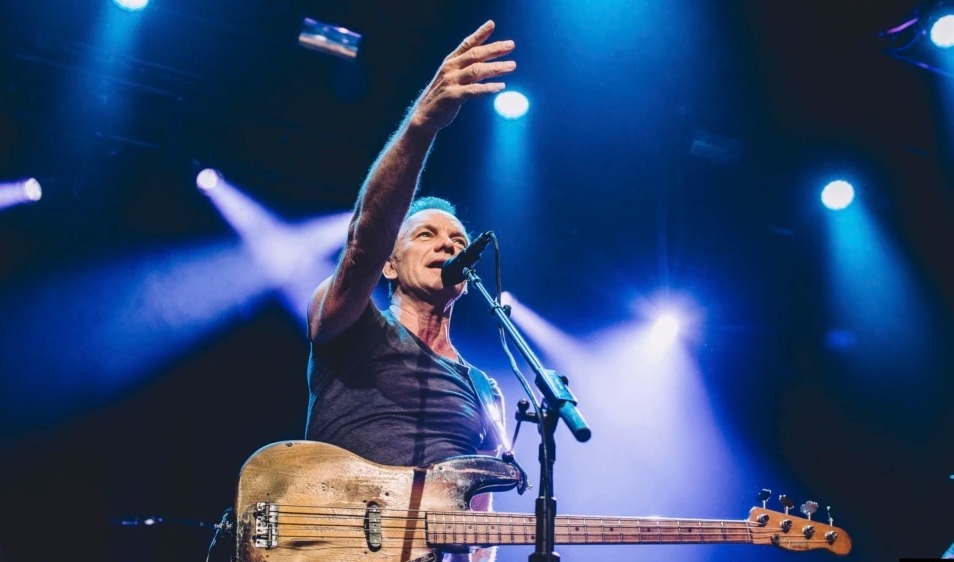 They are the Polish band Taraka, the singer Sting, the Bastille band from Great Britain, the Imagine Dragons band from the USA, the Brainstorm band from Latvia, Salvador Sobral from Portugal, the Swedish National Theater, the LT United band from Lithuania, Nino Katamadze from Georgia, Stefan Stec from Slovakia, Vlado Kreslin from Slovenia. 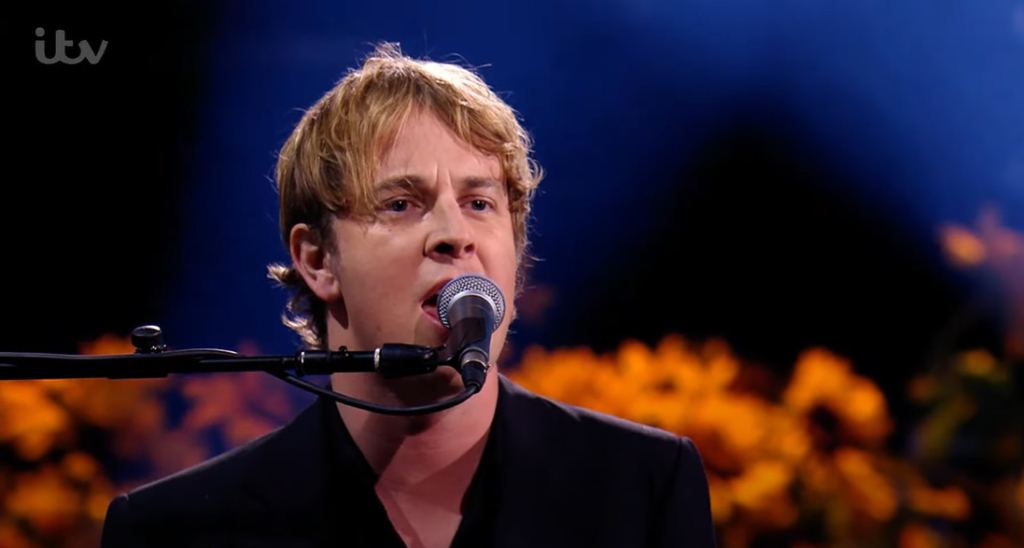 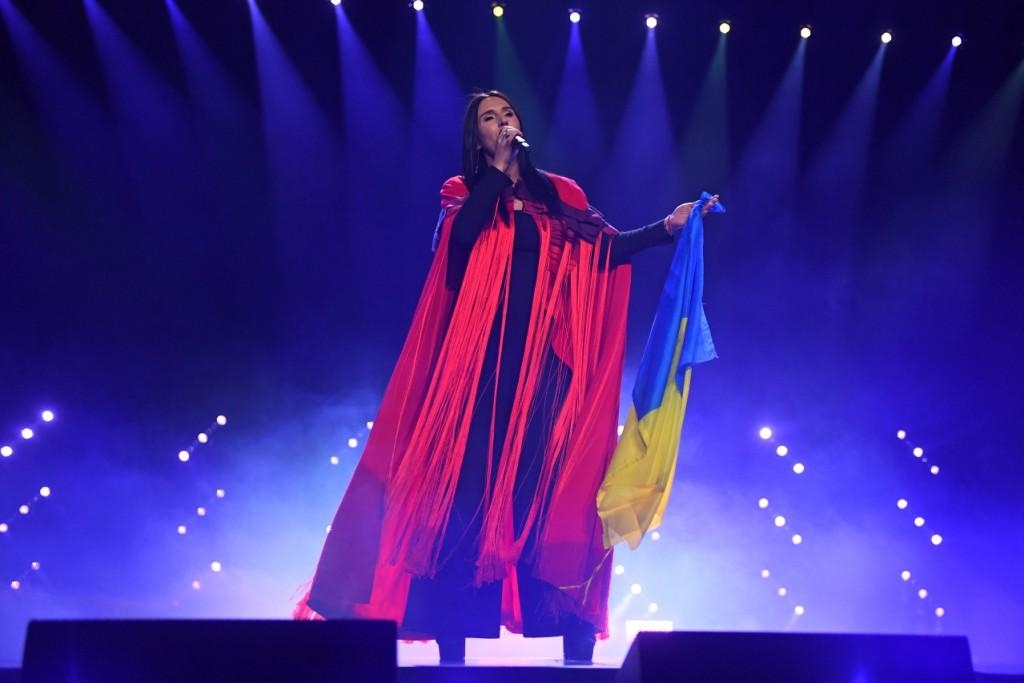 The charitable results of European marathons are impressive:

The Romanian TVR raised more than 4 million Euros for Ukraine during its marathon. 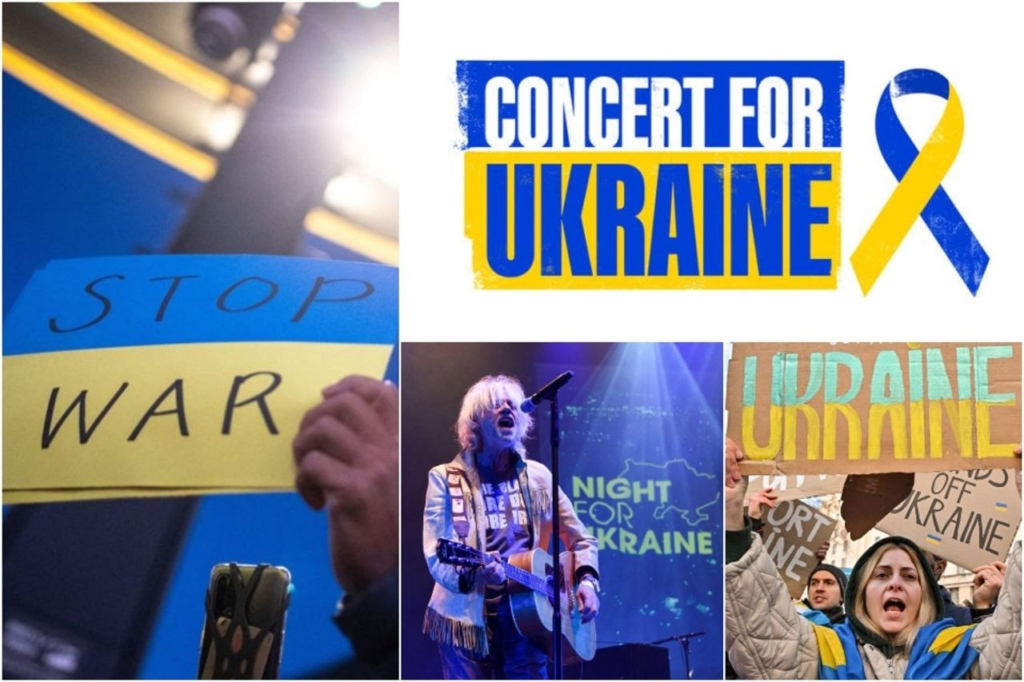 The charity concert “Together with Ukraine” in Lodz raised almost 8 million Zlotys for a Polish humanitarian action to help Ukraine. 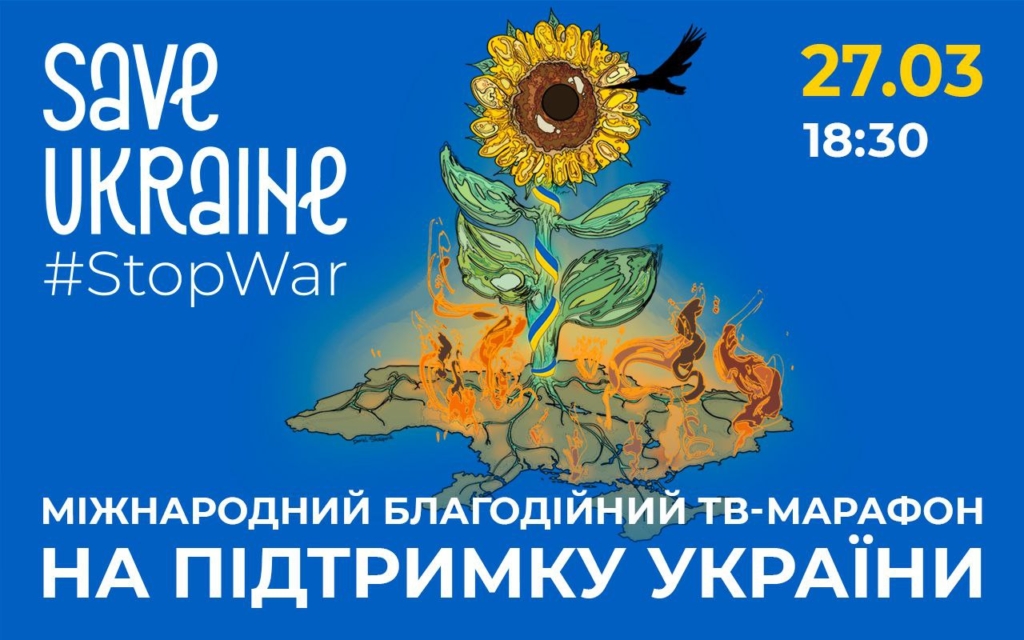 40 million UAH were raised during the telethon “Save Ukraine – #StopWar” in Warsaw.

The two-week marathon in Flanders on the VRT Eén and two main commercial TV channels Flanders VTM and Play 4 (administrative region of Belgium) raised almost 18 million Euros to help those affected by the war in Ukraine.

The public service broadcaster of Slovenia RTV Slovenia in cooperation with the Slovenian Red Cross and Caritas Slovenia organised a charity concert to help refugees from Ukraine. Its result is 799650 Euros.

And this is not a complete list of charity events. Such TV and radio marathons continue to be held all over Europe and a large charity concert is being organised by Spain.

Ukraine appreciates and will always remember the help of all European media, their humanity, self-sacrifice and support! Thank you for helping to keep the information front and withstand the russian military invasion!