Olha Herasimyuk, First Deputy Chair of the National Council, participated in the regional conference organized by the Council of Europe with the support of the Croatian Agency for Electronic Media “Addressing hate speech in the media: the role of regulatory authorities and the judiciary” that took place in Zagreb. On the second day of the conference, representatives of governmental agencies, media regulators, embassies, representatives of the judiciary and media experts from member states of the Council of Europe discussed how to create mechanisms to overcome hate speech in the media. 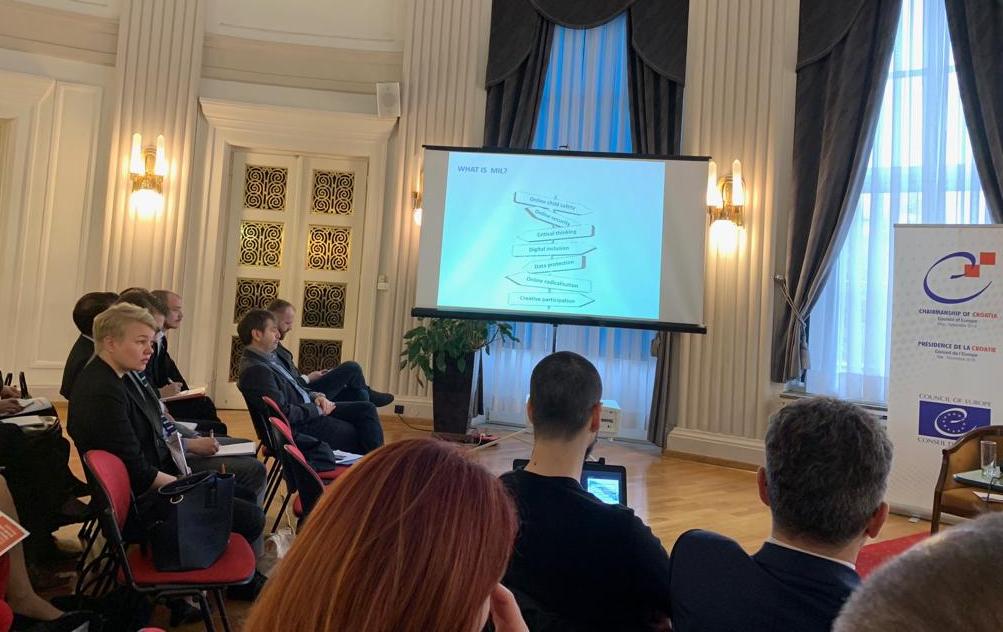 The conversation began with consideration of the problem of forming a public discussion on migration and refugee status. In his report, Tomáš Boček, the Special Representative of the Secretary General on migration and refugees of the Council of Europe, spoke about how to avoid diverging narratives and rhetoric of hostility, how to make the voices of migrants heard.

Participants’ attention was drawn to the experience and practice of individual Council of Europe member states, proving the effectiveness of improving media knowledge of citizens. Martina Chapman, member of MSI-JOQ Committee (Committee of experts on quality journalism in the digital age) noted the need for regulators, judiciary and self-regulatory bodies to cooperate and improve a common strategy for media literacy. After all, people who understand the basics of digital media literacy will be better able to control their actions than those who lack this knowledge. 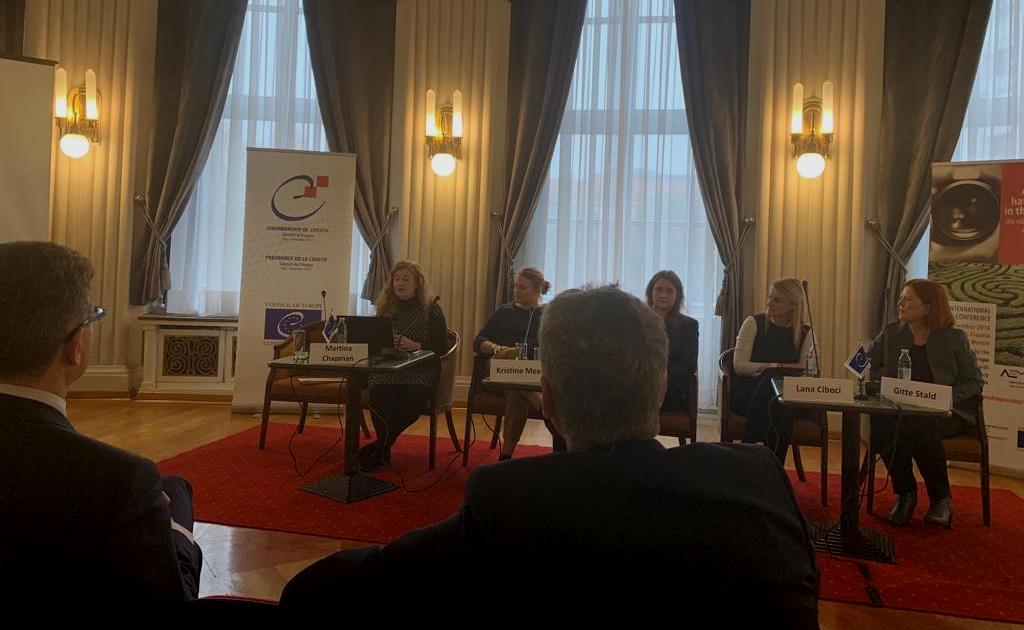 The representatives of Norway, Croatia, Finland and Denmark spoke about relevant experience in shaping critical thinking, ability to help and respond effectively to rhetoric of hostility through media literacy. It was noted that it is especially important to work with children, to teach them different practices that contribute to discerning attitude towards information. This aspect took a significant part of the discussion.

Kristine Meek from the Norwegian Media Authority cited data on how future generations develop their communications skill sets, from whence first signs of hate speech may appear. For instance, in Norway, smartphones are owned and used by 90% of children, who also have social media profiles from ages 10-11. For 48% of them, social media have become the main source of information. 28% of children recognized that they had experience in online bullying or negative comments, 14% – were harassed and 8% – threatened someone themselves.

Of the 15- to 18-year-olds surveyed, 66% say they face online news that they think is not true daily or at least once a week. The main source of fake news, say children, is Facebook (64%), Twitter, or Youtube (17%) and Instagram (14%). At the same time, 63% of children are confident or almost confident in their ability to distinguish between true and fake news.

The National Audiovisual Institute of Finland, said Saara Salomáa, initiates co-operation in media education with children. She argued that media education is not a negative thing, it’s a promotion and advocacy of a positive one. “We need education, support for social interaction, well-being and equality, but at the same time regulation and management”, she said. 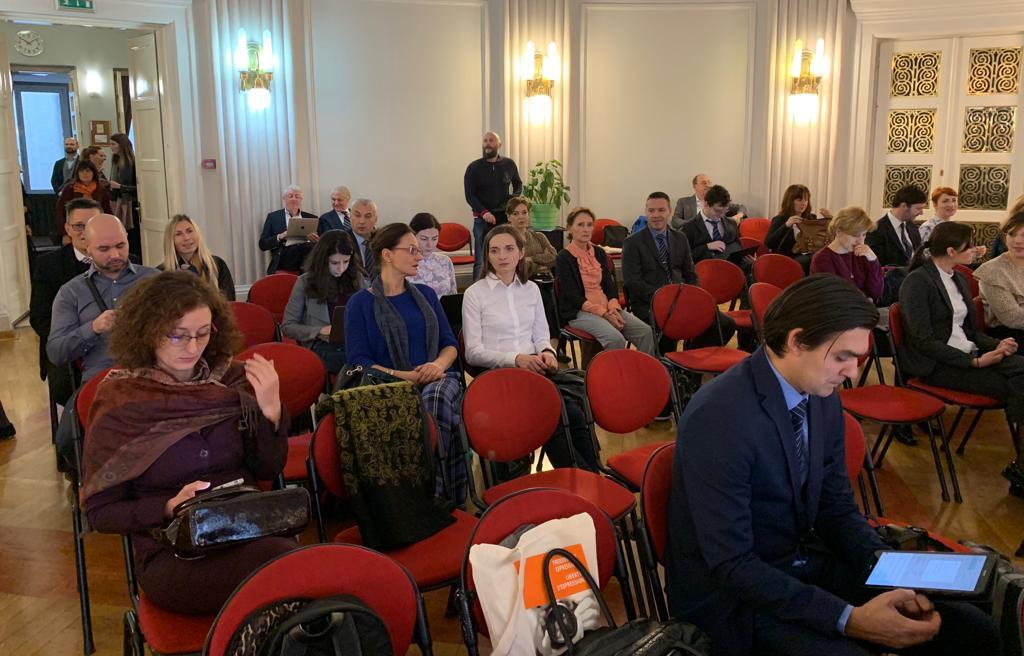 Every year in February, a week of media education takes place in Finland. It’s goal is to promote media literacy and increase the competence of teachers in this area. In 2018, 50 organizations were involved in the organization of diverse resources. More than 2000 kindergartens, schools, libraries, centers of work with youth have been registered as participants. The topic of the week of media education in 2019 will be “What is the illegal language of hostility” – an information resource developed by the Ministry of Justice of the country.

Media literacy, as acknowledged by Saara Salomáa, can not change the world, but can contribute to understanding the mechanisms of influence, critical thinking, social media orientation, self-expression, empathy in digital space.

An activist on the protection of human rights from Moldova expressed his opinion on this issue. According to him, thousands of educational activities will not produce the desired effect until responsibility of the media is achieved. In the current flow of information it is not possible to check the news or the message a hundred times. Media  responsibility is required for a product that is distributed to the audience. Without sanctions for activities that promote the spread of hate speech and disinformation, nothing will be effective. Thus, there needs to be continuous investment into education, because development must continue – and at the same time, it is necessary to set high demands for all types of media and communications. Media literacy is firstly and foremostly about human values and attitude to an individual and to life.

As a result of the discussion, the participants of the conference came to the conclusion that media literacy is one of the main means to eliminate hate speech and its consequences. Hostility, hate speech and offensive speech can be overcome only by starting to properly communicate with children who will set new vision, new attitude, new standards in the new society.

Media experts and lawyers Ihor Rokladai, Oksana Romanyuk, Maksym Dvorovyi and Pavlo Pushkar, as well as Iryna Ostap of the CoE Office in Ukraine, also participated in the regional conference “Addressing hate speech in the media: the role of regulatory authorities and the judiciary” as representatives from Ukraine.