On 14 December at the First Ukrainian Forum of Media Communities the Member of the National Council Serhii Kostynskyi shared the experience of the Media Regulator on development of local broadcasting. For the first time in history, in order to comprehensively discuss problems and challenges, future developments of the community media in Ukraine, with the support of the Council of Europe Office in Ukraine, authoritative experts, community leaders, as well as representatives of governmental, non-governmental and international organizations working on media communities development in Ukraine gathered on one platform. 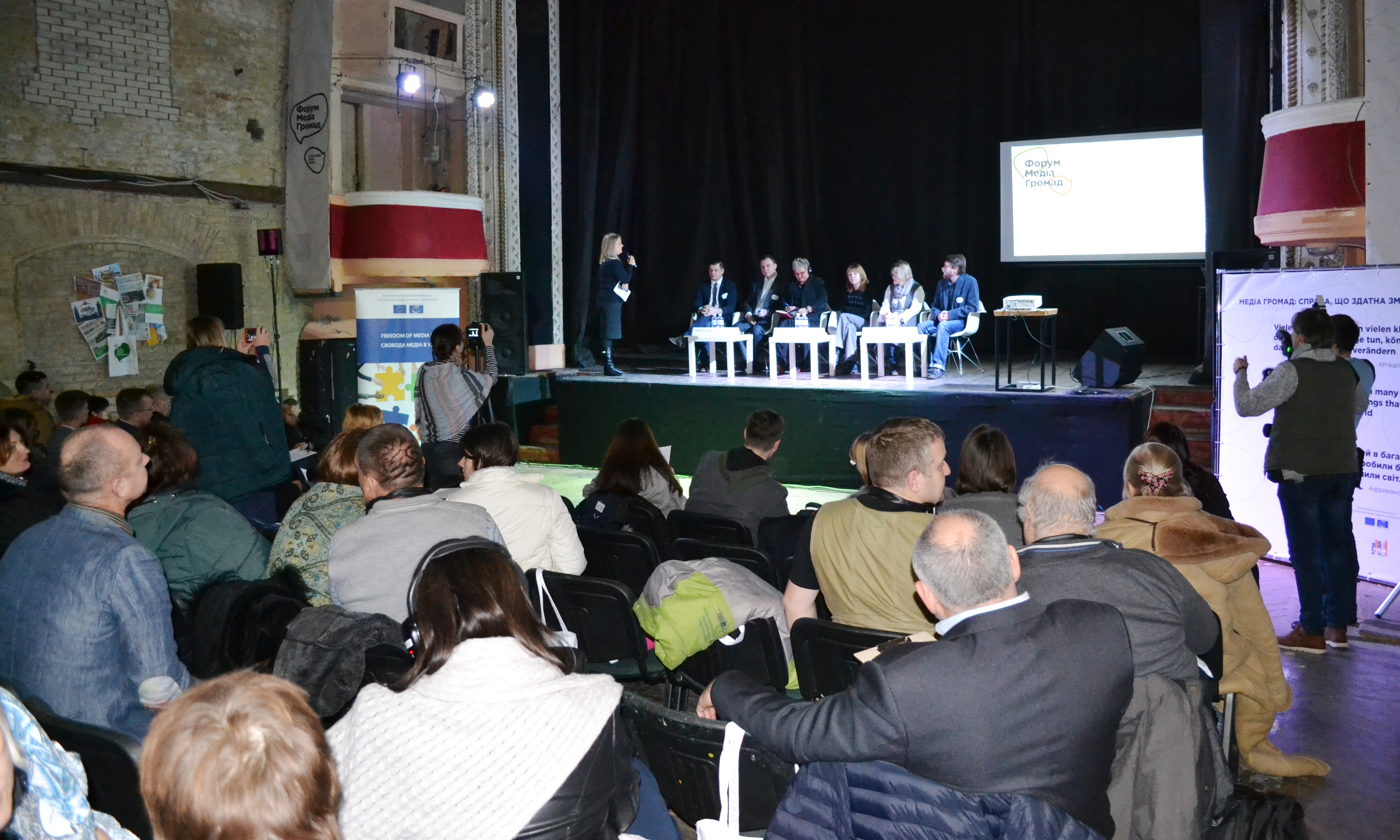 During the panel discussion on legislative regulation of media communities in Ukraine, Serhii Kostynskyi presented the results of work of the Community Broadcasting Project having been implemented by the National Council since 2015.

“For three years of work we brought life to 74 local radio stations. Thus, today in 22 regions of Ukraine 177 local broadcasters are working in the FM radio station format”, he said.

According to indicators of the analysis of the performed work, the local community of the Kharkiv Region was the most active. After all, during the period of the project this region out of all regions received the highest number of frequency allotments – 20. Instead, Mykolaiv and Kirovohrad Regions joined the process, and the National Council has just received their applications.

It is also clearly evident that the Regulator’s policy regarding the frequency distribution has not changed. Thus, 85 frequencies were given to the public broadcasting programmes, 77 frequencies – to local broadcasting, 53 frequencies – to regional radio stations, and, lastly, to private, network, national stations.

In general, during the period from 2015 to 2018, the National Council granted  97 frequencies to the broadcasting community, most of which – 57 frequencies, were given in the format competitions. 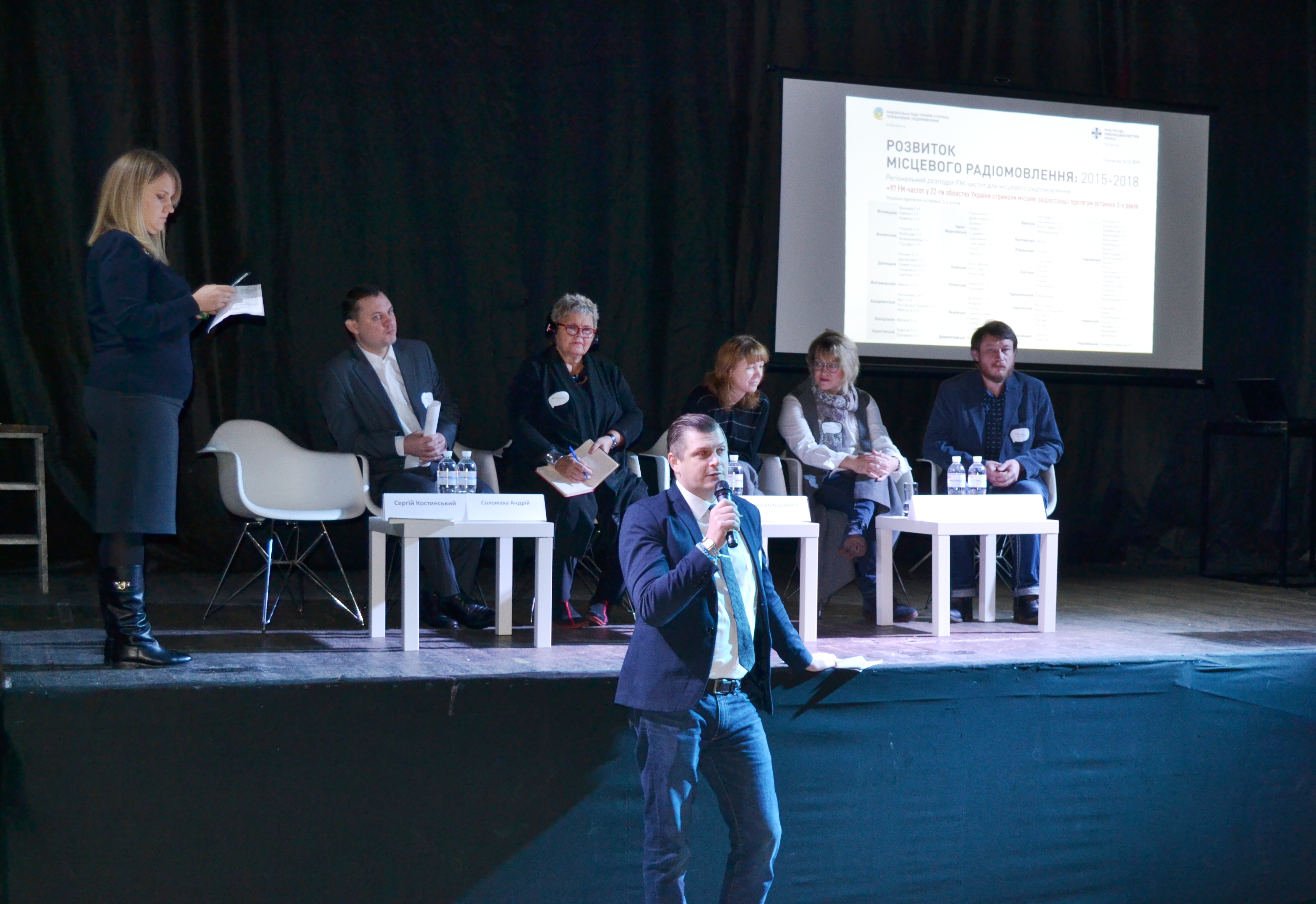 “The very implementation by the National Council of the format competitions made local broadcasters competitive and allowed them to win more frequencies,” said Serhii Kostynskyi. After all, the programme concept of such competitions suggests that at least 15% of radio stations should have broadcasts devoted to their region, as well as local programmes. In addition, only rebroadcasting of the public broadcasting programmes – “Ukrainian Radio”, “Radio Promin”, “Radio Culture” – are permitted.

“We understand that any local company cannot work 24 hours a day, and the rest of the airtime needs to be filled in. As a result, today 33 radio stations operate in 42 localities and rebroeadcast Public Broadcasting. Mostly, these are 24 radio stations, they retransmit “Radio Promin”, he emphasized.

Moreover, in his speech the Member of the National Council talked about the stages of the Project. In particular, he mentioned the elaboration of the step-by-step instruction “Organization of local broadcasting, broadcasting of territorial communities in Ukraine”, which describes the algorithm for obtaining a license for local broadcasting. It contains explanations on how to order the frequency for the locality, village, town, how to prepare documents for a competition, announced by the National Council, and specifications of the technical equipment required to run their own broadcasting. This document is accessible on the website of the National Council and will be updated next year, taking into account the previously gained experience.

Regarding the announcement of the following contests for the development of community broadcasting, Serhii Kostynskyi said that there will be an innovation in the future – and broadcasters, which can be retransmitted, will be joined by the military radio station “Army FM”, as the National Council has repeatedly received applications for the retransmission of this particular broadcaster. 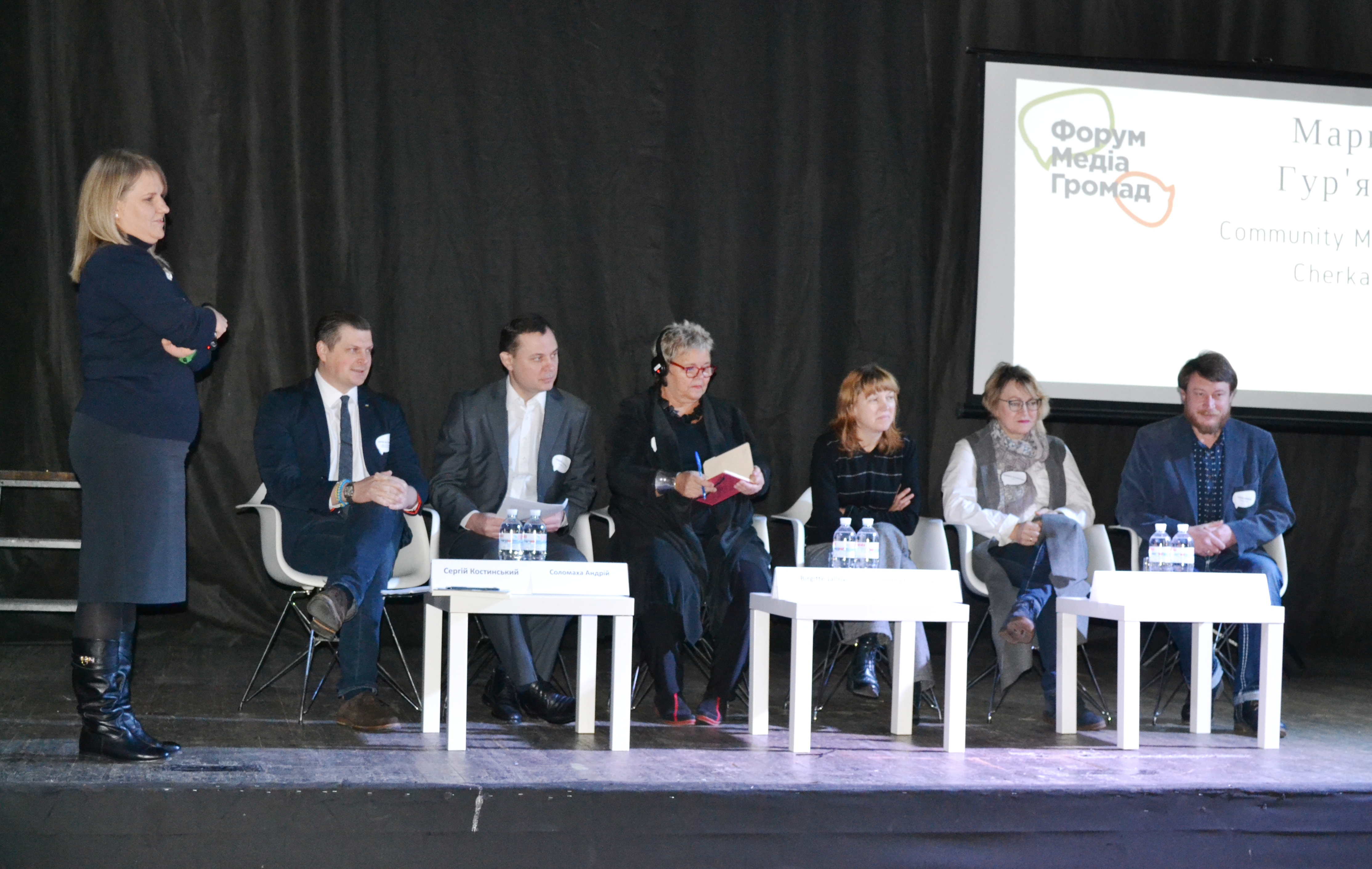 At the same time, he urged local companies to turn to the Regulator for the calculation of frequencies. “Do not wait for solutions from Kyiv, local broadcasting and media communities start with you. If you want to get on air, order the frequency”, he emphasized.

The first panel discussion on the legislative regulation of media communities in Ukraine was also attended by the Chairman of the Board of Directors of the Community Media Forum Europe Birgitte Jallov, telecommunications expert Andrii Solomakha, Head of the Center for Advocacy and Lobbying of the Independent Association of Broadcasters Olga Bolshakova, media lawyer of the NGO “Institute for the Development of Regional Press” Liudmyla Pankratova, Chairman of the Board of the “Charity Tuner” NGO Pavlo Novikov. The discussion was moderated by the Executive Director of the Independent Association of Broadcasters Kateryna Miasnykova.

High-level Conference «Artificial Intelligence and the Future of Journalism»

In April 2021, the daily volume of the Ukrainian language on the national radio met the requirements established by law