Lack of balance, premature agitation, incorrect disclosure of data of social polls – the Regulator has detected media violations during the election campaign

On February 8, a scheduled meeting of the Working group on monitoring the observance of electoral legislation by broadcasters, which was established under the eigis of the National Council, took place. Violations of the media election legislation, complaints, and the results of the analysis of the publication of media pricelist for political advertising were discussed with the participation of employees of the Regulatory Authority, as well as representatives of the NACP, the Independent Media Council, the Independent Expert Council, international observers, the public, etc. The First deputy chair of the National Council, head of the Working group Olga Herasymiuk, was chairing during the meeting.

In the 2 weeks that have passed since the last meeting of the Working group signs of violations of the electoral legislation were recorded in the broadcasts of such national and satellite broadcasters: “NewsOne”, “Maxi TV”, “Inter”. For example, “NewsOne” from January 30 through February 3 has expanded a series of broadcasts that were dedicated only to one of the candidates for the post of the President – Yurii Boyko. In general, it includes 43 series with a total timing of 52 minutes. Also in the period from 30 January to 5 February 2019 in the news “Topnews” broadcast stories devoted to coverage of the electoral process in Ukraine, their hero was only the same candidate. Activities of other candidates for the post of the President of Ukraine during the specified period in news broadcasts of this broadcaster were not covered.

TV channel “Inter” presented the news story about the election program of candidate Iurii Boiko. This is a violation of part 10 of the Article 64 of the Law of Ukraine “On the election of the President of Ukraine”, since campaigning cannot be placed in the news segments. 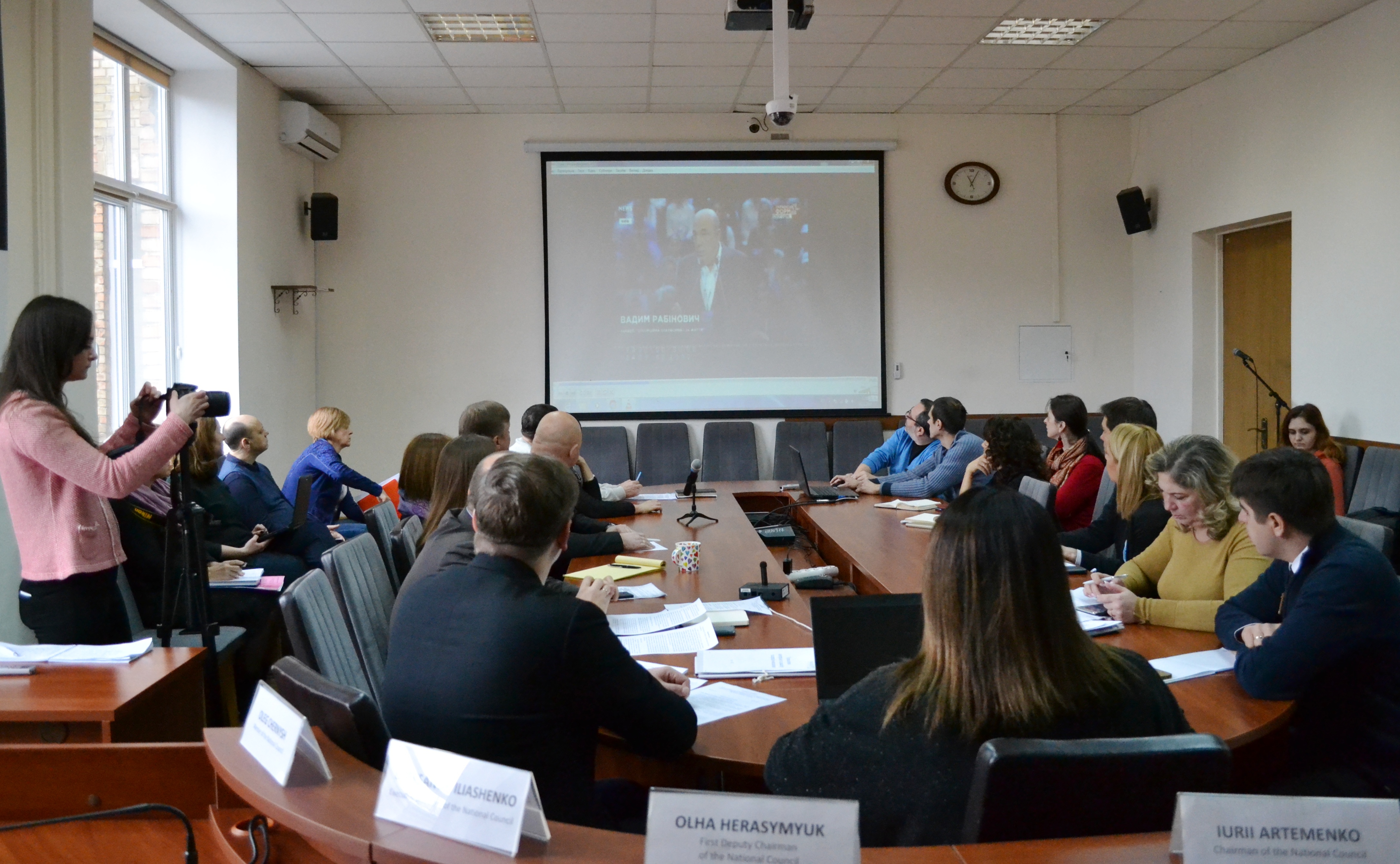 On the “Maxi TV” channel, the candidate for the post of the head of state Yevgenyi Muraev even before he was officially registered as a candidate at the CEC, talked about his activities as a candidate – that is political campaigning.

The National Council will send letters to these TV channels in order to get an explanation of the reasons for the broadcast of such materials. Also, these cases will be provided for consideration and receipt of the conclusions of the Independent Expert Council established by the Public Council. The fixed information will also be transmitted to the NACP and the CEC.

The Department of monitoring of the National Council registered  the publication of the results of sociological polls by the TV channel “NewsOne”, which was conducted without the provision of all necessary data as envisaged by law. Thus, the method of polling, the exact formulation of the question, the customers, the statistical error were not made public. 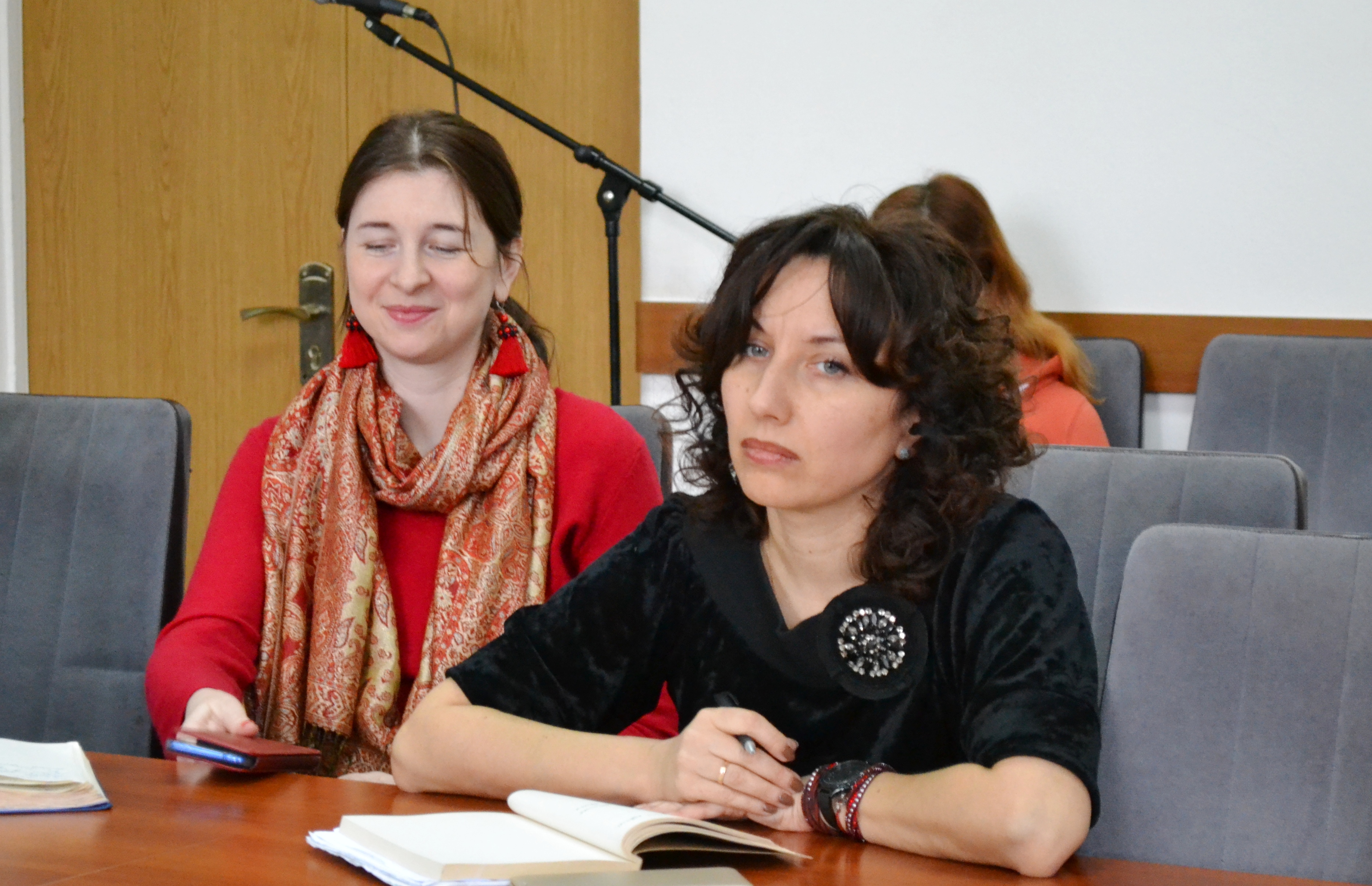 The inaccurate disclosure of the results of sociological research is a traditional violation by the TV and radio organization, the participants of the Working group noted. Media expert Diana Dutsyk drew attention to the fact that she noticed the same violations on the “112 Ukraine” TV channel. Member of the National Council Serhii Kostinskyi said that, unfortunately, the possibilities of the monitoring center of the Regulator are limited, as parallel monitoring of compliance with broadcasters and other legislative norms. Therefore, the National Council hopes that the public and experts will also notice violations and report them.

Despite the fact that legislation does not always specify sanctions for electoral law by the media, the National Council will inform broadcasters when they detect such cases on air. Subsequently, all accumulated material, according to Olga Herasymiuk, will be used, including for public events. The Regulator will initiate discussion of legislative gaps, new challenges and responses to them.

“Our main weapon is initiating public discussion of these problems, the trends that we find. They are becoming more and more diverse and acquire various intricate forms. We need to talk about this, so that we could, after all, be able to access the changes to the law sometime later,” she said. 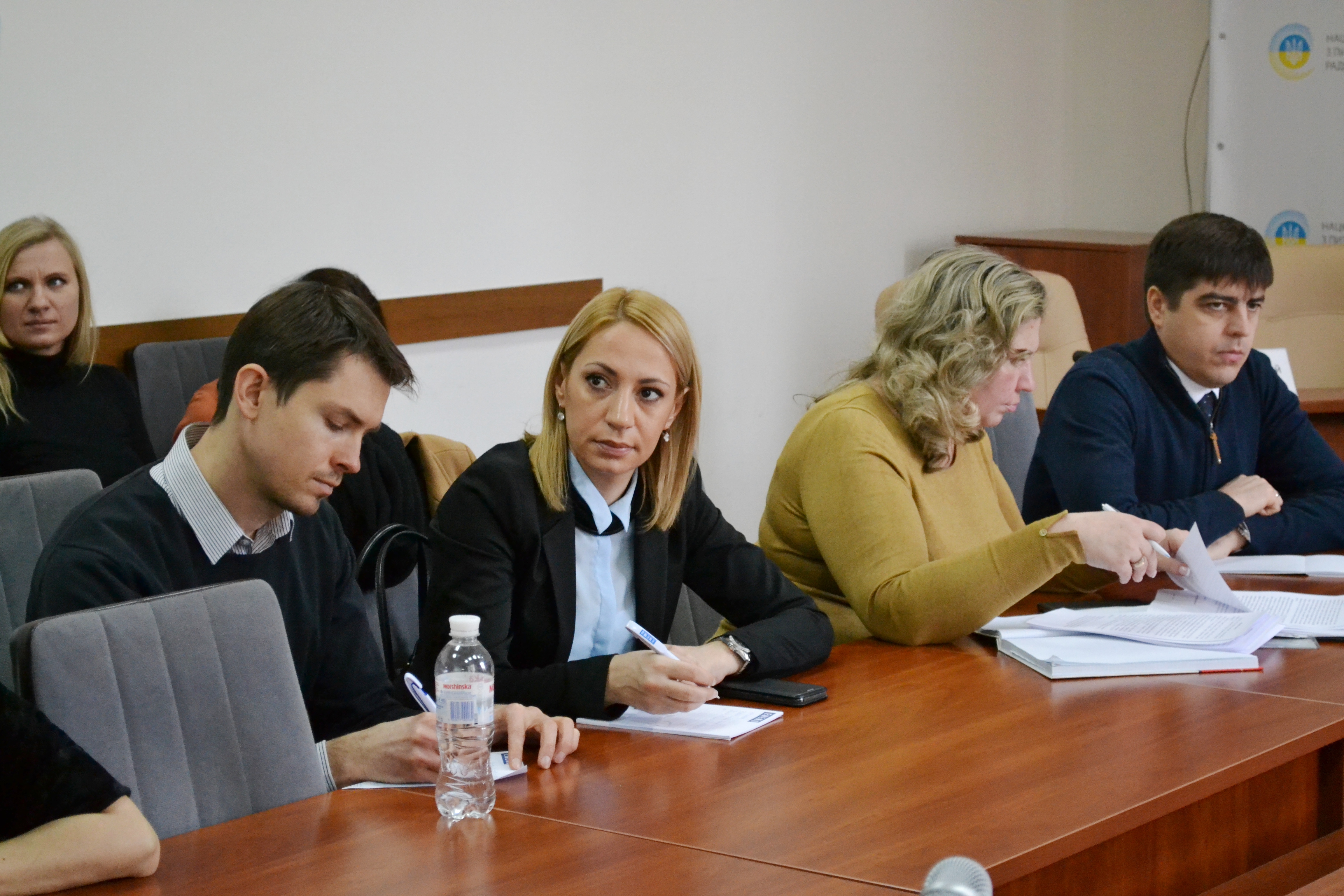 Participants of the meeting of the Working group examined the issue and the presentation of the audiovisual work “Yulia Lytvynenko: I ask the question”, which was broadcast on the air of “Pryamyi” channel. A journalist who is now a presidential candidate “asks the question” to other candidates. The work itself is essentially a video/ film about another candidate. Hence, to obtain the conclusion of this media product, the Working group will contact the Independent Expert Council.

The Working group also considered the complaint of Serhii Vlasenko as a representative of the candidate for the President Yulia Tymoshenko regarding the distribution of some inaccurate information about her by some TV channels. The Working group offered a legitimate way of response. The media lawyer, representative of the Independent Media Council Oleksandr Burmagin emphasized that, in accordance with part five of the Article 64 of the Law “On the Election of the President of Ukraine”, a candidate who believes that inappropriate information has been disseminated to him, has the right to refer to the media that published such information, and they should respond within 3 days. If they did not provide the answer, then the candidate solves this issue in court – “their address passes two instances in two weeks.”

Therefore, in this case, there is only one way – if the media refuses to refute false information – to go to court. In the event that case of defamation is proved in court, the injured party may ask the National Council to carry out an inspection of the media that spread it. The Regulator then will have grounds to apply to the licensee a sanction for the dissemination of biased information. 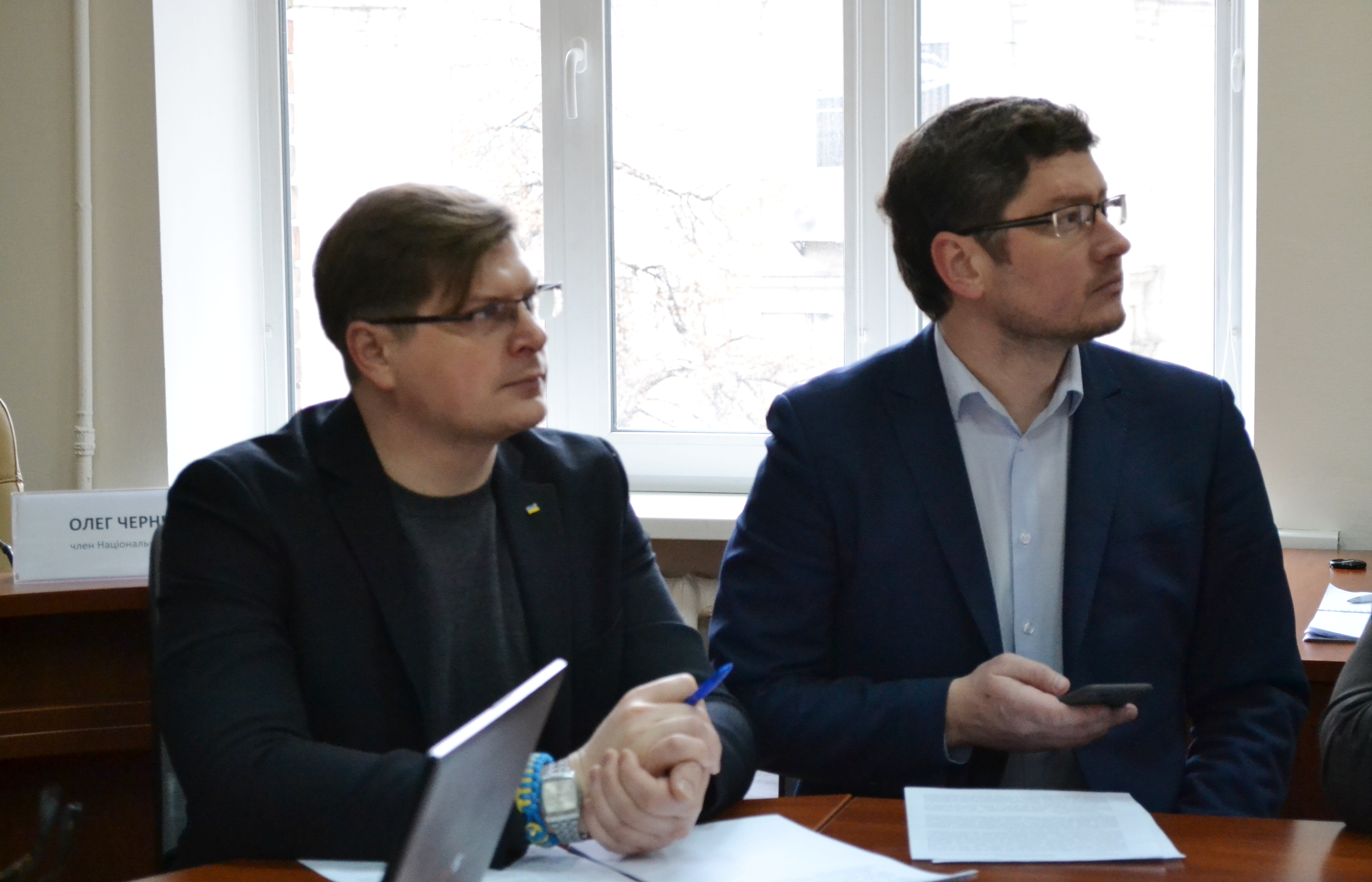 During the meeting of the Working group, data was reported on how national and local media complied with the requirements of the law on the disclosure of prices for political advertising. Media who had a desire to broadcast political advertising had to do so by December 31, 2018. It turned out that among the national radio stations 14 did it on time, and the station “Krayina FM” did not disclose the prices. Among the national TV channels, 22 broadcasters informed about their tariffs in a timely manner, 2 (Enterprise with foreign investments in the form of LLC “TRC NBM” and “TRIS” Express-Inform “5 Channel”) did it with delay, 4 licensees (State Enterprise “Parliamentary TV channel Rada”, Ltd. “Toteveld” (“XSPORT”), LLC “Goldberry” (“Espresso TV”), “Aspera 2011” (“Eskulap-TV”) did not do this.

Out of the 103 satellite TV channels, the official publications provided information on the prices of 43 companies, 7 did so in a timely manner, and in 53 of them no information was provided. 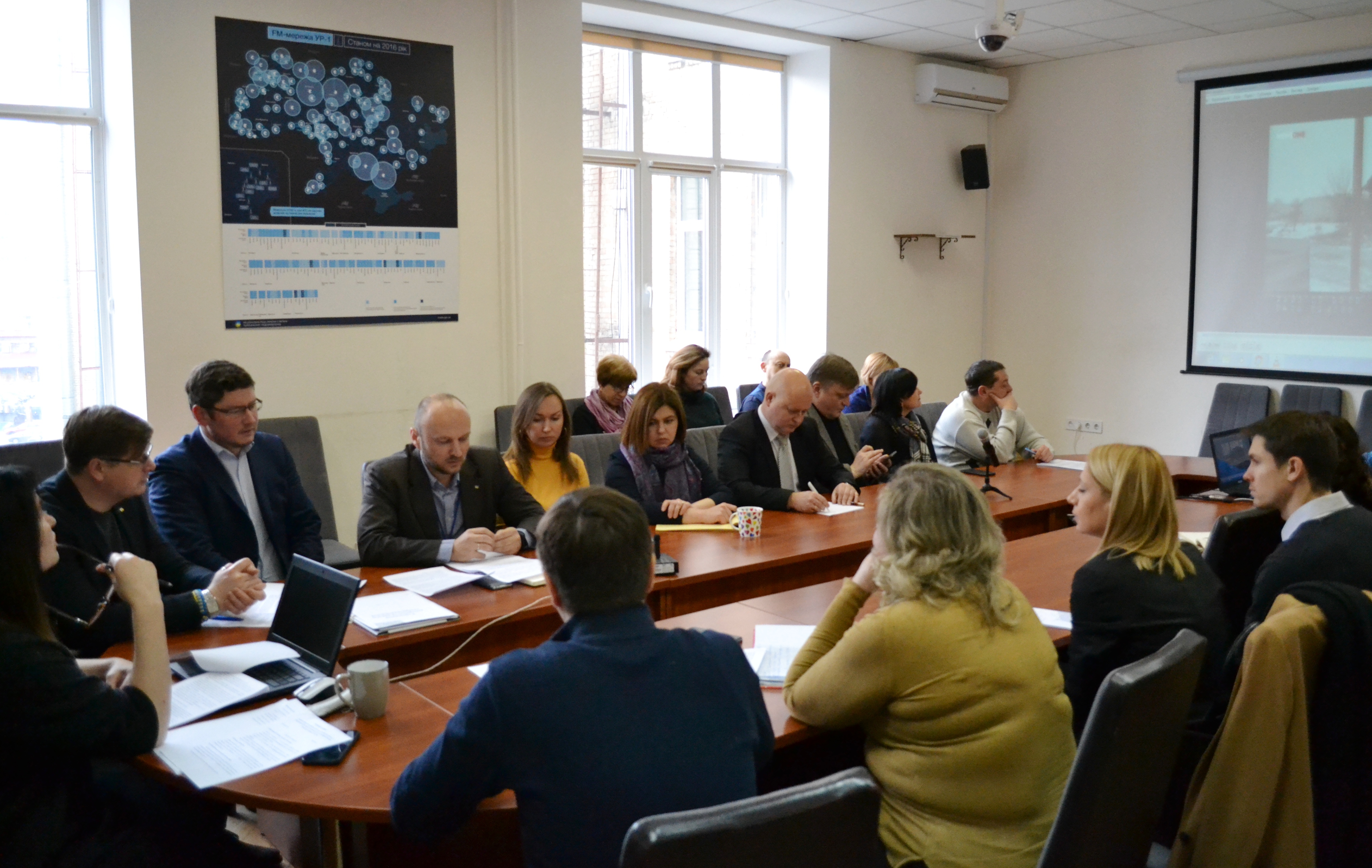 Among local and regional broadcasters, the head of the representative office of the National Council Serhii Savelyev, 323 TV and radio organizations published tariffs for political advertising, 123 – violated the terms, and 82 – did not publish the prices. They informed the representatives of the National Council in the regions that have no intention of distributing political propaganda in their broadcasts.

At the local level, broadcasters were confronted with a situation where, as a result of the reform of the state and communal media, many newspapers closed. So, in the districts there was simply no printed press where it would be possible to publish the tariffs. The members of the Working group agreed that such a situation would require changes to the electoral legislation and the definition of other possible ways to publish the prices for the placement of political campaigning. 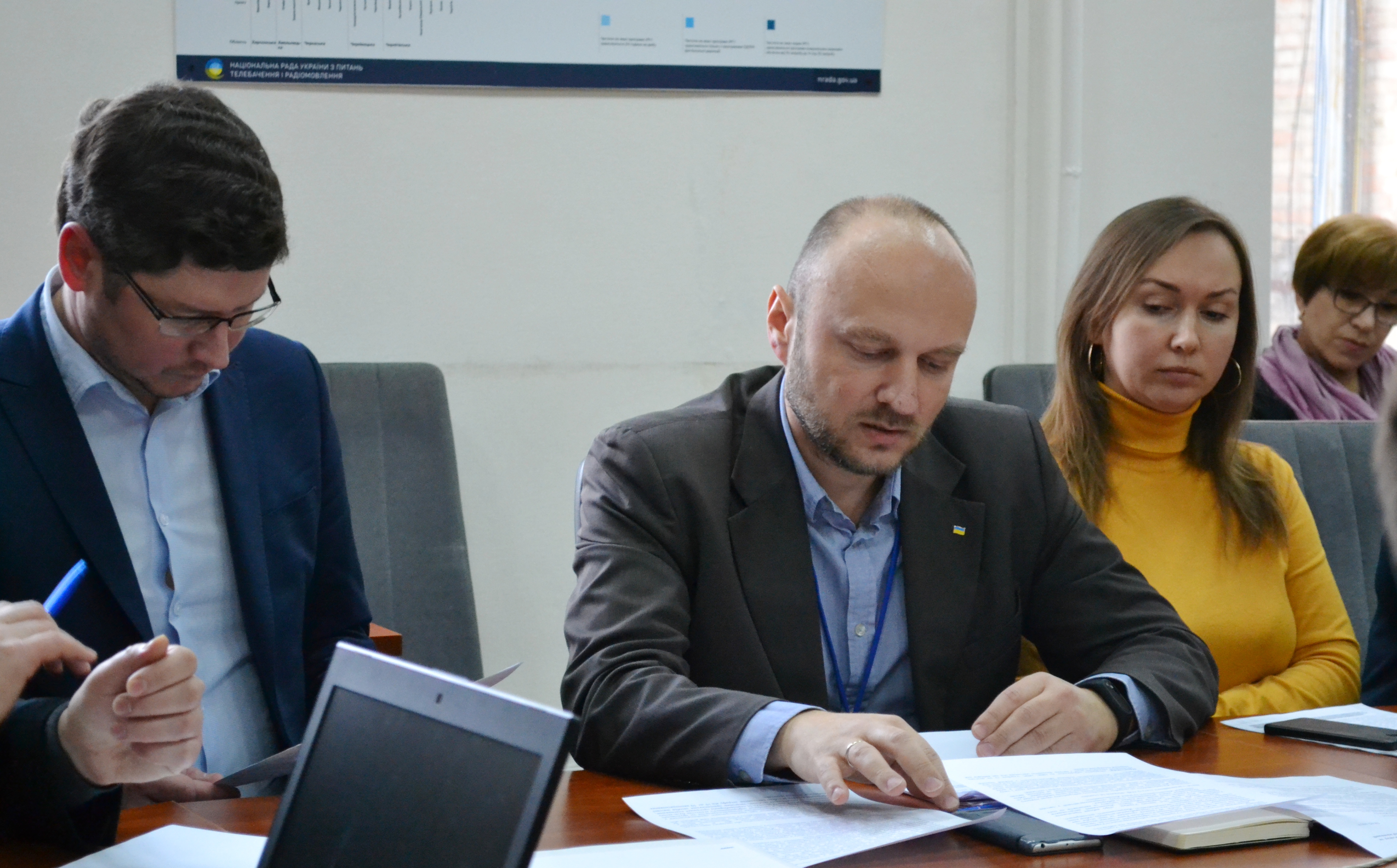 The Working group decided that it would be necessary to monitor those media who did not publish prices for the broadcast of their political advertising. Moreover, on the proposal of the Department of control and analysis of broadcasting the volume of advertising broadcast by the broadcasting organizations will be monitored: whether it does not exceed the statutory norms in connection with the increase in the number of materials for election campaigning. This issue will be put on the agenda of the next meeting of the Working group. In January, according to the head of the Department of control and analysis of television and radio broadcasting Roman Kifliuk, such violations were not recorded. This, in his opinion, is due to the fact that the number of registered candidates for the post of the President was insignificant.

Natalia Klitna, who was elected coordinator of this advisory body, informed the audience about the creation of the Public Council of the Independent Expert Council. According to her, the media experts of the expert council are set to work productively, and they will try to promptly give a conclusion on all enquiries. 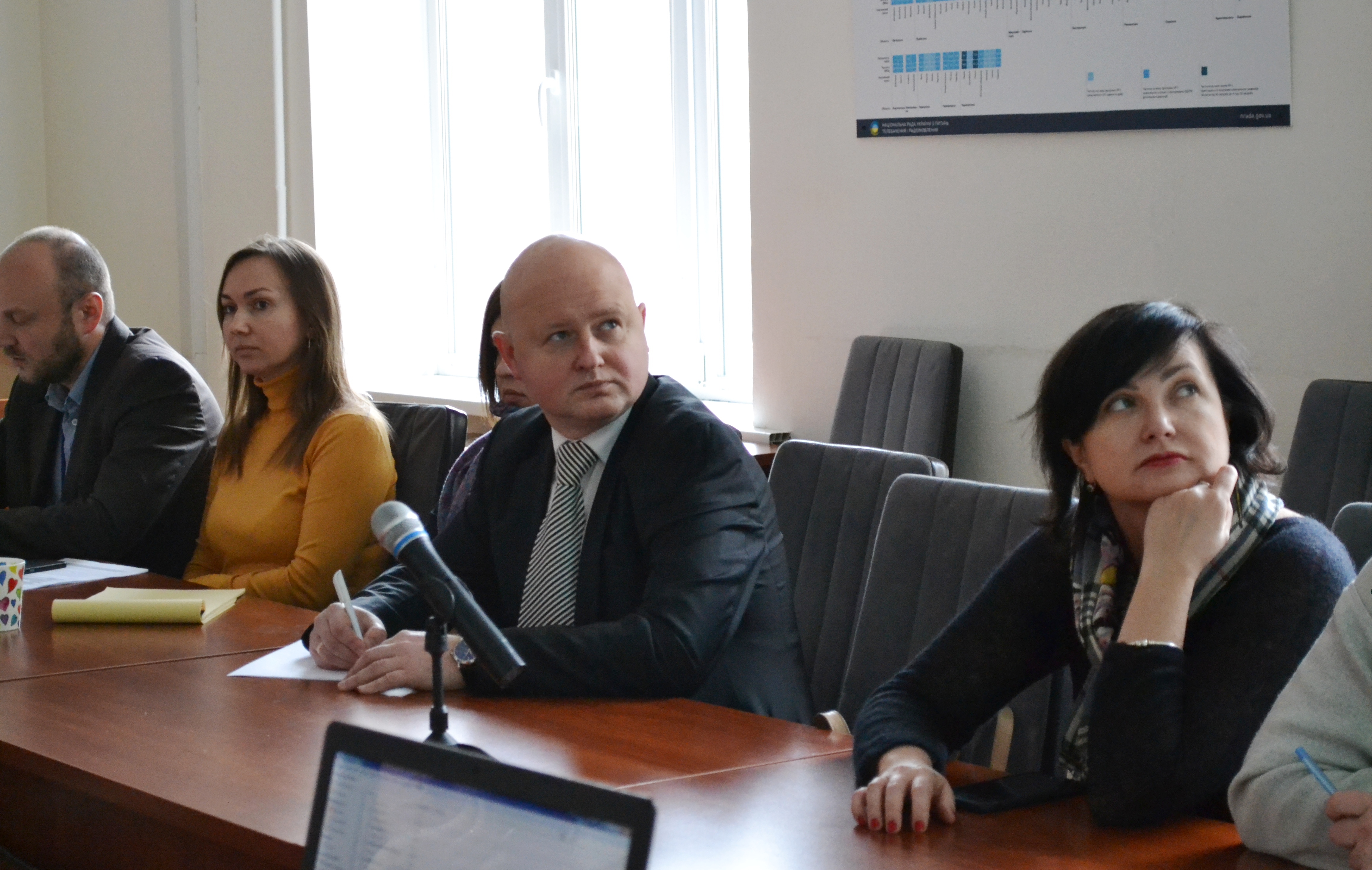 The next meeting of the Working group of the National Council will be held on February 22 at 11:00.