Thank you for brotherly support in time of war: Ukrainian Media Council Chair

Regardless of their personal beliefs and diverging views of their companies, Ukrainian journalists all stood united by one common belief. Numbers do not matter when our audience is being killed, said TVP World’s guest Olga Gerasymyuk, the Chair of the Ukrainian National Television and Radio Broadcasting Council, who thanked the Polish media on behalf of the united media of Ukraine.

Like its usual dictatorial fashion, the Russian’s invasion of Ukraine is characterised by the targeting of media outlets early into the war. As soon as the first explosion roared over the skies of Ukraine however, the journalists of the country converged in one studio and started broadcasting out of their own initiative. Media, private or state, came in unison and launched a broadcasting marathon. Journalists of different channels and spectrum immediately decided to speak in one voice, abandoning all other content, and focused on bringing light to the situation of their homeland 24/7.

In the interview, Ms Gerasymyuk expressed her wish that media of other parts of the world would never have to be in a situation where they would have to unite the same way those in her country did, but should the need arise, the Ukrainian media serves as an example to follow.

Ms Gerasymyuk touched on the age-old question that transpired the journalistic profession: what does it mean to be a journalist, a question that usually raises many discussions. But as soon as Russia decided to encroach on Ukraine, and by extension the rest of the world, it became clear: a journalist is every citizen, every soldier, every man and every woman who are willing to stand united in a common belief in making their voice heard.

It is important for people of the world to grasp the urgency of what is going on, and our guest commended the bravery of the forign journalists that set foot on the war torn country to facilitate the crucial mission, as the war started by Russia targets not only Ukraine, but threatens the entire world.

The Chair of the Ukrainian National TV and Radio Broadcasting Council expressed that of all the foreign media, Poland is one of the first to reach out, and provide valuable information to and from Ukraine to the world. She values the brotherly bond, and thanked Poland and the Polish media on behalf of the united media of Ukraine. 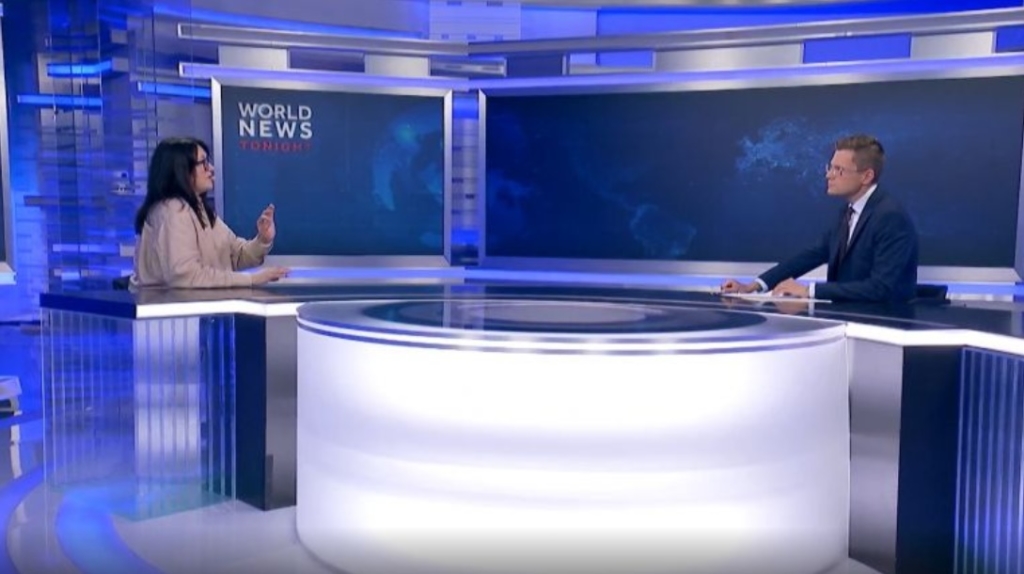