On 28 February 2018 the Round Table “Models of Public Broadcasting Financing: International Experience and Ukrainian Context” was held in Kyiv, Ukraine. The event was organized by the PJSC “National Public Broadcasting Company of Ukraine” in partnership with the Council of Europe Project “Strengthening Freedom of Media and Establishing a Public Broadcasting System in Ukraine”, the European Broadcasting Union, the National Council of Television and Radio Broadcasting of Ukraine, the Ministry of Information Policy of Ukraine, non-governmental organisations “Detector Media”, “Centre of Democracy and Rule of Law” and “Institute of Mass Information”. Public broadcasting in Ukraine is extremely important, since it is not affected by any of financial groups or political parties, and as a result, such broadcasting is able to provide true, impartial and balanced news for every citizen. The independence of the Public broadcaster is a key requirement of all Council of Europe standards on the media and freedom of speech.

The discussions on this topic was caused by the lack of budget financing of the NPBU, which, instead of the statutory provided amount of UAH 1.09 billion, has obtained funds from the State Budget of Ukraine by only 50%, which amounted to only UAH 766.6 million. True independence is based on proper and sustainable financing. Practice has shown that the current system of Public service broadcasting financing from the general fund of the State Budget did not allow to fully finance the PJSC NPBU and poses risks for the editorial independence and stability of the broadcaster, for its technical development, and therefore such model needs to be improved. 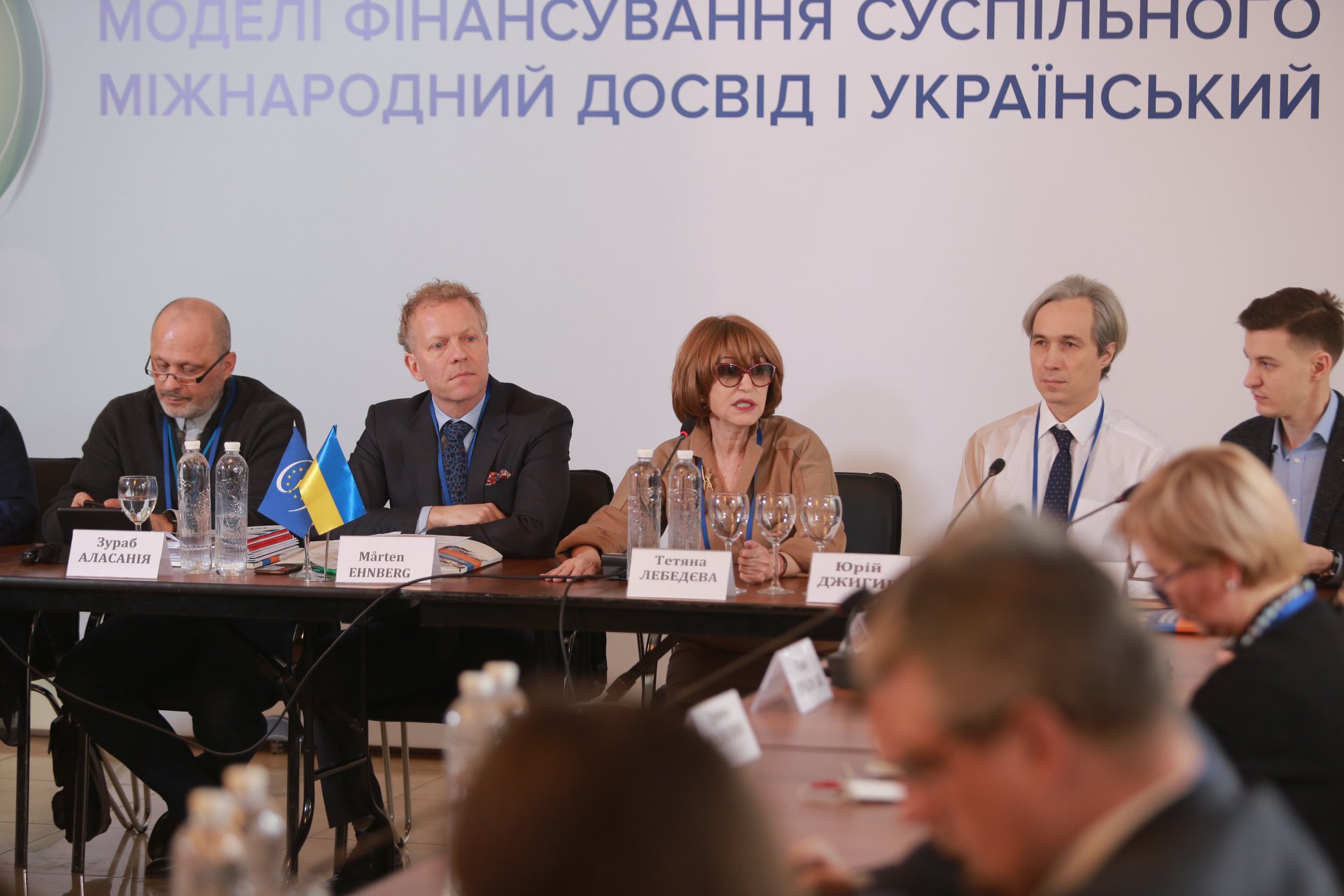 Mrs Tetyana Lebedeva, the Chair of the NPBU Supervisory Board, informed that the NPBU Managerial Board has drafted the annual Activity Report 2017, as well as the Plan of Activities 2018. However, it is actually impossible to approve this plan, as the current situation implies that in April to June activities of the Ukrainian Public broadcaster may be stopped: if funding issues are not resolved, all the positive work that have already been done during the previous period will be neglected because of the inability to transmit the signal due to the lack of finances. This will negatively change the international image of Ukraine. The country has commitments to the European community and they must be fulfilled.

During the discussion, the vision of the problem was expressed by Mrs Olha Herasymiuk, who spoke in her two roles – as the First Deputy Chair of the Media Regulator and as the Representative of Ukraine in the CDMSI. She noted that monitoring and supervision over the development and improvement of public service broadcasting in Europe is one of the priority issues of the CDMSI, and the situation in Ukraine related to difficulties of the related reform belongs to the top concern of the Committee. 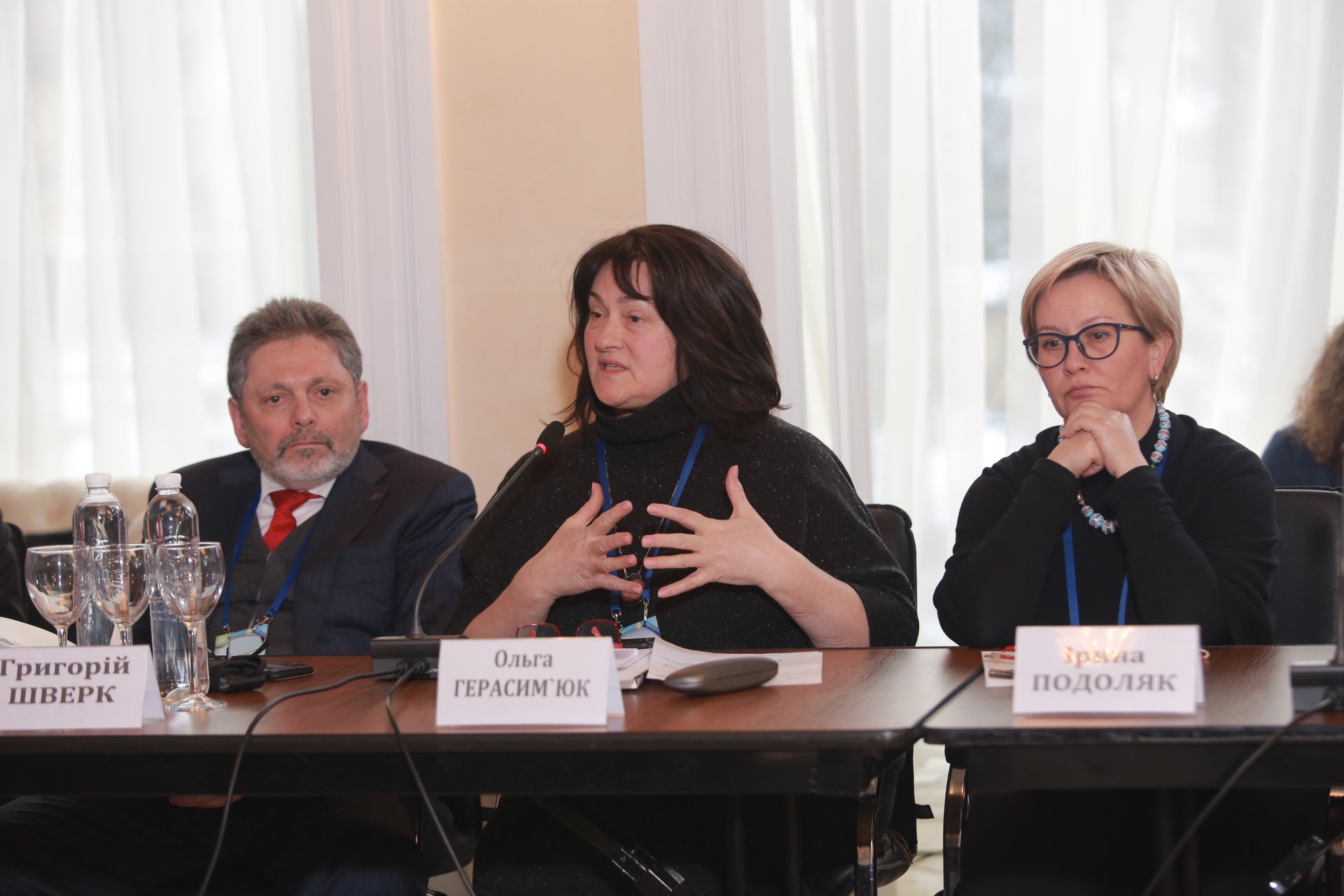 Mrs Olha Herasymiuk provided examples of funding problems in countries such as Bulgaria, Greece, Bosnia and Herzegovina, Ireland, Romania. The participants were informed about the funding challenges of the Public service broadcasting in Switzerland that have been dragging on for a long time and were decided to be finally reflected by the national referendum. She also outlined that the Council of Europe  Platform for the Protection of Journalism and Safety of Journalists that monitors related violations in the Council of Europe member-states has already placed three alerts with regard to pressure on the Public broadcaster of Ukraine. Ukraine should have replied constructively to such alerts. The problem of the NPBU underfunding still remains unresolved both on the Platform and in fact.

The factual underfunding of the NPBU was immediately responded by the international community when 20 diplomatic representatives and representatives of the structures of Europe and the United States signed an appeal to the Parliament of Ukraine. This was an extremely important support that cannot be ignored by decision makers.

Mrs Olha Herasymiuk concluded that the problem is greatly deepened with the absence of any information campaigns on public broadcasting. If the Public broadcaster by itself engages in educational work with parliament members, government officials and citizens, who are unaware of benefits that they can be offered by the public broadcasting, the followers of this reform will certainly enlarge in their number. 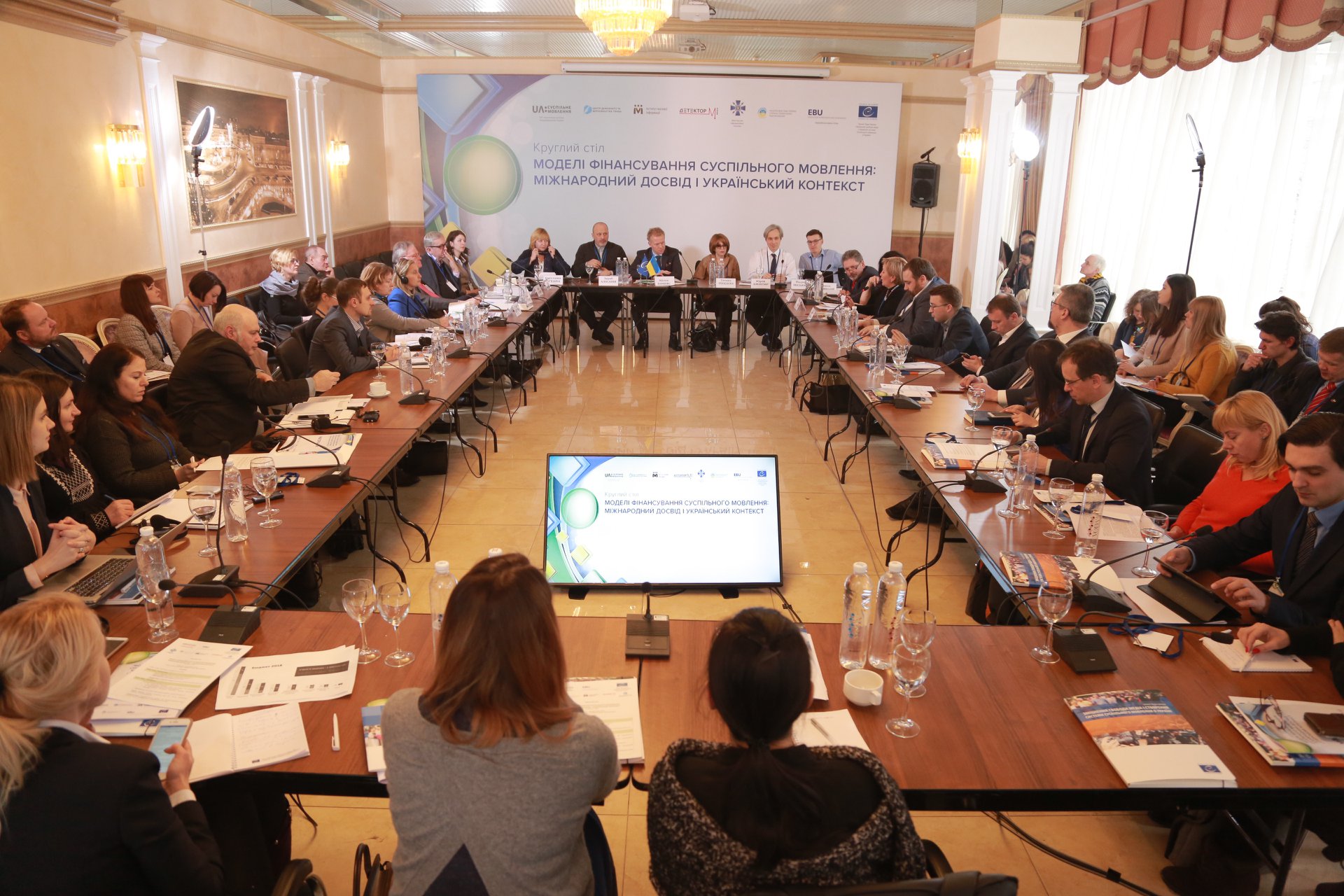 The speeches on possible improvements in financing mechanisms were presented by several Members of the NPBU Supervisory Board. They emphasized that the core issue in PSB financing is not the amount but its sustainability, which lets plan the future rather than be always in uncertainty of existence.