Gender equality and the media in Ukraine

In Ukraine the situation regarding gender equality is similar as in the majority of transitional countries: international framework and standards are integrated in national laws and policies, but there is still no institutional practice to support the implementation of this new legislation. Consequently, the results remain limited when it comes to the level of policy implementation and the impact on a balanced representation of women and men in the society.

However, the situation is supposed to change due to the fact that at the beginning of 2018 in Ukraine there appeared a full-fledged institution for the purposeful implementation of numerous tasks in the area of gender equality, for the introduction of existing results and for the establishment of organised nature to this processes. On February 14, 2018, the Government of Ukraine appointed Mrs Katerina Levchenko as the Governmental Commissioner for Gender Policy. This official position was introduced by the Cabinet of Ministers on June 7, 2017 (Decree No. 390). In December 2018 Mrs Katerina Levchenko became the winner of the respective competition. The main tasks of the Governmental Commissioner will cover coordination of work in the gender mainstreaming direction of all ministries and state bodies and authorities, monitoring the observance of the principle of gender equality by the Government, assistance in developing state programmes on gender equality, cooperation with international organizations and civil society.

So far, separate gender equality mechanisms have been introduced at the national level in Ukraine. Various projects are implemented in the area, together with the development of a number of women’s movements and organisations. But still support of national authorities and associations is needed for the efforts of local authorities implementing gender sensitive policies. Gender stereotypes in Ukraine are integrated by the society and among decision makers. It is therefore essential to promote gender mainstreaming as a principle of good governance, in particular, at the local level.

In this regard, on 21-22 February 2018 the Council of Europe Congress of Local and Regional Authorities jointly with the Association of Ukrainian Cities (AUC) organized a workshop within the Council of Europe Congress Project “Strengthening capacity of local elected authorities” to discuss the challenges and opportunities related to gender equality at local level in Ukraine. The workshop aimed to promote gender mainstreaming in the work of local authorities and associations, and assure the further support of their members in this respect. 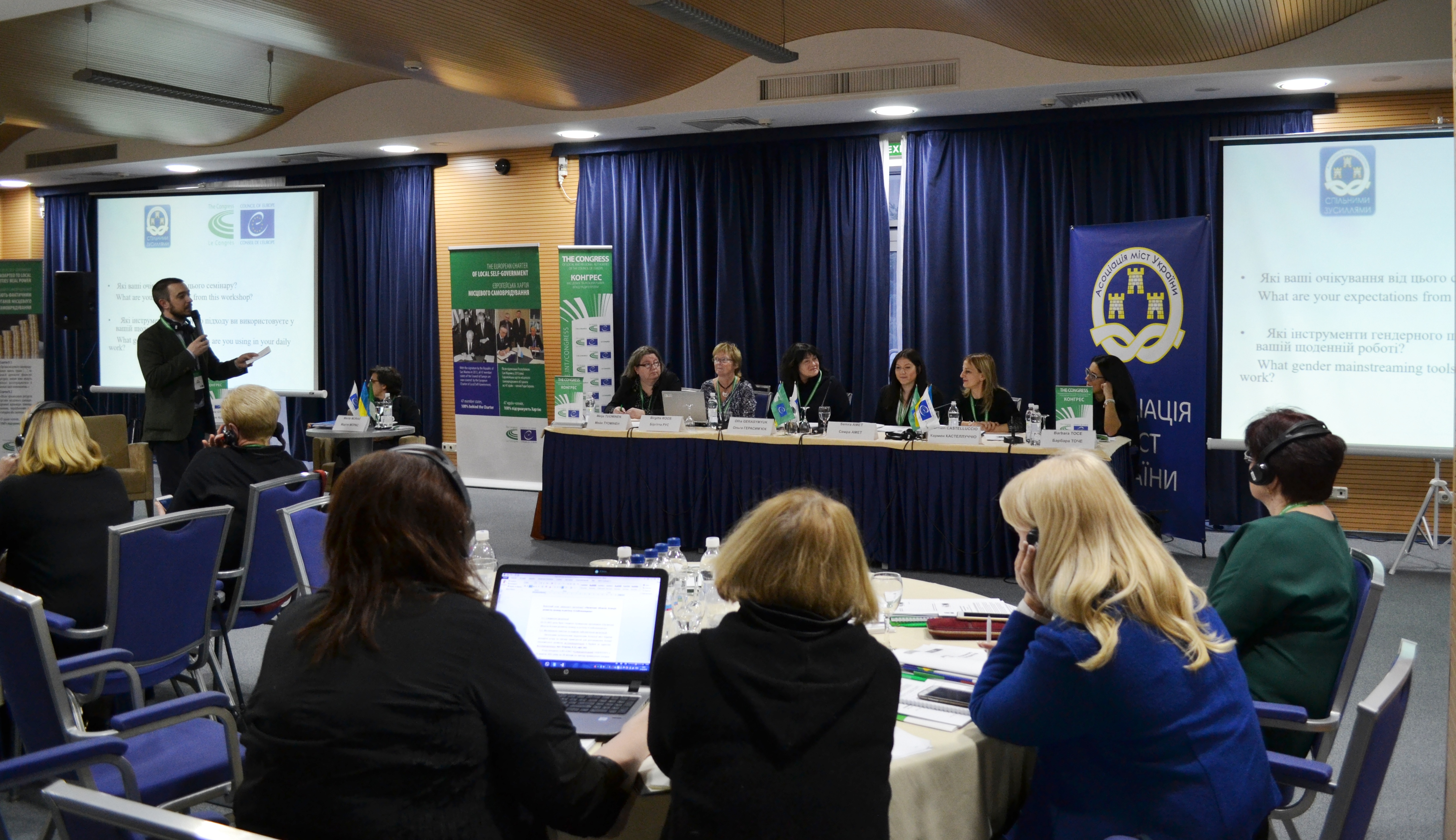 As to the media area, local media could have a significant role to play in this regard, not only to promote gender equality, but also to inform citizens on the actions and policies taken by local authorities, and to raise the awareness of women of their rights.

The First Deputy Chair and the Representative of Ukraine in the CDMSI Mrs Olha Herasymiuk took the floor at the event to draw the attention of local authorities to the role of the media in gender-related awareness. Mrs Herasymiuk highlighted information on the situation with respect to gender equality in the domestic mass media to the target audience. Unfortunately, the gender issue in Ukrainian media is predominantly interpreted as a matter that concerns women and their rights, and is mostly initiated, presented, covered and discussed by women. However, the gender issue concerns a different approach, it is all about equal access to choices. It is not about equality, which actually does not exist, it is about equal access to the opportunities that must be ensured. 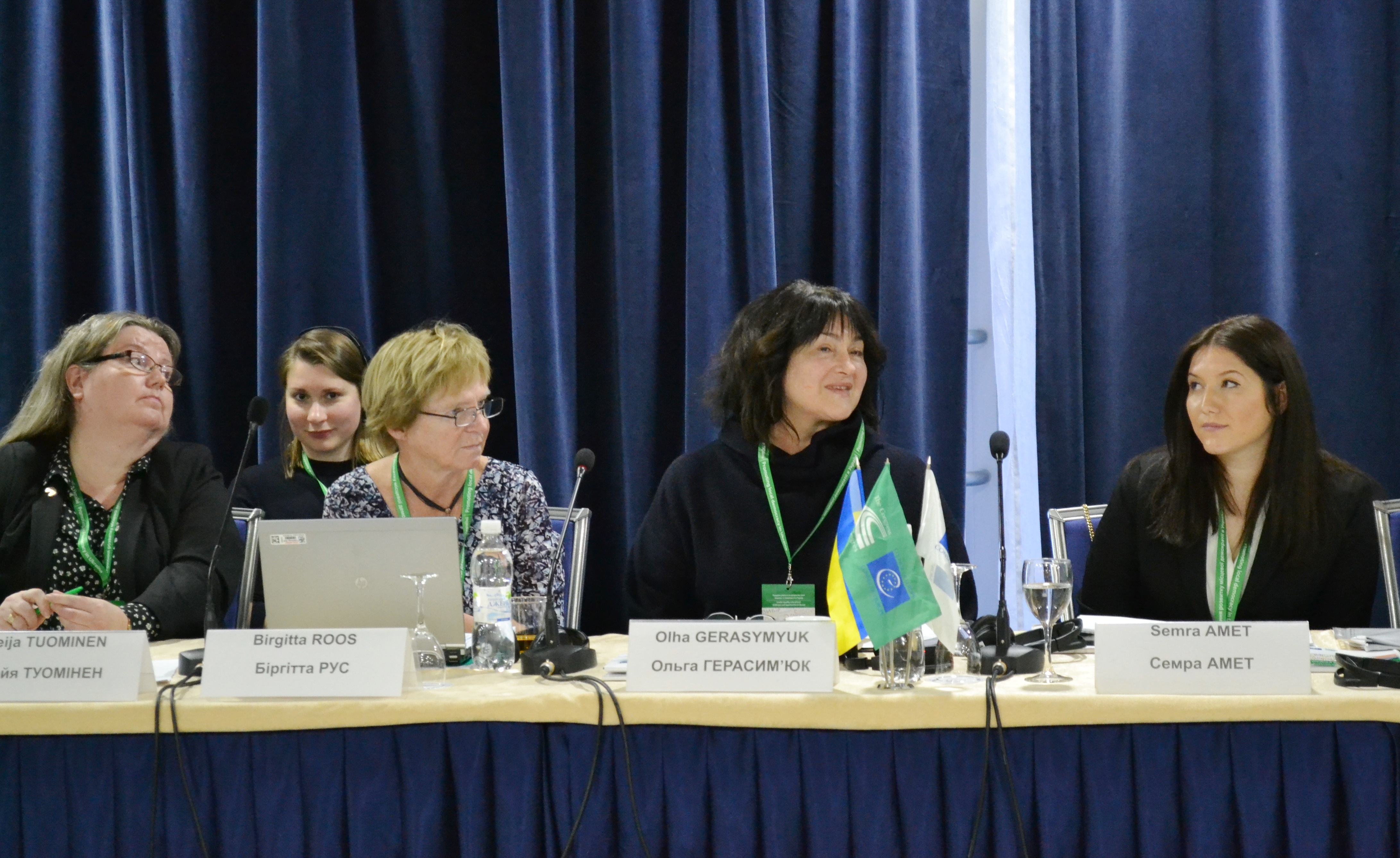 The participants got interested in the results of researches, the data of which confirm that in the Ukrainian media women are much less likely, comparing to men, to be invited as experts, to become main characters of publications, and “women” topics, which are covered, often do not relate to social life and professional activities, they are oftentimes tabloidese topics. Moreover, the media promote an indicative gender-related social stereotype when images of mature men and young women are in media favour, while the elderly people are generally out of such favour and coverage by itself. This all affects our outlook on the social life and on our roles in it.

To make society attitudes to this problem change, to make people think differently, the media should change their approaches. All the areas of life should be covered by the media with the crosscutting gender approach, but not with occasional and often irritating splashes of attention to gender.

The main tools to tackle this challenge are media literacy – for the society, and committed self-regulation – for the media.

At the moment in Ukraine we observe a certain positive phenomenon when society itself, without sufficient laws and codes, begins to respond to gender-related challenges. This movement goes from the bottom up – from individual persons, organizations to the higher level of government. The society itself begins to speak of equal opportunities and equal responsibilities. And it is local and regional media that are the most suitable and close to meet interests and needs of readers and viewers, and it is their capacity to either create, or disassemble stereotypes. 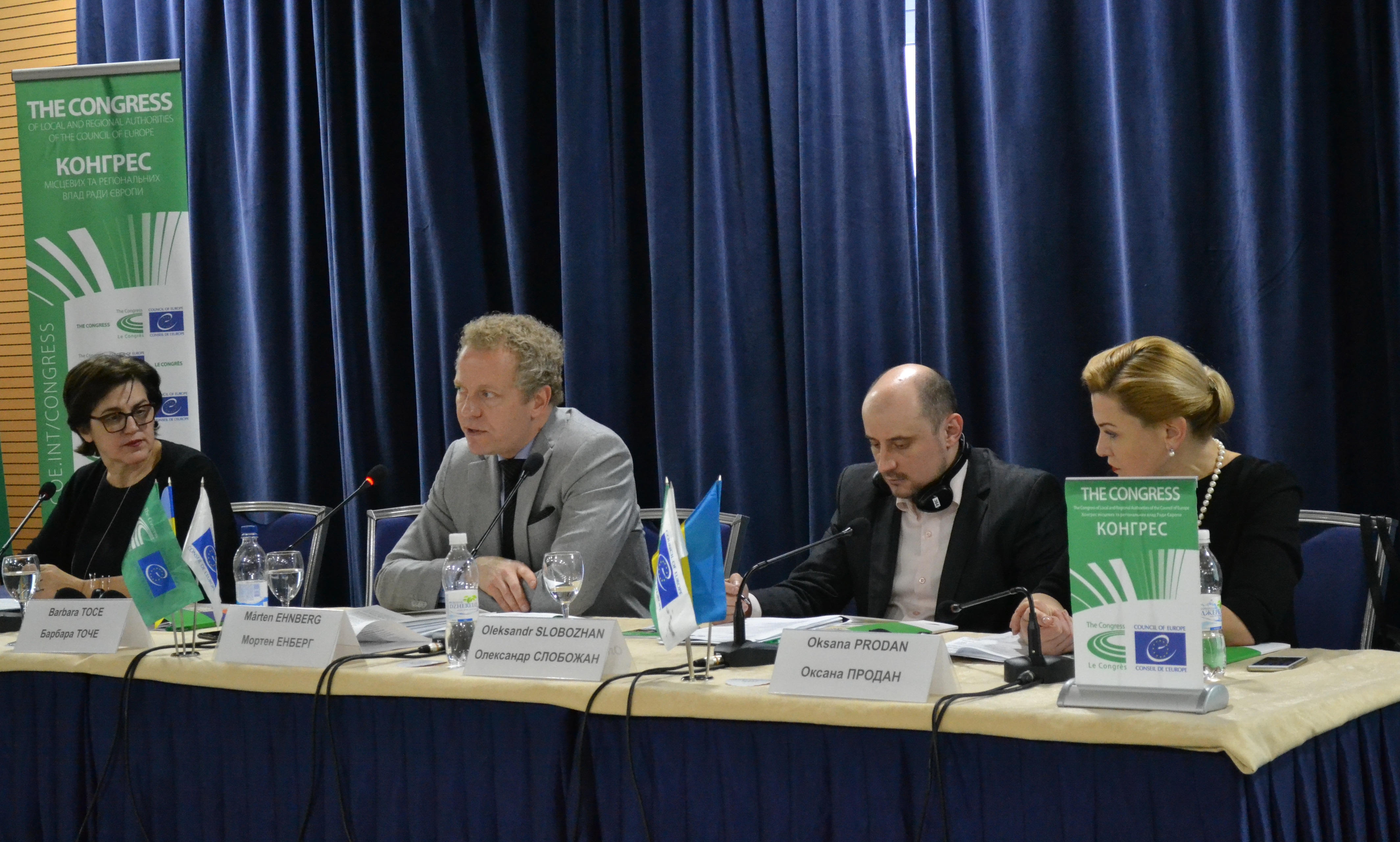 In conclusion. Referring to the remarkable news from February 21, 2018 concerning the adoption by the Committee of Ministers of the Council of Europe of the decision on approval of the strategic document of Ukraine’s cooperation with the Council of Europe – the Action Plan of the Council of Europe for Ukraine for 2018-2021, Ukraine is preparing to implement measures under the Action Plan aimed at support of specific reforms that should bring Ukrainian legislation, institutions and practices in line with European standards in the areas of human rights, rule of law and democracy. One of the crosscutting areas of these reforms is the introduction of gender equality approaches in all areas of life of the Ukrainian society. And there is a plenty of work to do in this regard and be valuable assisted and supported by the Council of Europe.