On October 23 – 24 a two-day expert workshop for the Representatives of the National Council of Television and Radio Broadcasting of Ukraine in regions and experts of the Regulatory Authority was held with the support of the project “Freedom of the Media in Ukraine” implemented in the framework of the joint European Union and Council of Europe programme “Partnership for Good Governance”. Prospects for the improvement of the current situation regarding the disclosure of financial transparency of the activities of the national media, as well as ways to ensure gender equality in the media were discussed jointly by Ukrainian and foreign media experts. 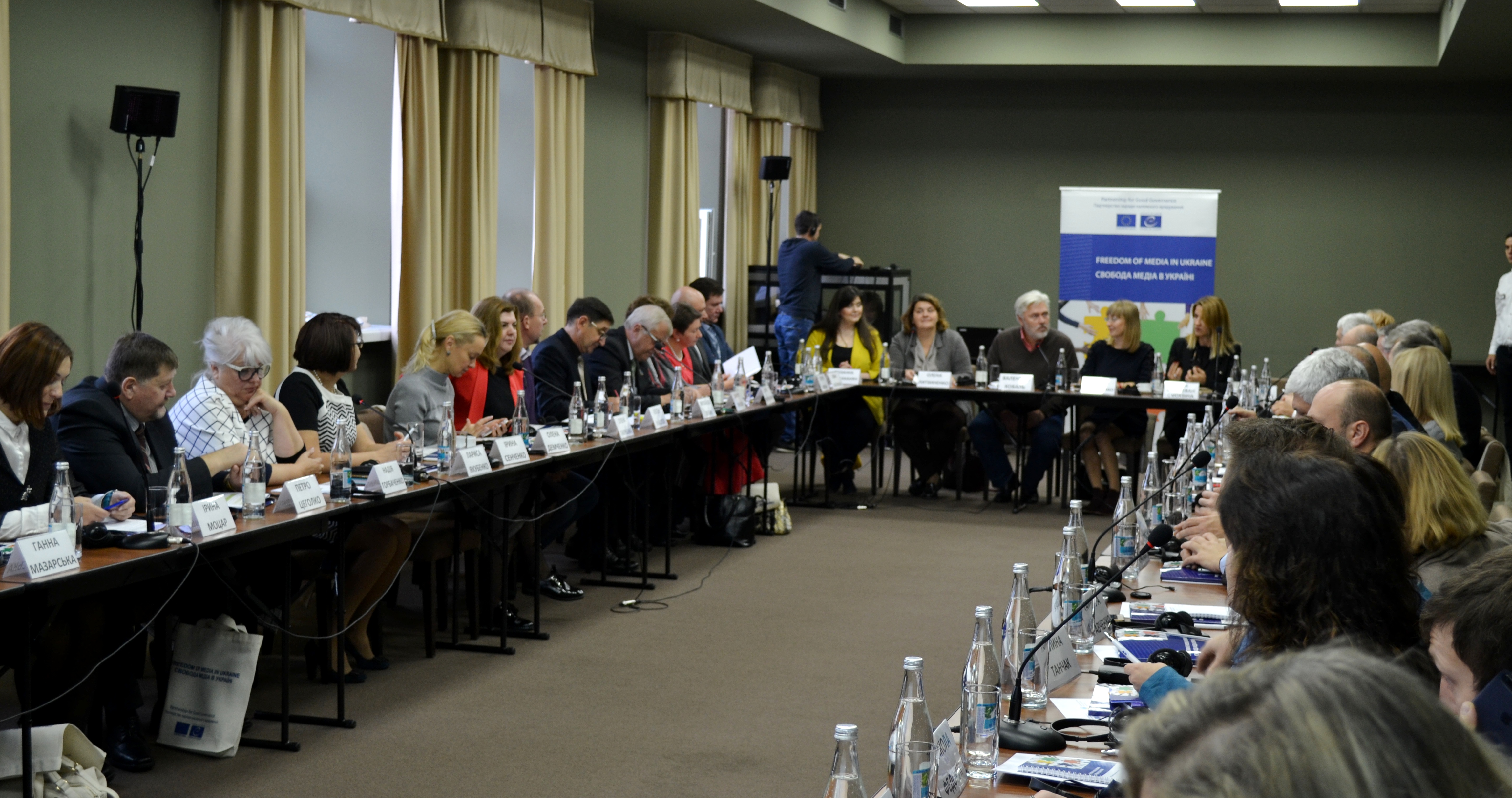 In his introductory speech, Mr Valentyn Koval, the Member of the National Council, noted that the discussion points of the workshop are, for the most part, issues of the future. Transparency of media financing has not been set in the Ukrainian legislation yet, and the state does not have such a practice, although meetings with European colleagues show that this is a rather effective way of public monitoring of the media. “This is an effective mechanism for regulators that wish to meet the needs of the society. I hope that these instruments will be obtained via the new Ukrainian media legislation”, he said. Another issue that is relevant nowadays – ensuring gender equality in the media – is extremely multifaceted, so only a few aspects were considered during the workshop. 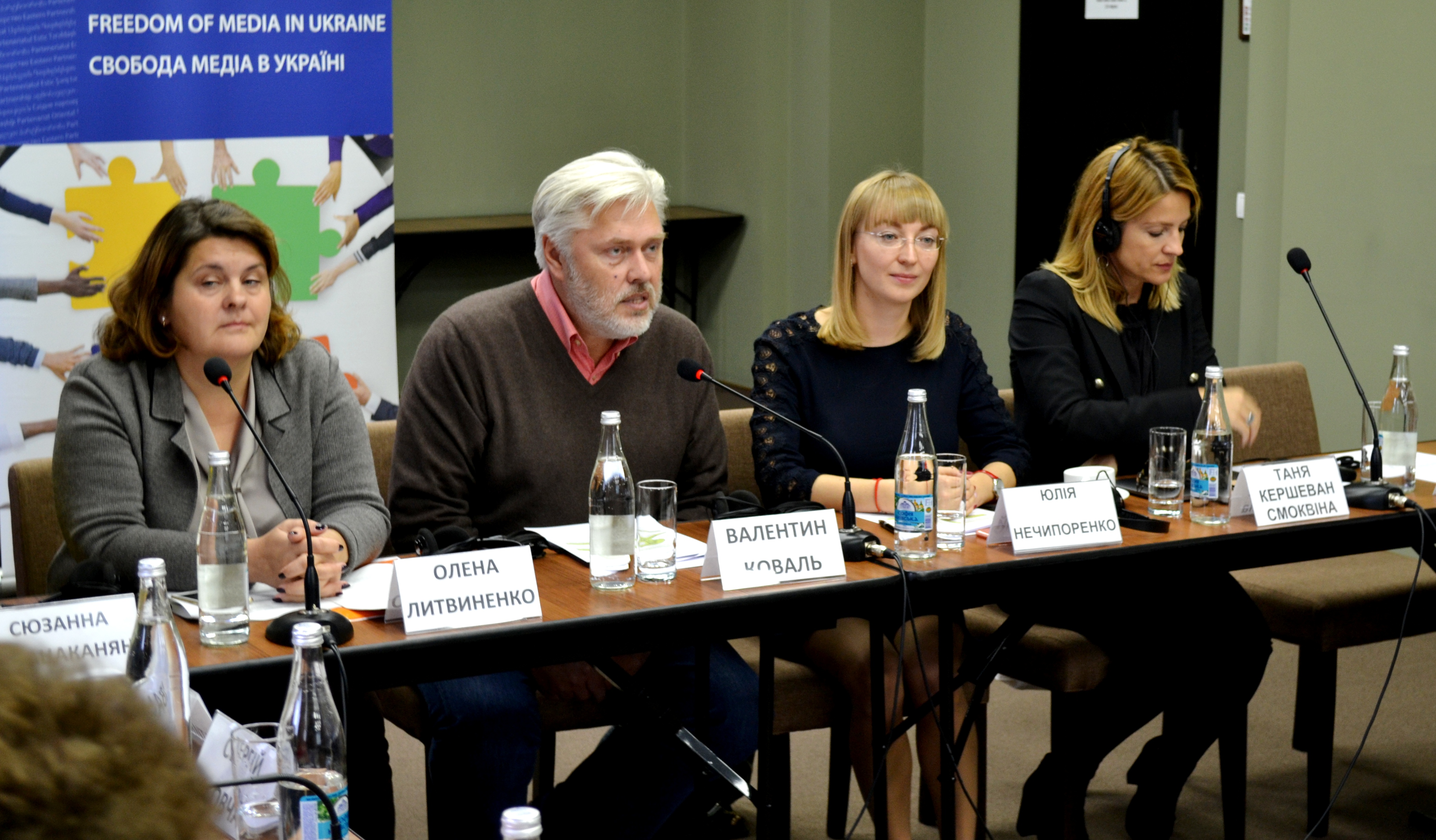 Speaking about the novelty of these issues for the Regulator, Mrs Olena Lytvynenko, Deputy Head of the Council of Europe Office in Ukraine, said that the law on the transparency of media ownership adopted in 2015 strengthened the role of the Regulator and was an important step towards counteracting the impact of big business on the media and preventing the slide of Ukrainian media area into the shadow economy. At the same time, the practice of implementation of this law has shown that for further qualitative changes in the national media landscape it is necessary to identify the ways and sources of financing, since the beneficiary owners are not always declared to be precisely those who actually have a significant influence on the media and control its activities. Currently, relevant changes are being introduced to the legislation governing the media sector, and in this regard the National Regulator should be emboldened. According to Mrs Lytvynenko, the Council of Europe and the European Union are looking forward to the adoption of the new law, because the standards of the Council of Europe, which it will be based on, will improve the quality of the media area in Ukraine. 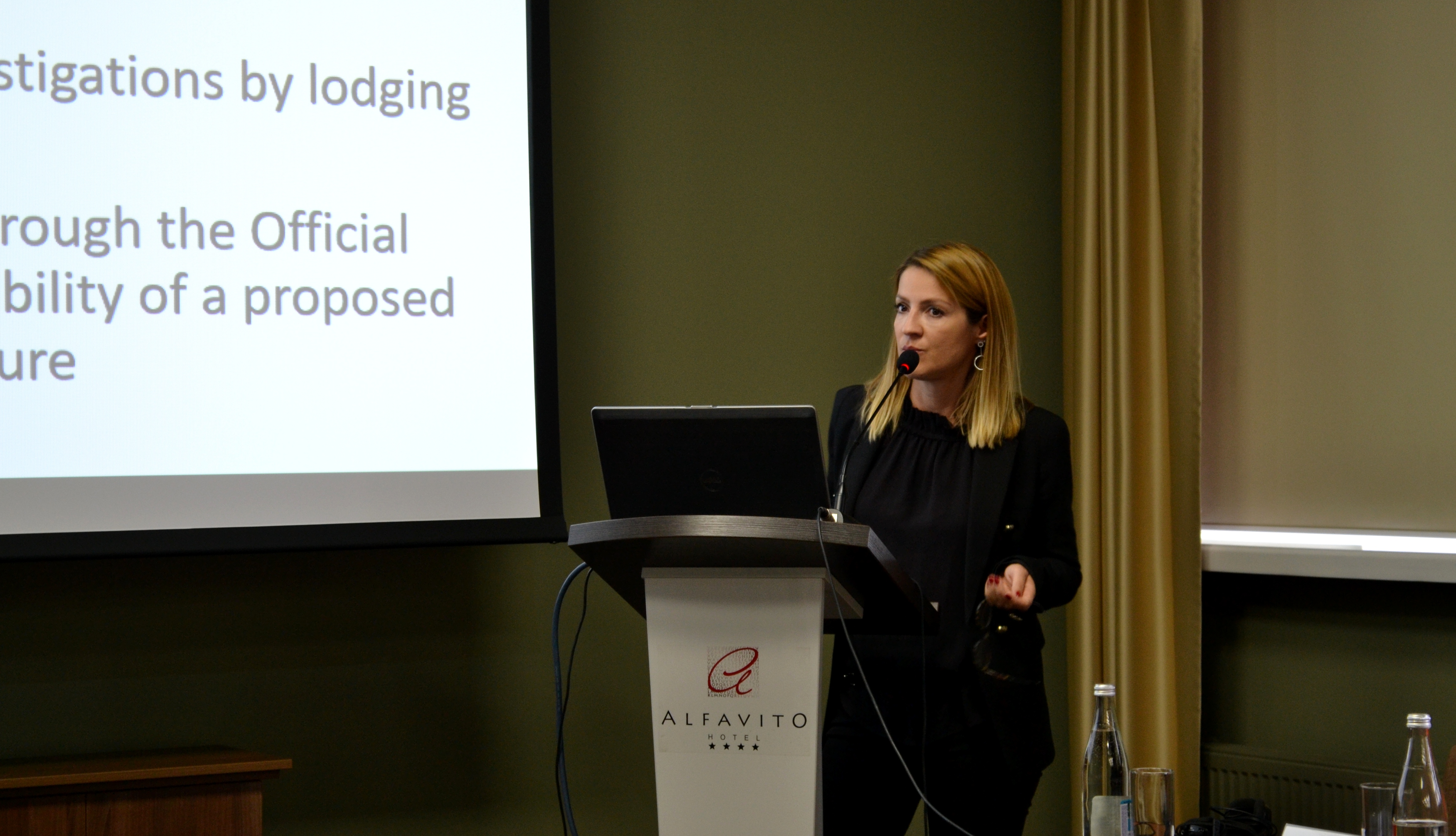 She also described the rules for the state aid for media operating in different EU countries. For instance, regulators of European countries often have special funds, which can be spent on media support. Usually these are for short-term and specifically directed projects. For example, in Ireland, finances from the special fund were allocated for the creation of cultural content, digitization of archives and assistance to communities and nonprofit media in organizational, managerial work; in Croatia – for the promotion of pluralism and diversity; in the Netherlands – on innovations in journalism, support for magazines and newspapers that are under threat of termination.

The expert noted that the state aid for the media can be either direct or indirect when it comes to certain benefits, incentives, tax cuts, compensation etc. According to MrsKerševan Smokvina, the trend towards financial stimulation of the media will continue to grow in Europe. 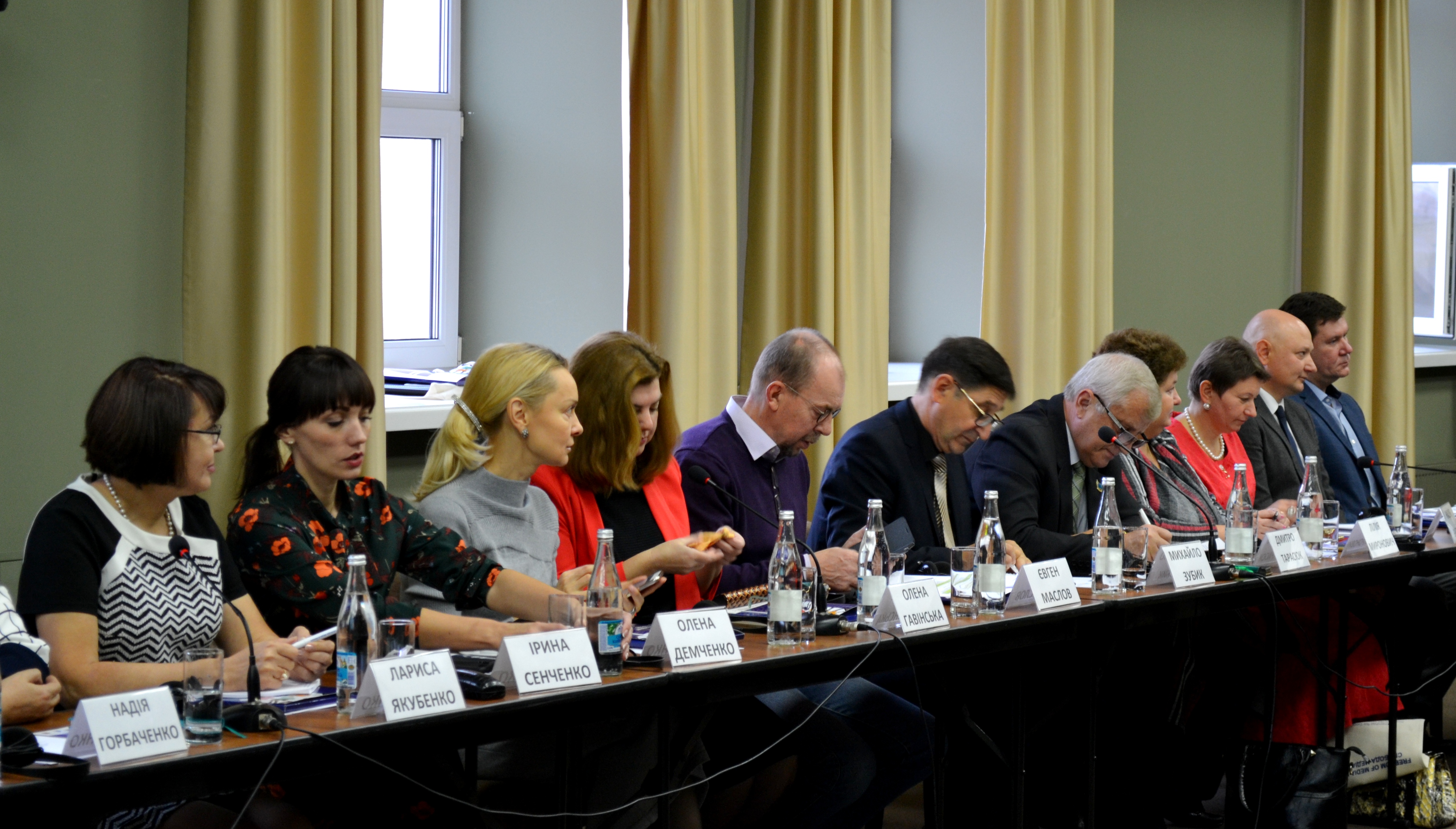 Only public service broadcasters can receive long-term state aid. This practice in the countries of the European Union has not been defined from the outset of the Directive on audiovisual media services. Regulatory mechanisms were developed somewhat later in the additional acts, including the Amsterdam Protocol on Public Service Broadcasting.

The media lawyer and Council of Europe expert Mr Igor Rozkladai told the participants about the prospects of strengthening the role of the Regulator, extension of its authority, including the disclosure of financial transparency of the media. He focused on the innovations enshrined in the draft law on audiovisual media services, which is currently being finalized following comments made by representatives of broadcasting organizations. According to the expert, with the adoption of this law, the National Council will become a truly influential regulator, endowed with opportunities that have not existed before. In the context of financial transparency of the media, the lawyer referred to the existence of regulatory mechanisms for obtaining information and the right to impose sanctions. An example for working out the relevant provisions is the legislation in the banking sector. 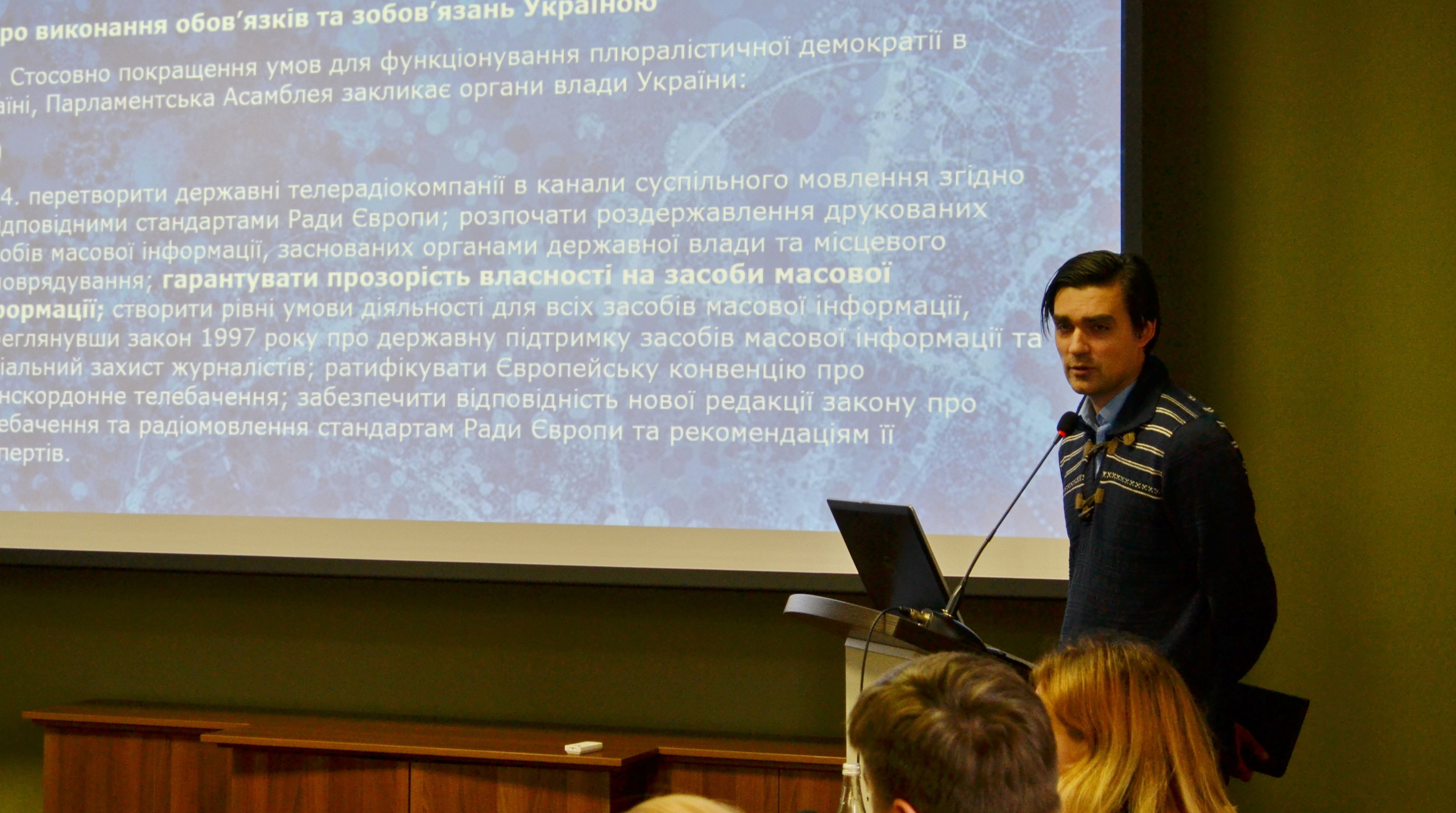 Transparency of financing for the media should prevent concentration and monopolization in the market, work as protection against the aggressor state, protect the broadcasting of communities from political mimicry and shape the media market. It can be implemented by publishing financial statements and providing copies to the Regulator; provide analysis of financial flows, including royalty, loans, financial transactions, analysis of owners’ funds, and establishment of cooperation with law enforcement and fiscal authorities.

The separate session considered in detail the role of European regulators in ensuring gender equality in the media and the gender sensitivity of the media. The reports were delivered by the Gender Adviser of the Council of Europe Office in Ukraine Mrs Katja Tilikainen and the Head of the League for the Defence of Women’s Rights “Harmony of the Equal” Mrs Oleksandra Golub. 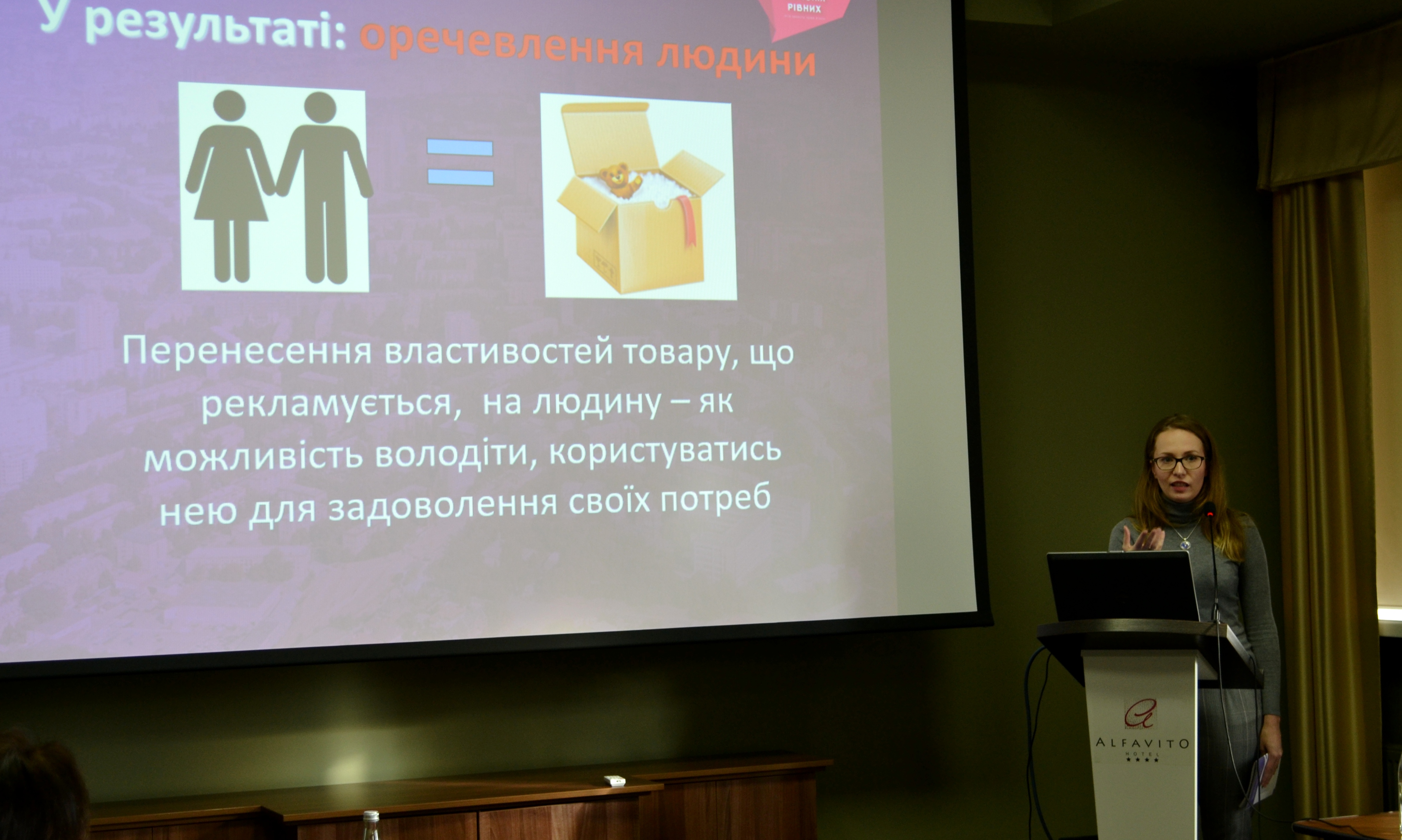 In recent years, strategies and rules on this issue have been adopted by different countries. For example, a special agency in the UK, governing advertising, put forward a ban on gender stereotyping in advertising, and in France it is illegal to place retouched images in advertisements without marking them as such.

Last year, according to Mrs Golub, more than 500 complaints were sent to various agencies of Ukraine regarding discrimination in advertising. 30 advertising materials were fined. The participants of the workshop analyzed the proposed videos and posters, learned how to spot sexism in advertising and other media products. The role of the Regulator in the development of certain approaches to the assessment of such materials and cooperation with government bodies, related to these issues, and industry and public organizations was emphasized. 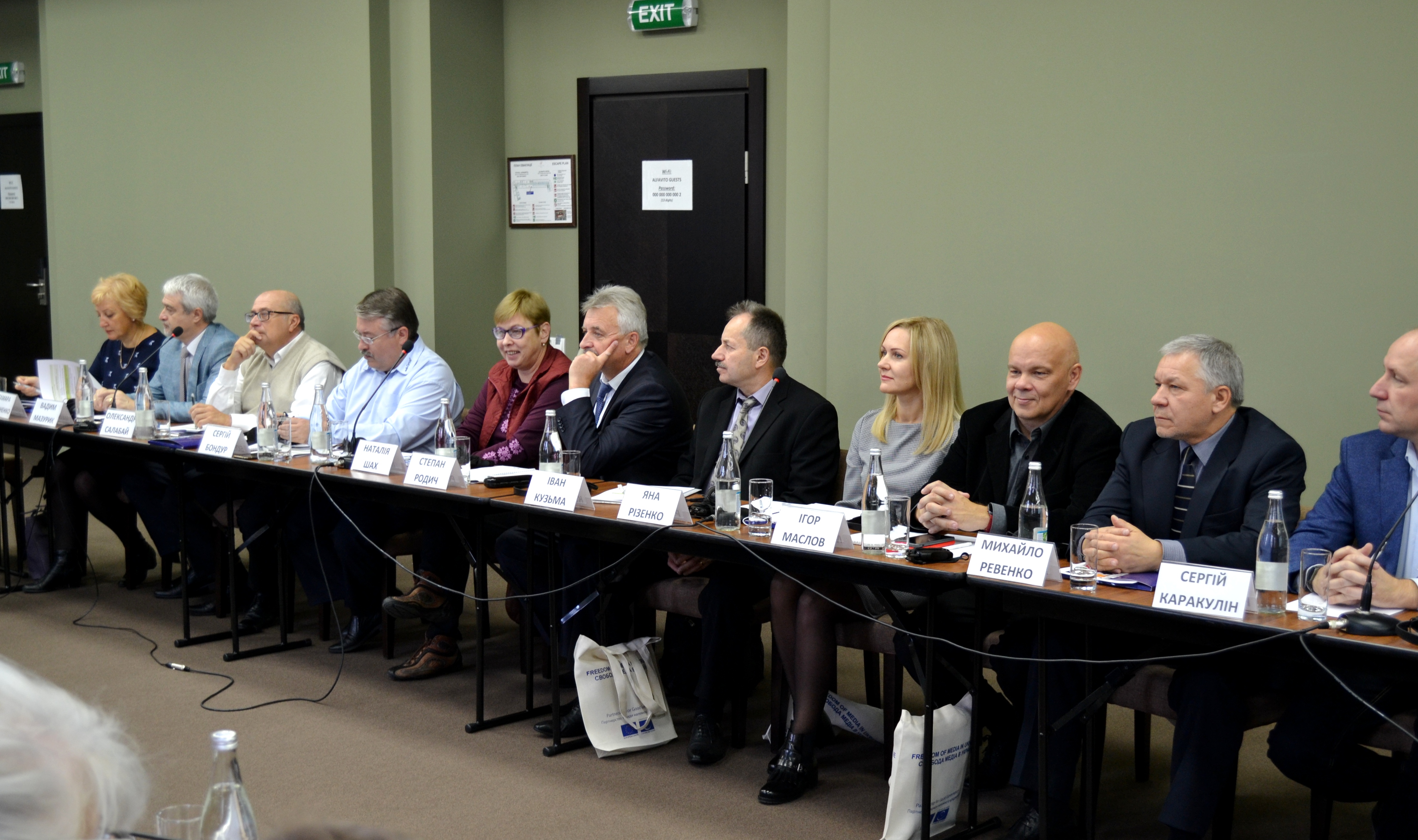 During the second day of the workshop for representatives of the National Council, the following issues were discussed: the prospects of local TV and radio broadcasting in the context of the digitization of the country, the creation of a unified system of official monitoring of regional and local TV and radio organizations etc.