The National Council, in cooperation with the Television Industry Committee, unveils the results of the panel television survey for the second quarter of 2018. The Regulator publishes the research of TIC for the first time, prepared by research companies “Nielsen” and the “Communications Alliance” on the Council’s Request. These research presentations will be recurrent, and anyone interested in the development of television in Ukraine will find them fascinating and useful.

In the second quarter, almost all TV channels showed a decline in ratings compared to the first quarter of 2018. This reflects a general tendency to decrease the level of television viewing due to seasonal factors. There was also a decrease in the level of TV viewing compared to the same period last year, which amounts to -8% (hereafter the data is true for the population of Ukraine aged 4 and up, living in households with at least one working TV).

According to the TV panel, the TOP-10 most rated TV channels in the 2nd quarter of 2018 includes: 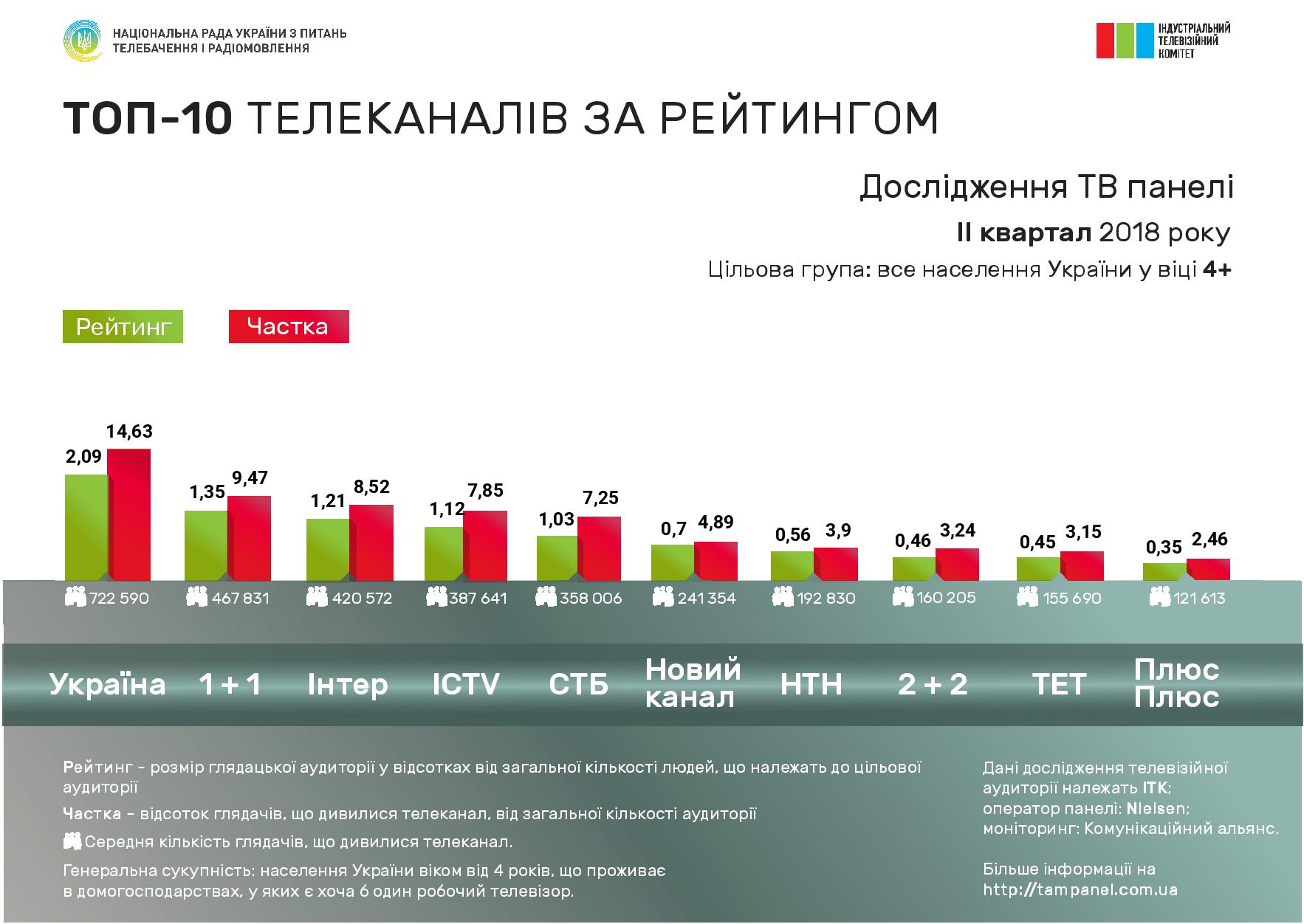 Jointly, 10 leading TV channels cover 65,36% of the TV viewers from the total number of viewers of the 4+ age group.

The TV panel is based on a nationwide sample (with the exception of Crimea and the City of Sevastopol as of 04.01.2014 and temporarily occupied territories of Donetsk and Luhansk Regions as of 01.01.2018) of 2,840 households, out of which 1,900 are located in cities with the population of more than 50 thousand people and 940 households – in cities with a population of less than 50 thousand people and villages.

The main purpose of the study of the television audience is to obtain reliable, complete, representative data on the viewing habits of TV audiences in Ukraine.

The panel is a group of people selected for the study. The essence of the panel study is to continuously receive information from each panel member for a period of time. Information is collected every second. The sample of households participating in the survey is representative of its socio-demographic and technical (type of reception of television signals, television equipment, etc.) characteristics, and reflects the structure of the population of Ukraine.