In Sumy region, the journalists of the TV and Radio Company “Trostianets” came under occupation and still aired the “United Marathon” and local news. The National Council continues to collect stories of the information resistance within the framework of the project “Media Heart of Ukraine”.

At noon on February 24 the Director of the TV and Radio Company “Trostianets” Olena Smilianska was still interviewing the town mayor, and when she came home, she saw that there were already russian tanks in the town. 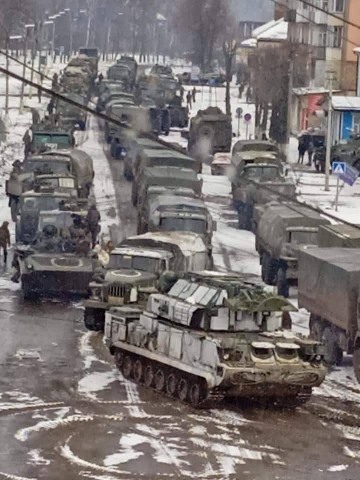 Military equipment of russian invaders in the downtown of Trostianets. March 2022

The invaders blocked the highway Kharkiv – Sumy, invaded Trostianets, placed snipers at the railway station and at high-rises and started shooting people. Anyone who was outside or made attempts to leave the town by cars was in mortal danger. Ruscists did not care either it was a woman, or a man, or a child; they shot everyone.

The next day, on February 25, Olena and her son Dmytro, who works as a sound engineer, were still able to reach the TV company. However, it was their last work day at the studio. Then they worked only remotely, from the cellar.

Before the war, this Trostianets broadcasting company used to produce historical, information, children’s programmes and films. The audience of the TV channel “TVT” and of the radio station “Good Radio” – 105,4 FM, which are part of the TV and radio company amounted to 320 thousand people throughout the region.

Olena Smilianska and Dmytro Yusupov. Photo from the studio before the full-scale invasion

During the occupation, the company turned on the “United Marathon” and informed citizens with a moving line with local news on a daily basis. The underground information resistance lasted for almost a week. Under fire, Dmytro ensured the necessary Internet connection – he put the router on the floor of the barn, and the broadcasts aired out of the cellar among the canned and pickled fruit and vegetables. But on March 4, ruscists blew up the Trostianets tower, a little later they blew up the Bilopilsk tower, and the signal disappeared. 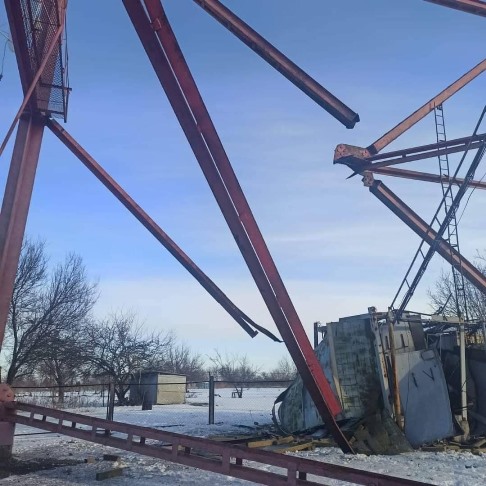 The remains of the Bilopilsk tower after the bombing by ruscists. March 2022

The invaders discovered underground broadcasting, so the occupiers got interested in information partisans. Friends and colleagues warned Olena and Dmytro that they were looked for. The occupiers tried to find out the location of the media professionals with the help of their social networks; they even created a fake page of Dmytro. 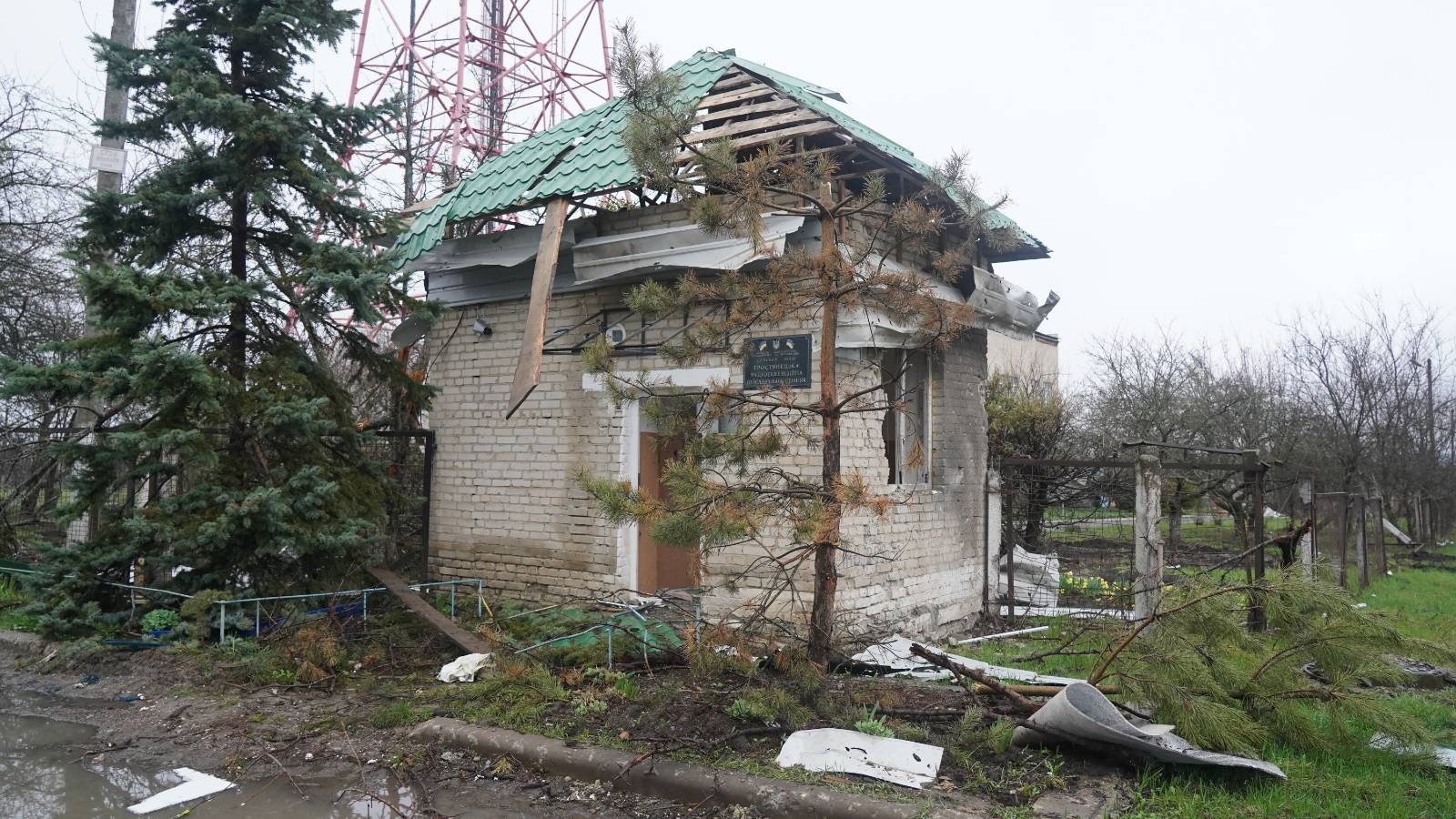 The russians drove mobile retransmitters to the town and started broadcasting in the territory of Sumy Region.  Still, that was not enough for them. Ruscists wanted to connect their equipment to Ukrainian resources to broadcast moscow propaganda, but their riveting was not enough with regard to how to do it. They needed Dmytro. The occupiers interviewed citizens where the TV crews could hide. But the locals did not reveal the location of Olena and Dmytro. Even more, the Trostianets residents did not tell the russians where the studio was located.

Meanwhile, the bombing and shelling of Trostianets infrastructure continued. On March 8, the electricity in Olena’s house disappeared, there was no water and heat. Her home oven saved them by heating, cooking, collecting and melting snow, so that there was a possibility at least to wash face and hands. 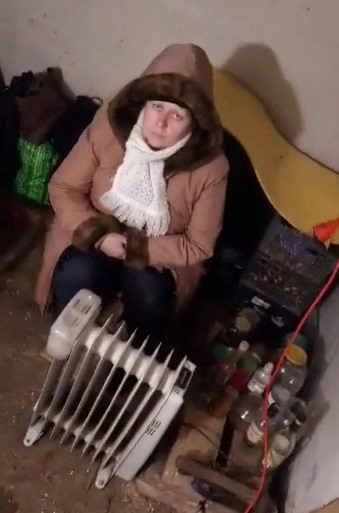 Olena Smilianska in the basement from which the broadcasts were aired. March 2022

Without electricity, it was impossible to go on the air, so Olena and Dmytro tried to leave the city. The first attempt was no success, the media crew missed the evacuation timeframe. In anticipation of a new chance, they had to hide again. They managed to use the “green corridor” only on March 12. Several cars and a large bus of the local football club left in the direction of Hadiach.

Almost a hundred of Trostianets inhabitants were evacuated. Only seven of them are men, the rest are women and children. But despite this, when the bus started going, the occupants began to fire artillery. 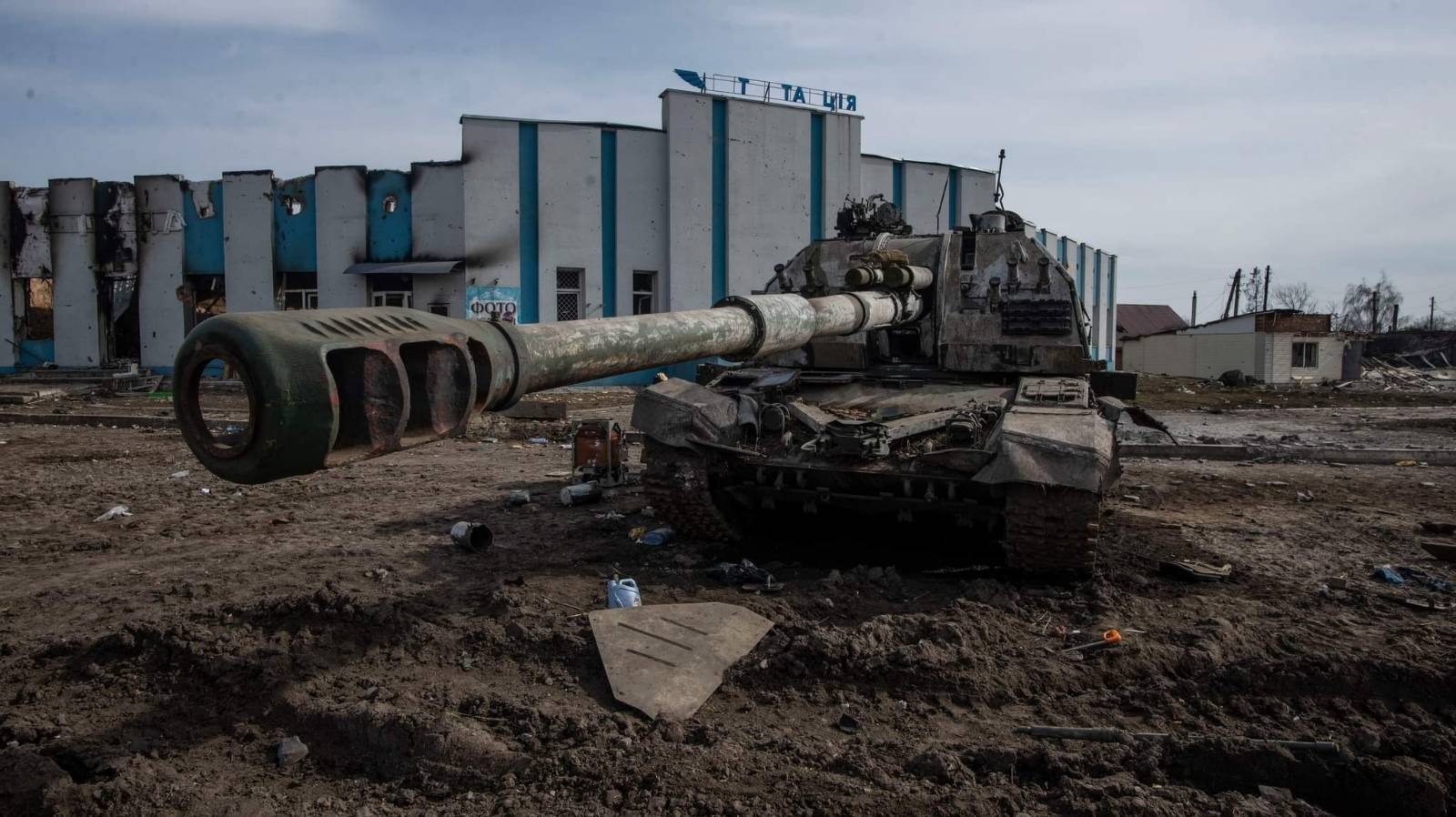 Under fire they went to Boromlia – the way of ten kilometres had five rashist checkpoints with Kadyrivtsy. It took 5 hours for Olena and Dmytro to pass these ten kilometres. At each checkpoint, the occupants stopped the column, took the men out, searched and stripped them. The invaders were looking for soldiers’ tokens, tattoos, traces of weapons. Two men were taken out of the car and never seen again. The fate of these passengers is still unknown.

During each search, the invaders checked the phones, searched for photos and messages. Olena and her son were prepared for this, the day before they had deleted all the photos that could show them. The next humanitarian column was less fortunate, the russians collected all the passengers’ phones into a sack and burned them.

After Boromlia, Olena and Dmytro reached Hadiach, then Poltava, and from there to Vinnytsia by evacuation train. However, in a month, after the Armed Forces of Ukraine liberated the city, they got back to Trostianets. 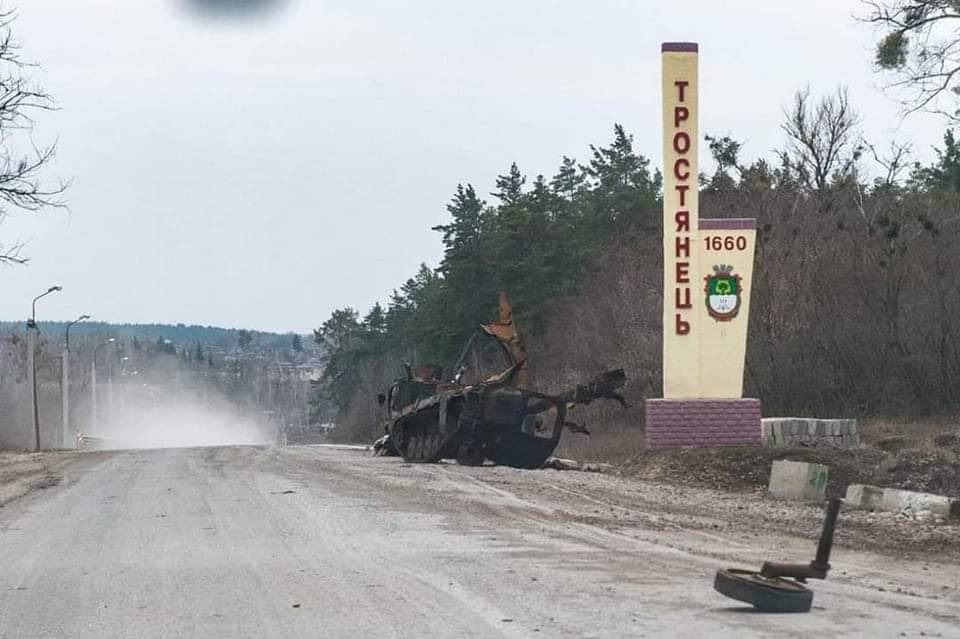 Currently, Olena Smilianska is trying to restore the work of the TV channel as soon as possible. Her company survived, fortunately, all employees are alive, but they cannot go on the air yet.

Olena Smilianska and Dmytro Yusupov in the studio of TVT channel. April 2022

Ruscists destroyed the cable and optic fibre communications. The TV crew could have restored the system, but there is no such cable in Ukraine for the moment. They look for LCF feeder (7/8’’), 160 meters needed.

The National Council will appeal to all partners, organizations, media communities, grantees to support all TV and radio companies affected by the Russian invasion.