The russian TV channels “Rossiya 24”, “RTR Planeta” and “Pervyi Kanal” must be recognized as terrorist organizations – the National Council (INFOGRAPHICS)

Due to the systematic consistent justification, public support and incitement on the air of the russian TV channels “Rossiya 24”, “RTR Planeta” and “Pervyi Kanal” to commit terrorist acts by the russian federation, these “media” must be recognized as terrorist organizations in accordance with the Ukrainian legislation. The National Council expressed this position in letters addressed to law enforcement bodies and authorities on the basis of monitoring of the programmes of these russian channels regarding the terrorist attacks committed by the armed forces of the russian federation in Vinnytsia, Olenivka and Chaplyne.

Terrorism, according to the Law of Ukraine “On Combating Terrorism”, is a socially dangerous activity, which consists in the conscious, purposeful use of violence by taking hostages, arson, murder, torture, intimidation of the population and authorities or other encroachments on the life or health of innocent people or the threat of committing criminal acts in order to achieve criminal goals.

The Ukrainian legislation notes that terrorist activities also cover the information component. In order to establish the role and place of the russian media, to determine the fundamental aspects of their activities in the terrorist activities of the russian federation in the territory of Ukraine, the National Council conducted a several-day monitoring sessions with regard to the consequences of russia’s terrorist acts in Vinnytsia, Olenivka and Chaplyne – on the example of coverage of these events and shared comments on the air of three russian channels.

The TV channels “RTR Planeta”, “Rossiya 24” and “Pervyi Kanal” broadcast on satellite, and therefore are available for viewing to a significant number of audiences in Europe.

One of characteristic features of both the actions of russia and its armed forces, and the russian media, is the denial of its own responsibility for the crimes committed and the killings of civilians, laying the blame for the consequences of terrorist activities on the injured party. This is an inherent feature of the ideology of terrorism. Information about terrorist acts is used by russian media to intimidate Ukrainian, European and russian audiences. The atmosphere of fear and horror, which must justify cruelty and terrorism, is created and escalated.

In their programmes, the TV channels “RTR Planeta”, “Rossiya 24”, “Pervyi Kanal” providing information about terrorist acts in Vinnytsia, Olenivka and Chaplyne, disinformed, disseminated selected information, provided certain advantages in describing the facts – that constitutes typically propaganda activities aimed at inciting war and its support in the audience of viewers of these TV channels. 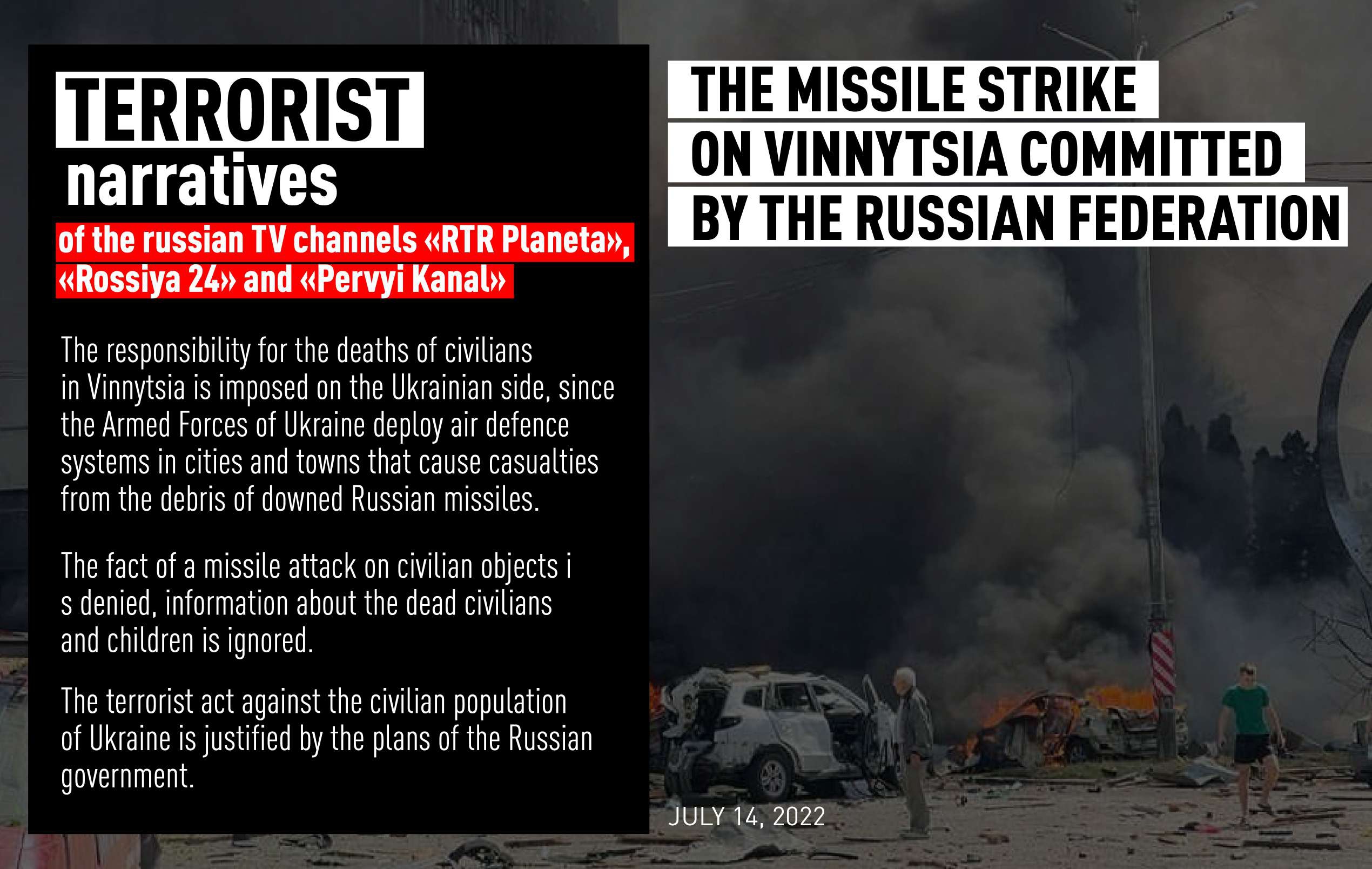 The analysis of the programmes of russian state TV channels in the context of the missile strike on Vinnytsia recorded that all speeches on this topic try to rationally explain the justification of the terrorist act of the armed forces of the russian federation and contain incitement to commit similar acts in the future.

The information about the events in Olenivka was manipulatively limited by russian journalists and participants of the programmes within three days after the terrorist act to a structure of 12 narratives. The fake information was made public, the audience was forced for one-sided perception. Responsibility for the deed was imposed on the political and military leadership of Ukraine. The real circumstances of the terrible terrorist act committed by the russian side were hidden. 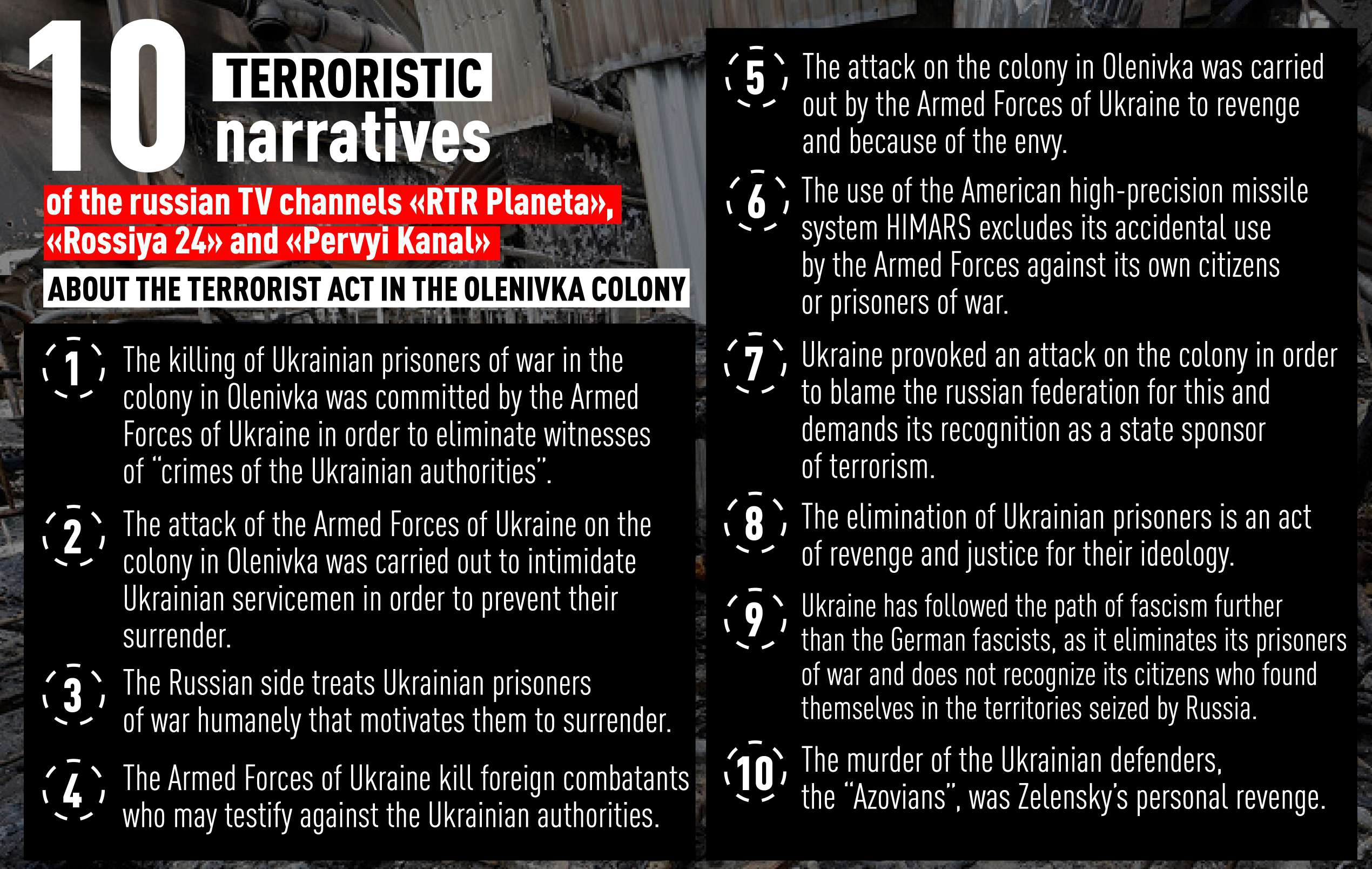 Russian journalists and officials disinformationally framed reports on a missile strike on the Chaplyne railway station. For several days, they argued that russian missile units purposefully targeted and hit the train that allegedly transported Ukrainian servicemen and military equipment. 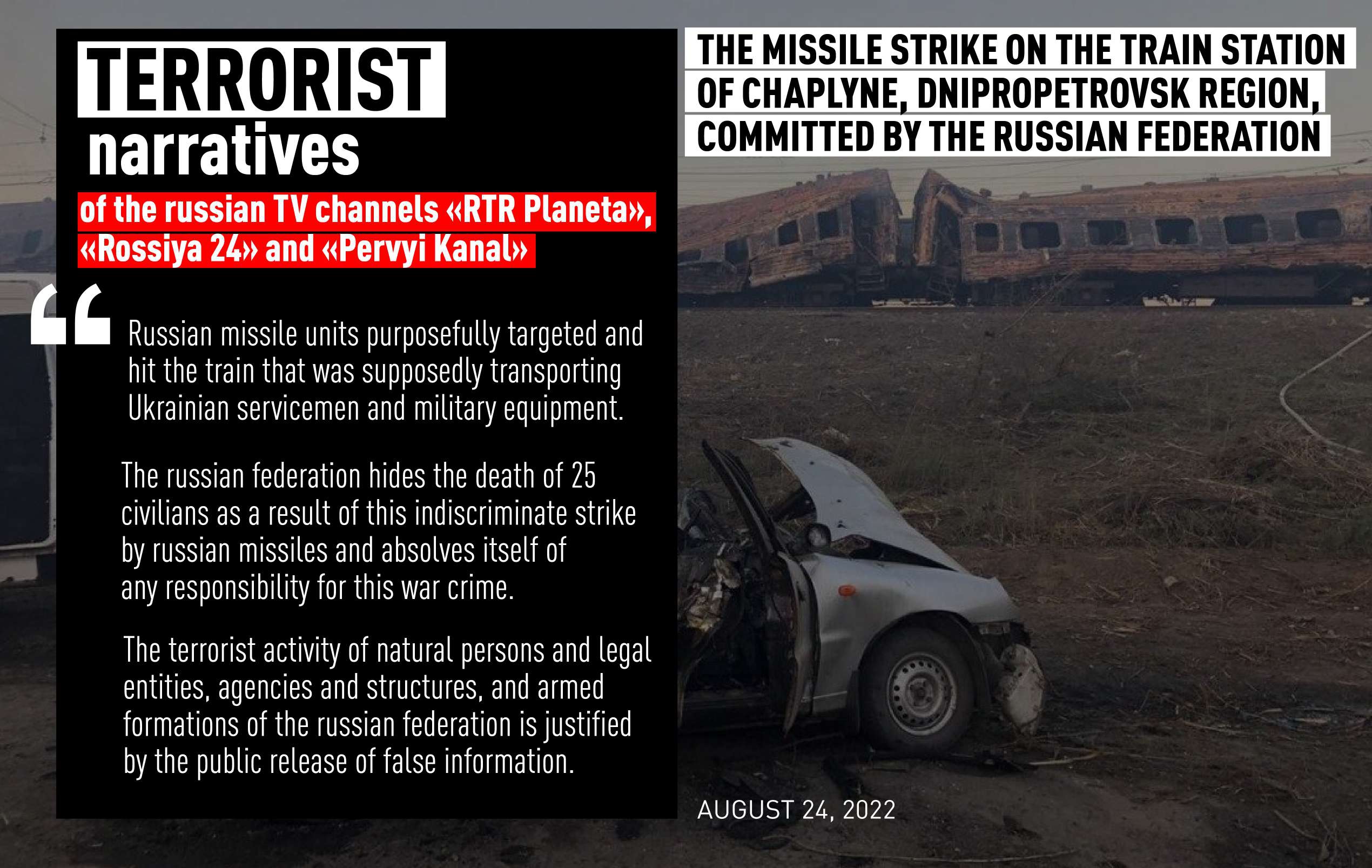 The channels “Rossiya 24”, “RTR Planeta”, “Pervyi Kanal” belong to the so-called media in which the terrorist state (aggressor state) – the russian federation – possesses a share of ownership. All editorial decisions regarding disseminated information belong only to broadcasters, their management and journalists. Therefore, responsibility for the dissemination of information by the media, which justify, incite and support terrorism, is a media component of the state terrorism of the russian federation against Ukraine.

In view of the above facts, the National Council appealed to law enforcement bodies and authorities to take into consideration the facts of support of and implementation of terrorist activities by russian TV channels “Rossiya 24”, “RTR Planeta”, “Pervyi Kanal”, which systematically promote and disseminate the ideology of terrorism, the russian nazi totalitarian regime, the armed aggression of the russian federation as a terrorist state against Ukraine be means of the mass media. Since these so-called media justify and publicly support by means of mass media commitment of terrorist acts, incitement to commit thereof, the Regulator also asks the addressees to consider the possibility of recognizing these TV channels as terrorist organizations in order to bring those guilty of illegal actions to criminal liability. 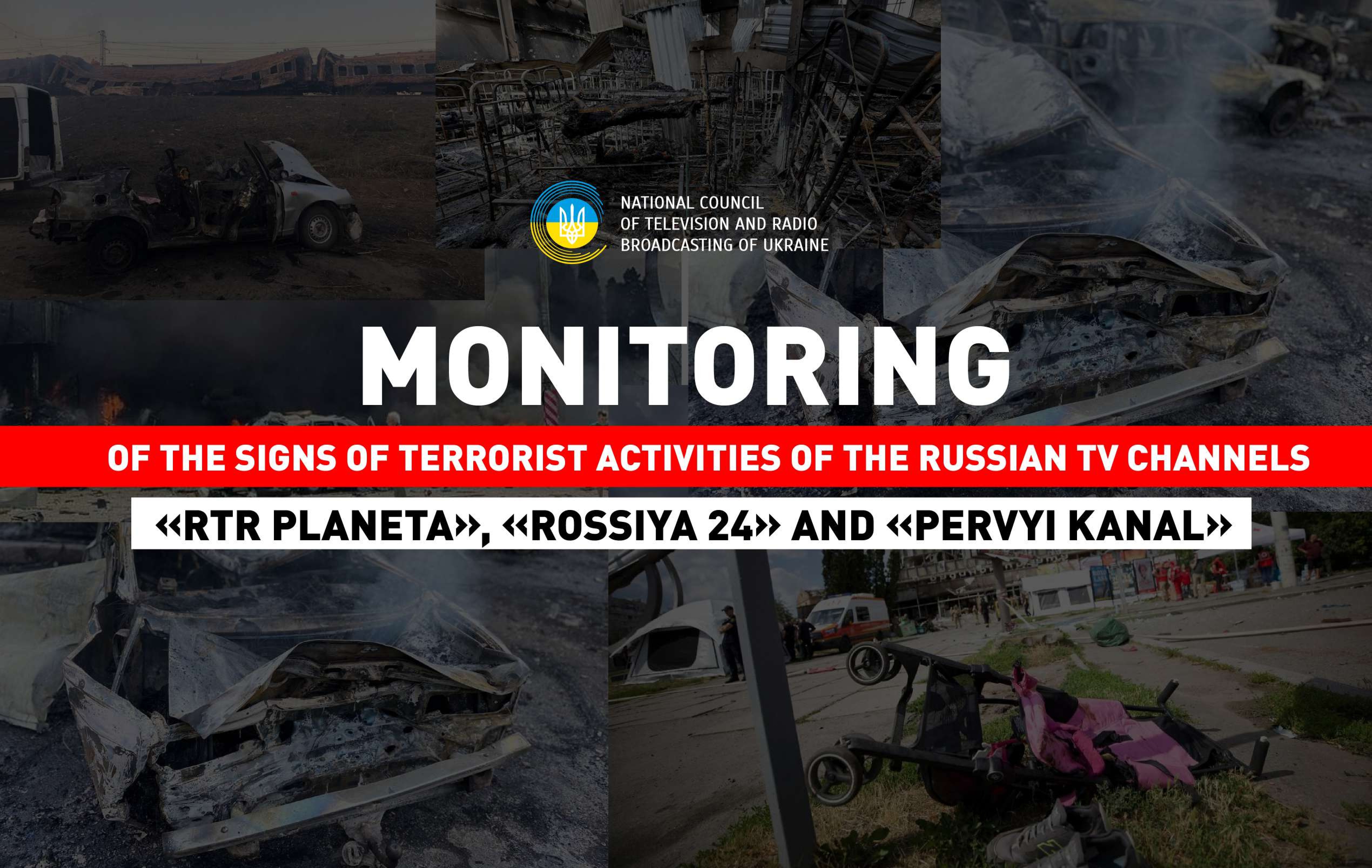 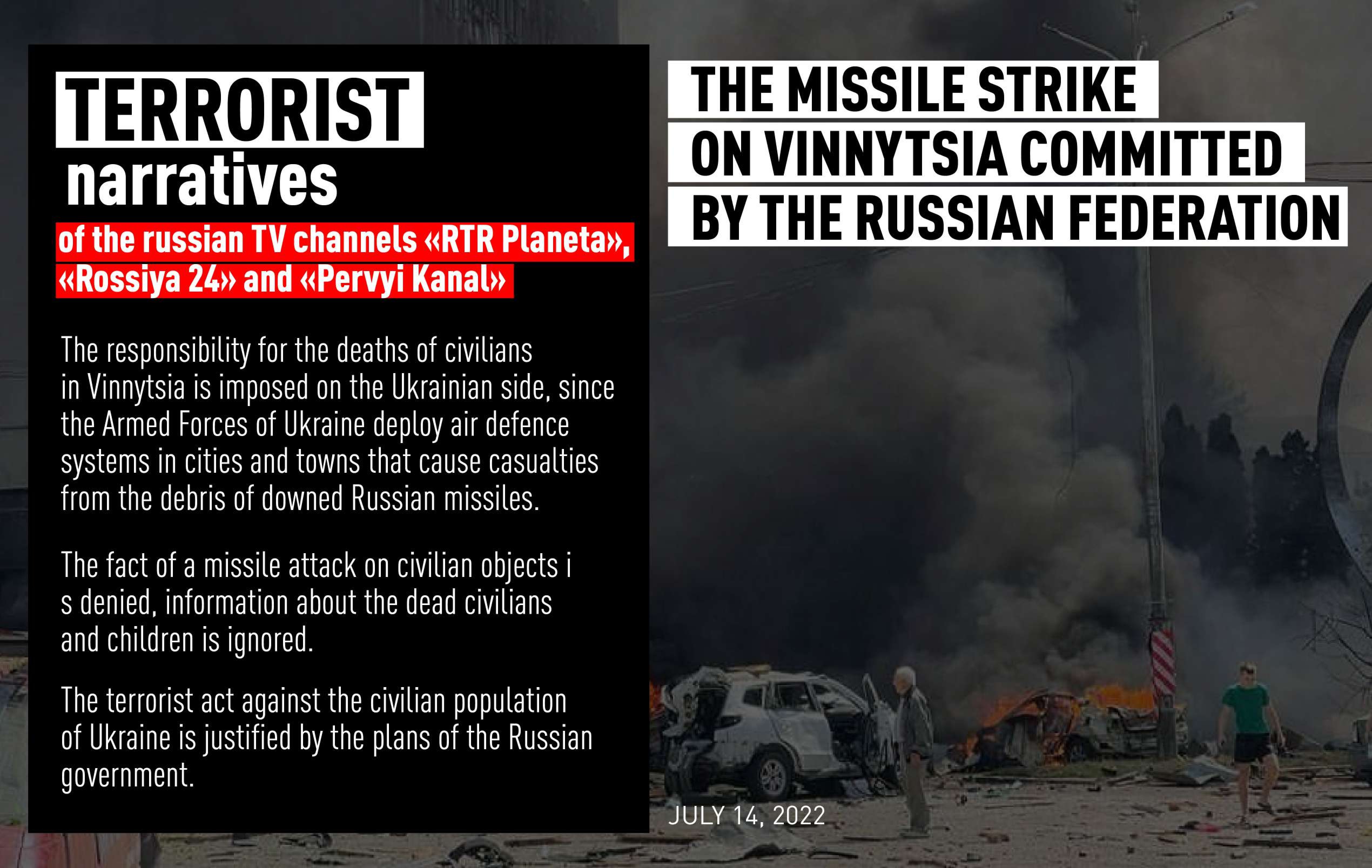 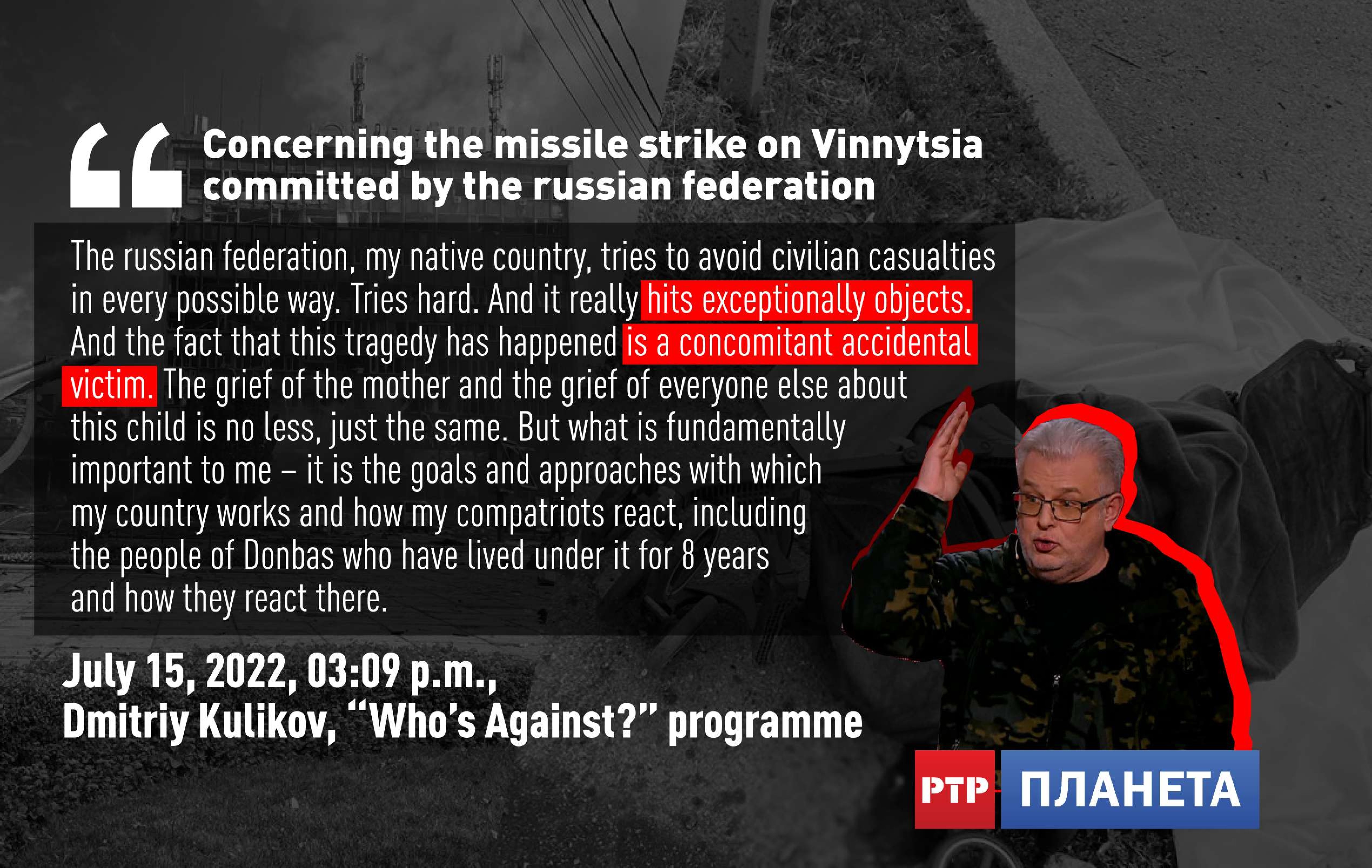 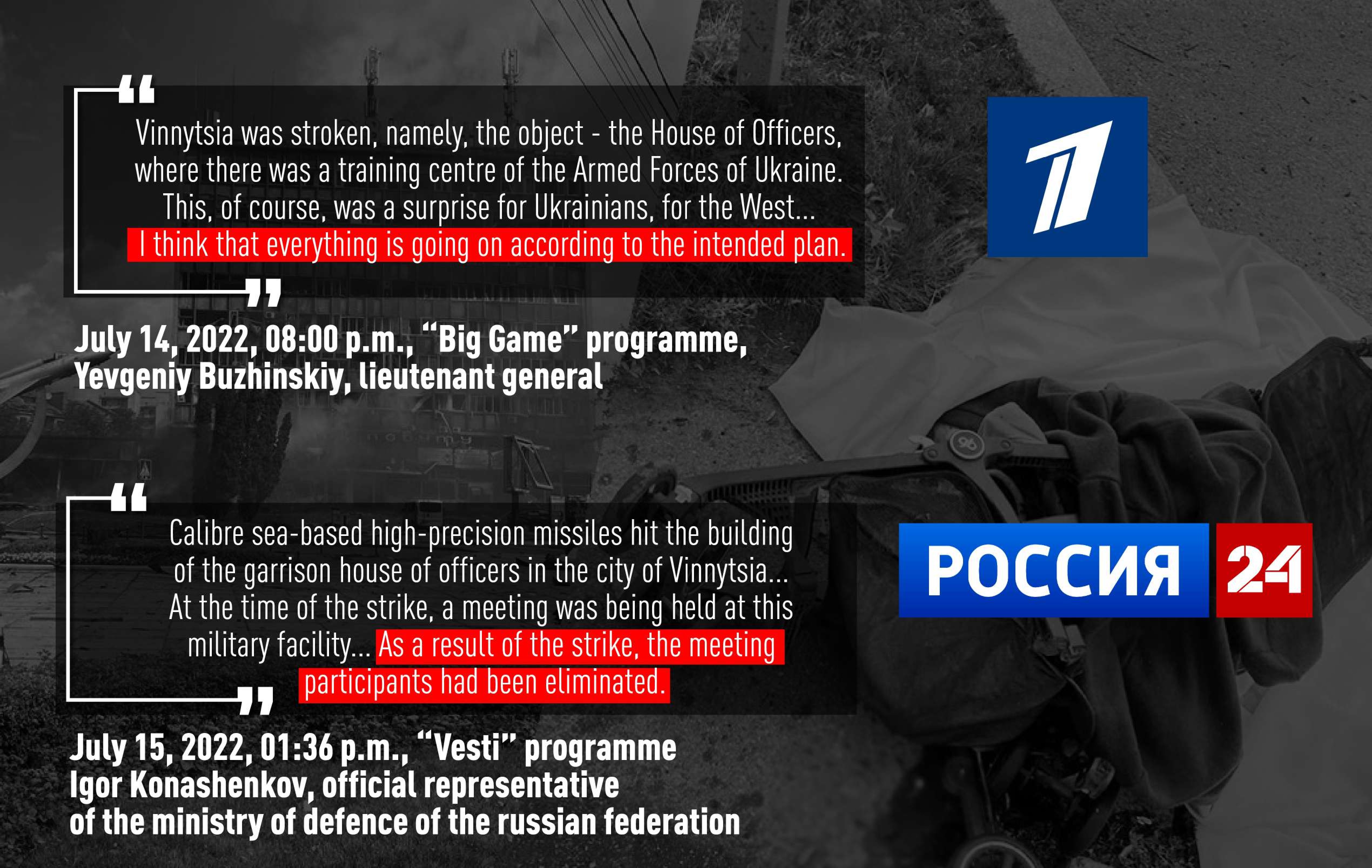 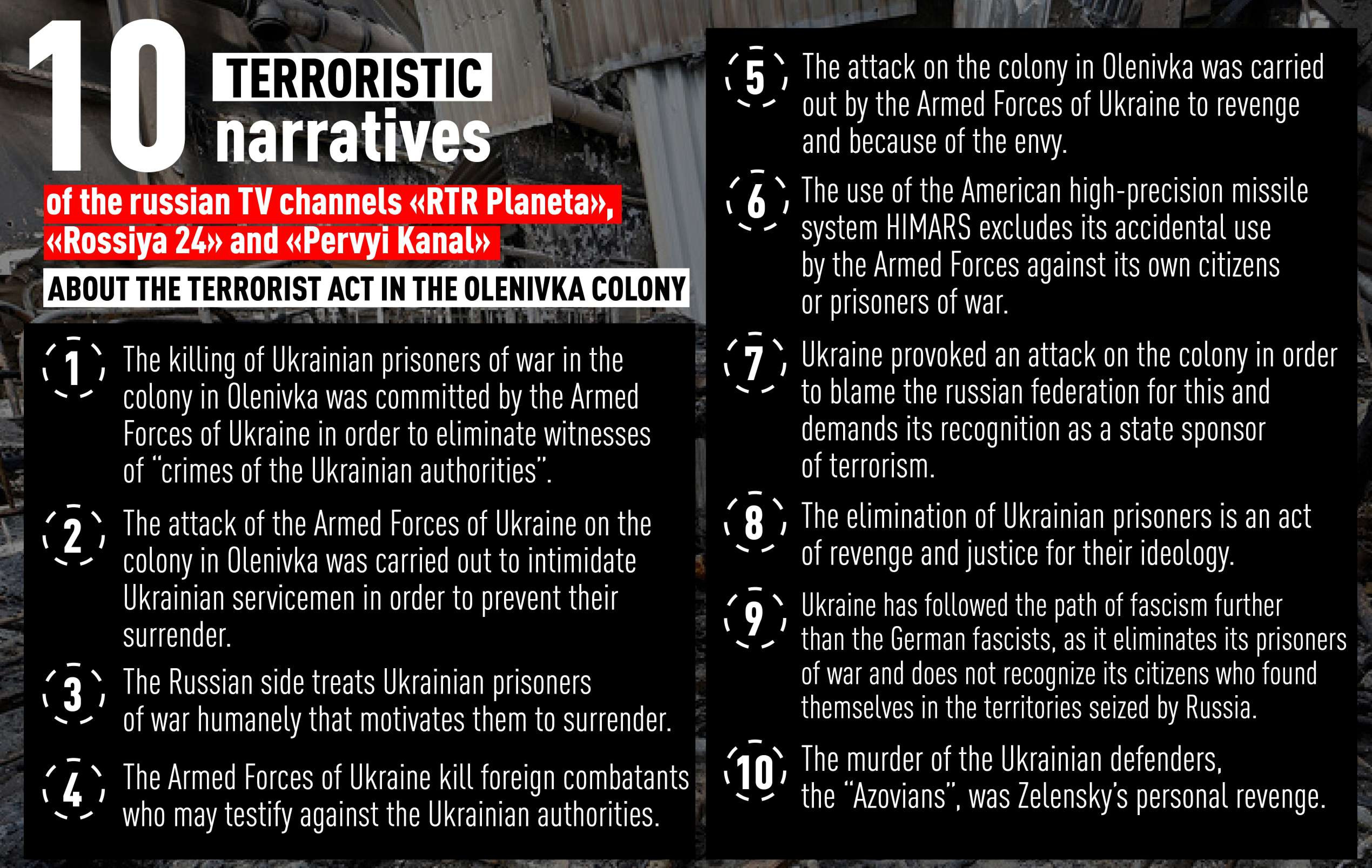 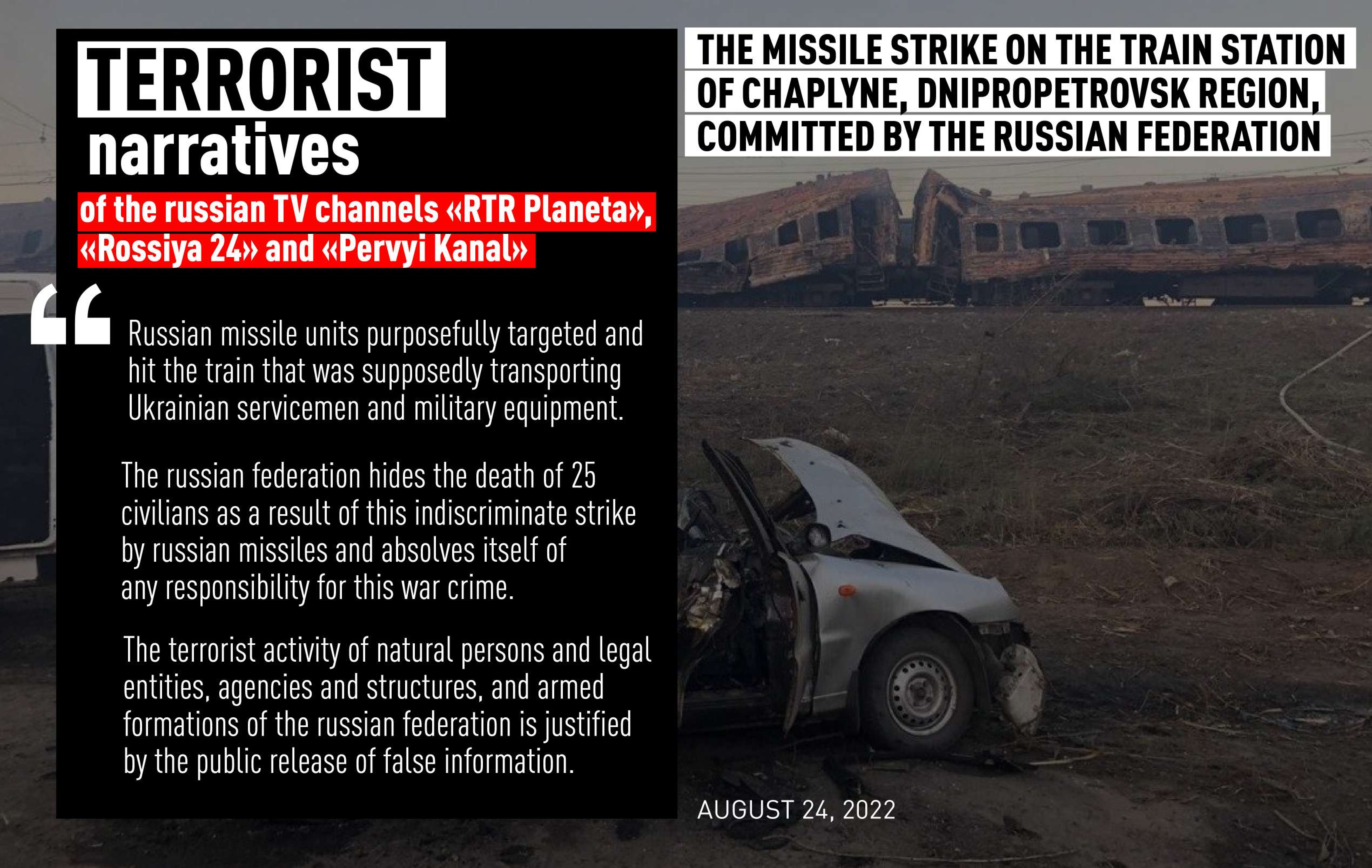