On the second day of the workshop for the representatives of the National Council, its participants identified the future priority tasks - Національна рада України з питань телебачення і радіомовлення

On the second day of the workshop for the representatives of the National Council, its participants identified the future priority tasks

On October 24, within the framework of the expert workshop organized under the auspices of the joint project of the Council of Europe and the European Union “Partnership for good governance” for representatives of the National Council in the regions and the staff of the Regulatory authority, a number of issues were considered regarding both the strategic tasks of the National Council and its organizational work and coordination between structural subdivisions. 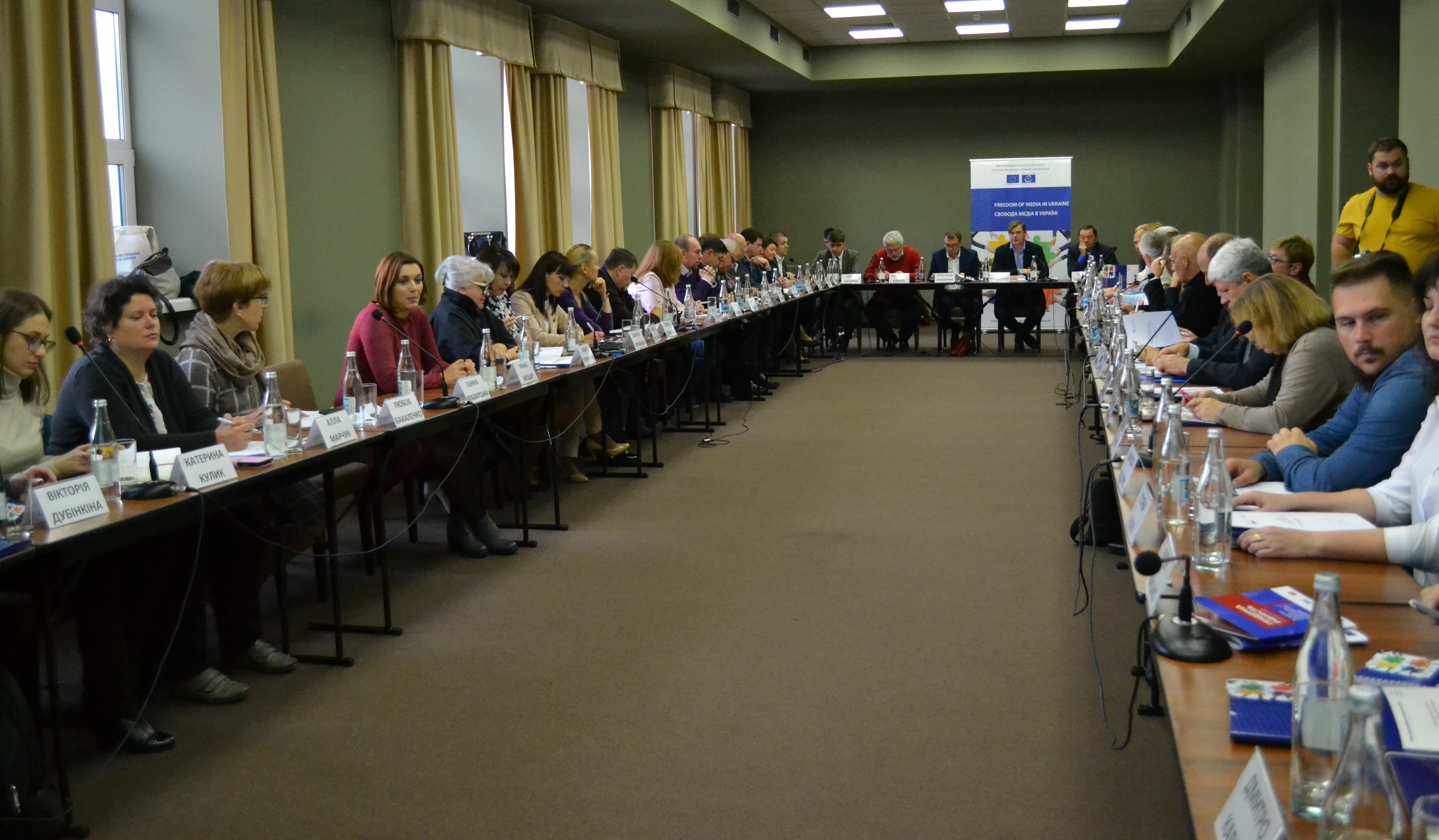 The priority tasks for the Regulator as of now are: to implement the Community Broadcasting project and provide the opportunity to broadcast in digital format to those local companies that wish to do so.

Over the past three years, 70 local radio stations received FM frequencies for organizing their own broadcasts, Serhii Kostinskyi, a member of the National Council, told. Among the regions where community broadcasting is most actively developed are: Ivano-Frankivsk, Lviv, Sumy, Kharkiv, Chernihiv. In addition, the Regulator recently initiated an assessment of radio frequencies in 17 localities of Zhytomyr Region. According to Serhii Kostinskyi, this dynamics will not cease, therefore this direction of work remains among the most important for representatives of the National Council in the regions. After all, they are the first communication points of the Regulator with local and regional communities, they explain how to organize a local radio station, what steps need to be taken to start broadcasting, how to fill out documents, etc. 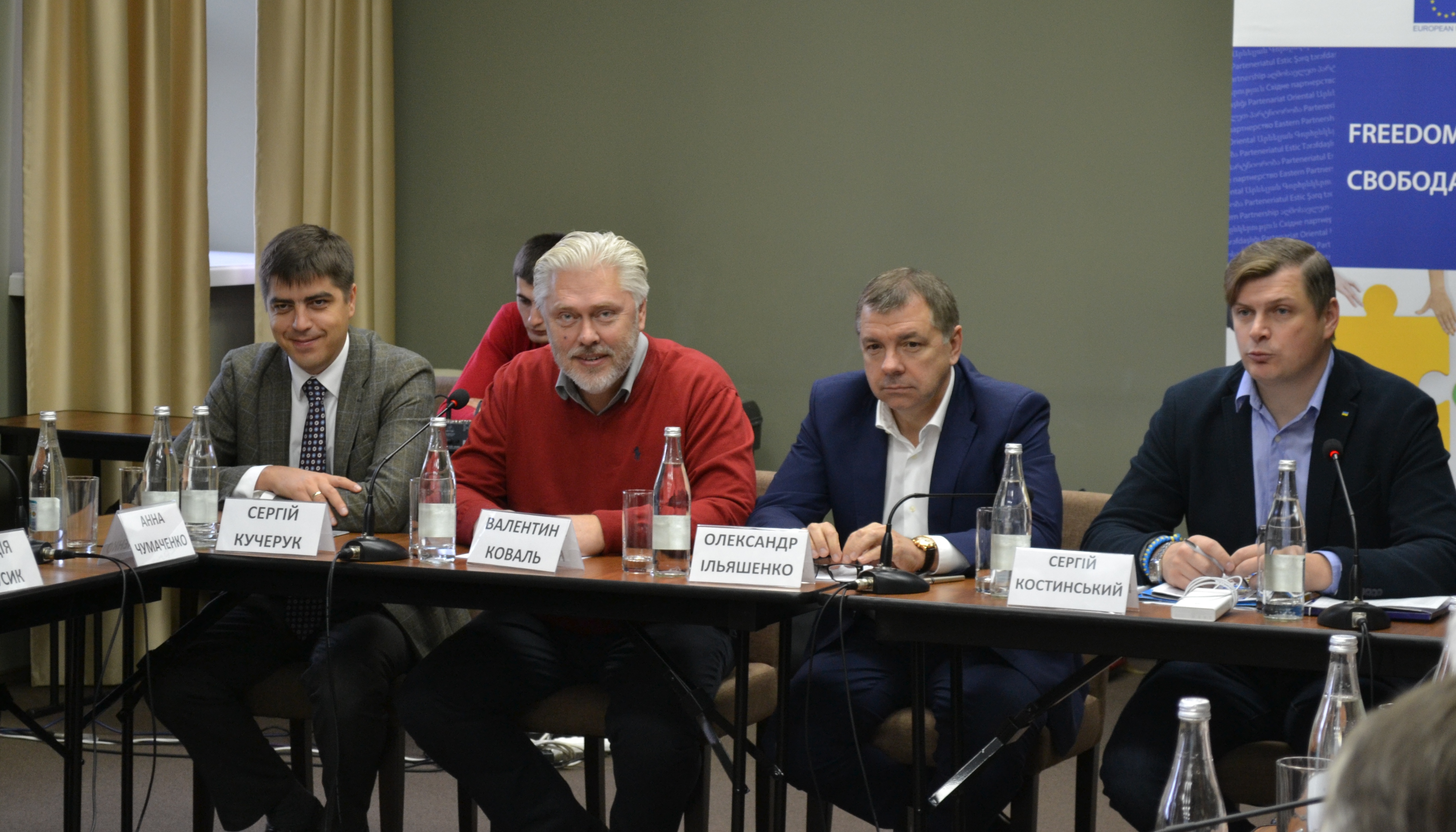 Serhii Kostinskyi emphasized the need to monitor the activities of providers more closely regarding the distribution of television channels that are not included in the List of foreign programs that meet the requirements of the European Convention on Transfrontier Television and of the legislation of Ukraine. This is especially important for the Donetsk and Luhansk Regions. He said that representatives of the Regulator in the regions should also pay additional attention to the distribution of such programs in hotels, cafes and restaurants.

The Executive Secretary of the National Council Oleksandr Iliashenko spoke about the introduction of digital broadcasting in the country. Issues relevant for TV and radio organizations are the provision of digital licenses for those broadcasters that wish to broadcast in the digital format. Currently, 110 local companies do not have digital broadcasting licenses, of which 63 want to continue to work in digital standards. Oleksandr Iliashenko spoke about the requirements for local companies to fill out and submit documents for digital broadcasting. Additional clarifying information was also provided by the representative of the Ukrainian State Center of Radio Frequencies Yevheniy Mirzakov. It was about allocation zones for digital broadcasting, foreseen for Ukraine by international agreement Geneva 2006, the number of possible channels involved (multiplexes) and the prospect of their increase. After releasing I and II digital dividends, these frequencies will be used for the development of mobile communications, so the amount of radio frequency resource that can be used for television and radio will be halved. Therefore, UCRF is currently working on calculations to effectively meet the needs of all television and radio companies wishing to broadcast digitally. To understand the situation, the most complete technical information from broadcasters is required. Consequently, representatives of the National Council in the regions should provide information to the central apparatus for summarization and planning. 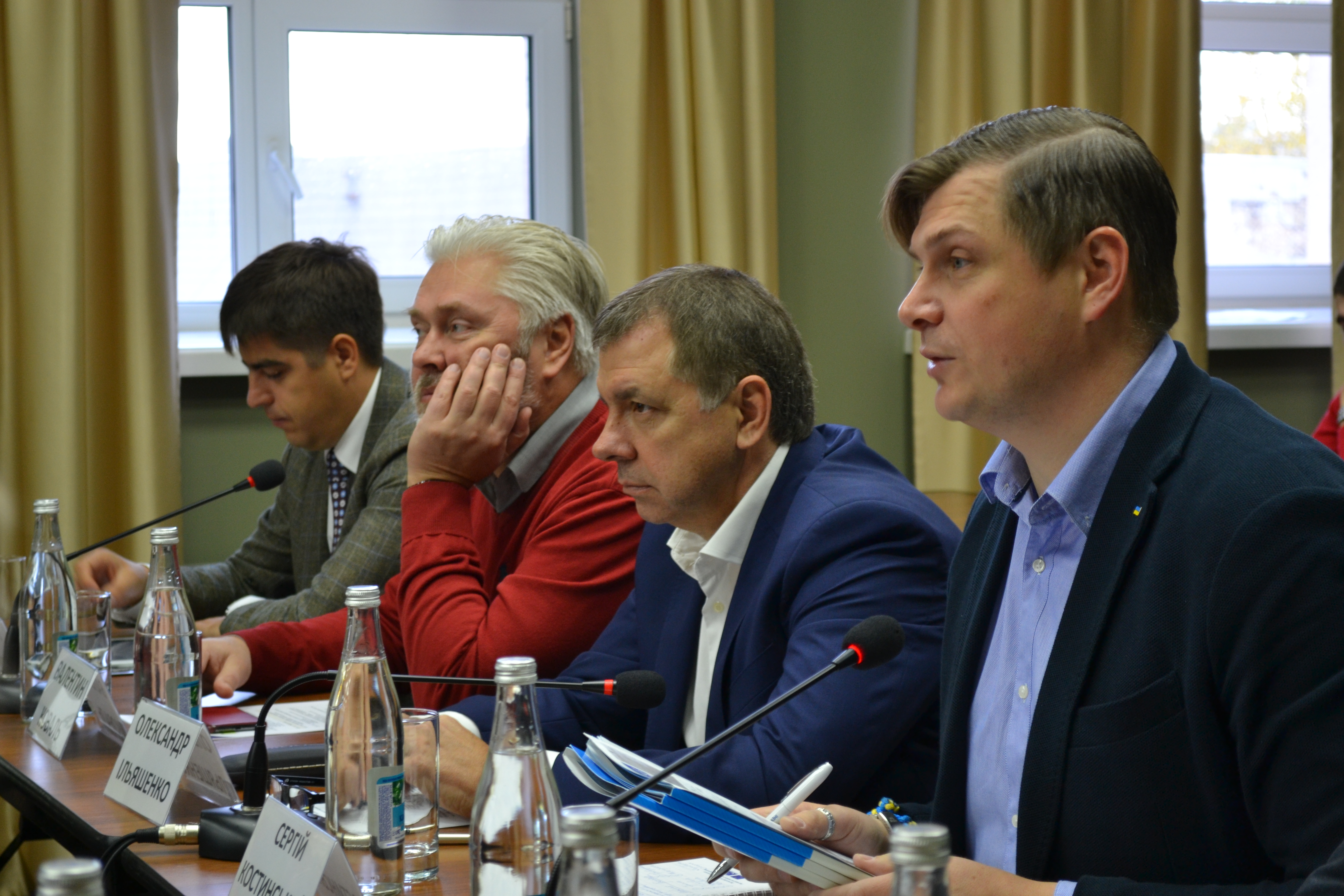 Member of the National Council Valentyn Koval told about work on the introduction of a new monitoring center. The implementation of this process will last for three years. It is expected that by the end of this year, in Kyiv, a monitoring center will be established, which will receive and process the signal of national air and satellite TV channels. Next year, the capabilities of the monitoring center will be expanded, which will allow the processing of data of local TV channels. The technical specification is being prepared so that as soon as funding is available, it is possible to immediately launch a tender at the beginning of next year and complete this second stage of the development of the monitoring center.

Every regional representative of the National Council in the regions will receive at least two monitoring kits. One of them will be stationary and will receive TV and radio programs, the signal of which is available at the office of representation. The other kit will be mobile to monitor remote TV channels – local or cable, which can not be received at the office. The stationary kit requires high-speed Internet so that it can be recorded simultaneously in Kyiv on the main servers of the Regulator. Of course, it will be possible to store the data on drives in case of unstable Internet connection. 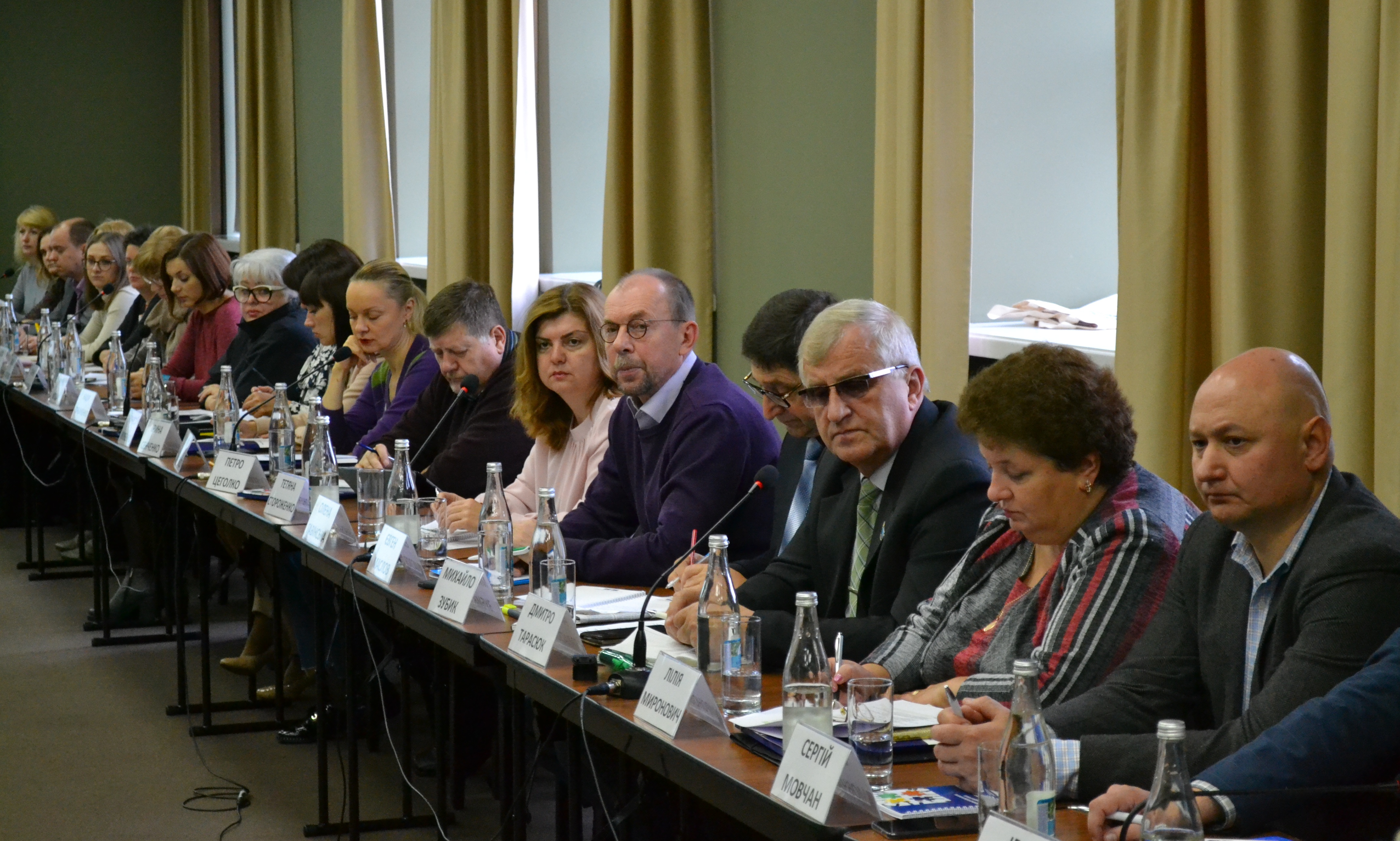 According to Valentyn Koval, the monitoring center in Kyiv will perform many functions in a semi-automatic mode as a software product. Among the functions performed by the new monitoring system – transcription – the conversion of oral speech and video into text. At the moment, the type of software that can be used in order to transcribe the Ukrainian language is being researched. Currently such software is rare and for the most part it’s used in the private sector. The new software will allow to analyze texts and videos, including sampling key phrases and words, photos, recognizing faces, emblems, logos, counting the number of references to various names on TV and radio. “This is a full-fledged system, but we will be the first ones to take it”, said Valentyn Koval. “I hope that it will once grow into the national monitoring center, which will be used not only by the National Council, but also by other authorities, as it happened in the United States, where all civil servants now use the data of such a content center”.

The Chairman of the National Council Iurii Artemenko also greeted the participants of the workshop. He drew attention to the challenges the Regulator will face in the near future. The most important of these is the electoral campaign, which, although it will add to the work of all the employees of the national Regulator, however, must testify that everyone is doing their job well. He urged to treat all TV and radio organizations equally and in good faith to record signs of violations. This data will then be referred to the CEC. 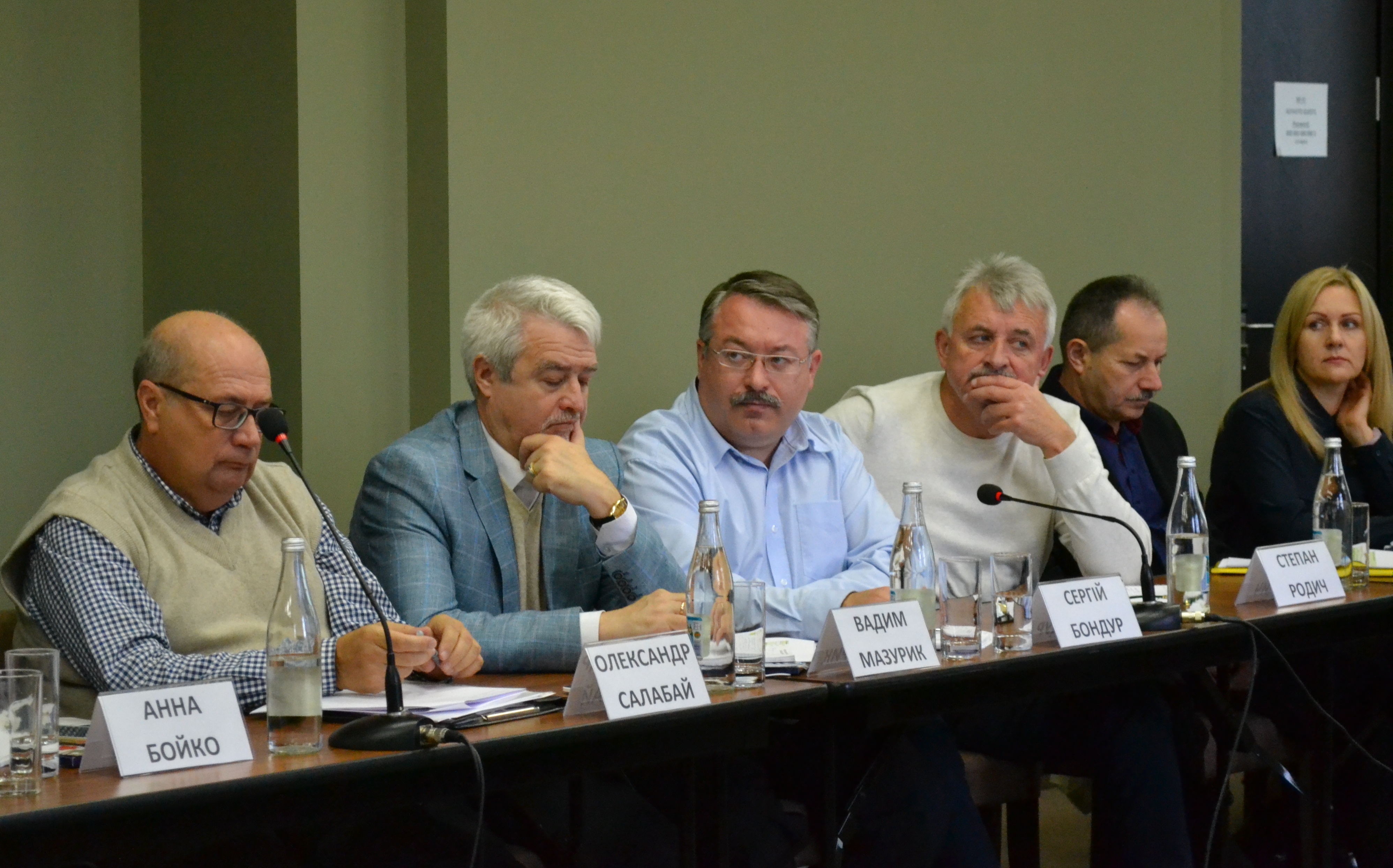 The heads of the structural units of the National Council also spoke in separate reports. They were dedicated to the preparatory work in the regions on the formation of databases for the future monitoring center, the peculiarities of completing the inspections of licensees, typical violations by the TV and radio organizations at the time of submission of their documents, correct information on beneficiary owners and related persons, etc.

The head of the personnel department explained in detail the requirements for conducting an annual assessment of the activities of civil servants, as provided by the new civil service law. 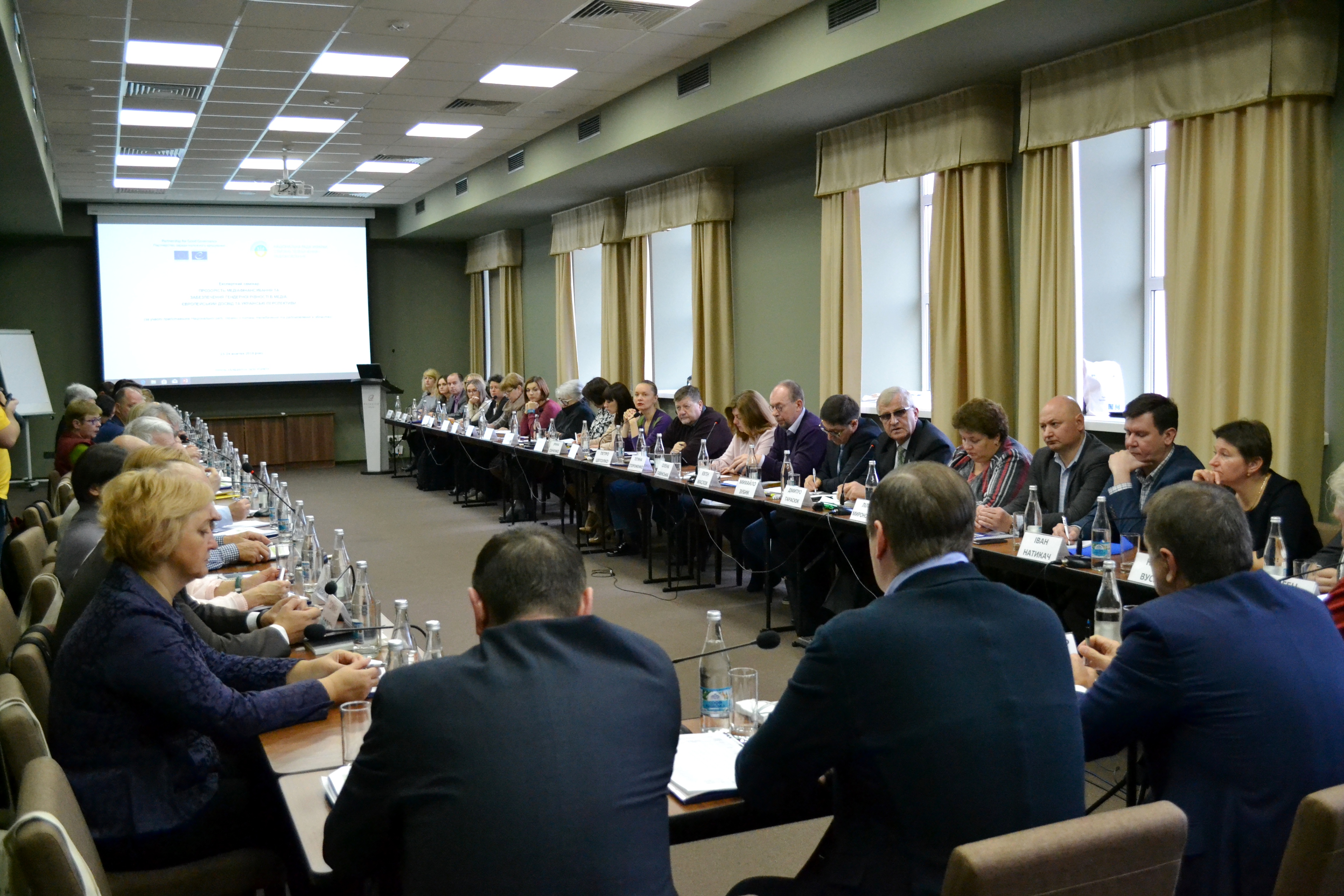 Representatives of the National Council also talked about the realities of broadcasting in their regions, changes that have recently occurred, trends that have arisen. Each of them particularly focused on the problematic issues and the possibility of solving them.

Serhii Kostinskyi, who was moderating the course of the workshop, emphasized that this work is crucial – to hear from each representative the information that requires joint decisions from Regulator and from other local and central authorities and state structures. Through discussions such as this, the joint action plan is created. 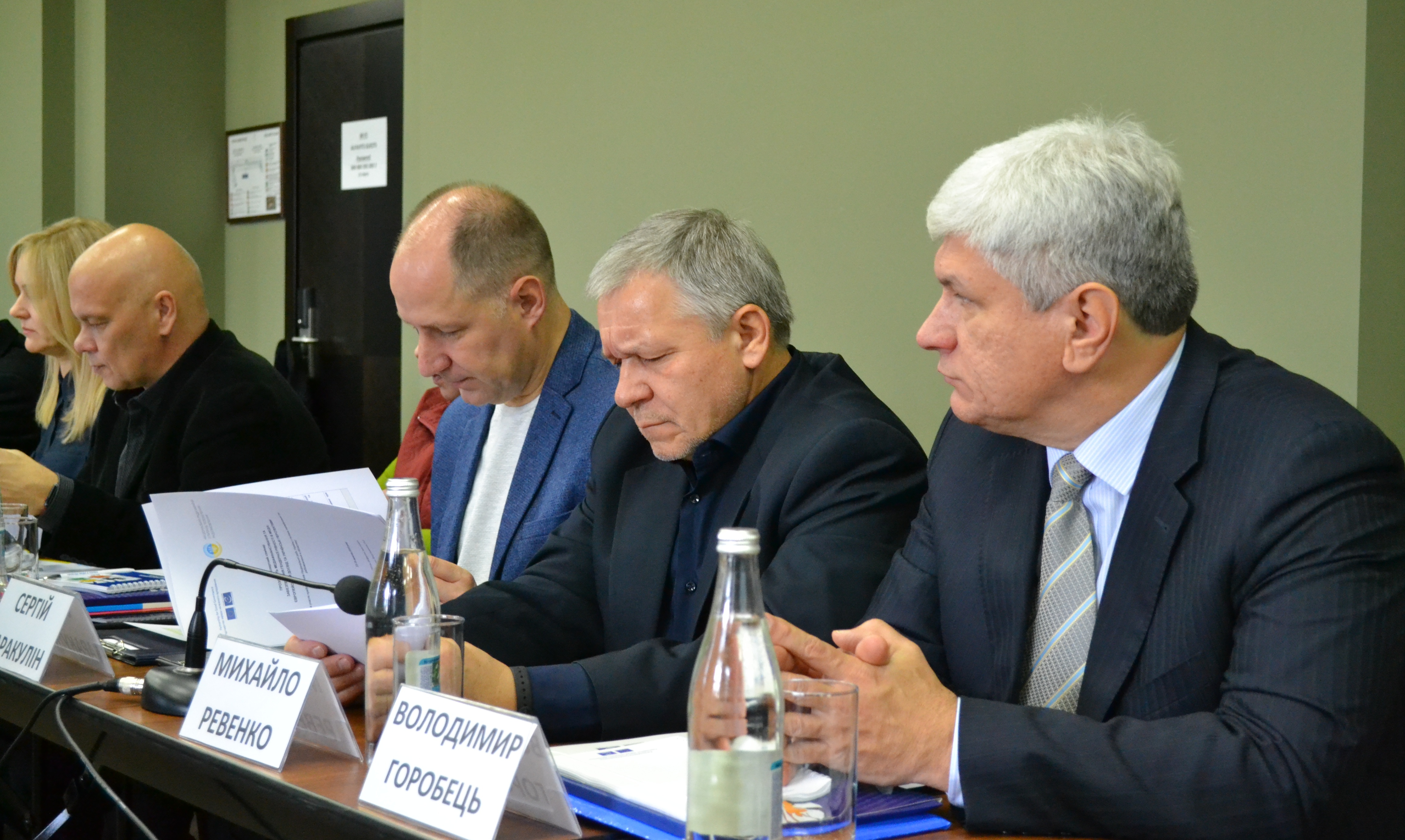 Members of the National Council expressed their gratitude to the Council of Europe Office for the interesting reports of experts and assistance in organizing such an important event for the central office and representatives of the National Council. The Council of Europe Office in Ukraine presented the participants with certificates on attending the lectures on topics such as “Gender sensitivity as a component of media expertise” and “Problematic aspects of transparency of media financing in Ukraine”.