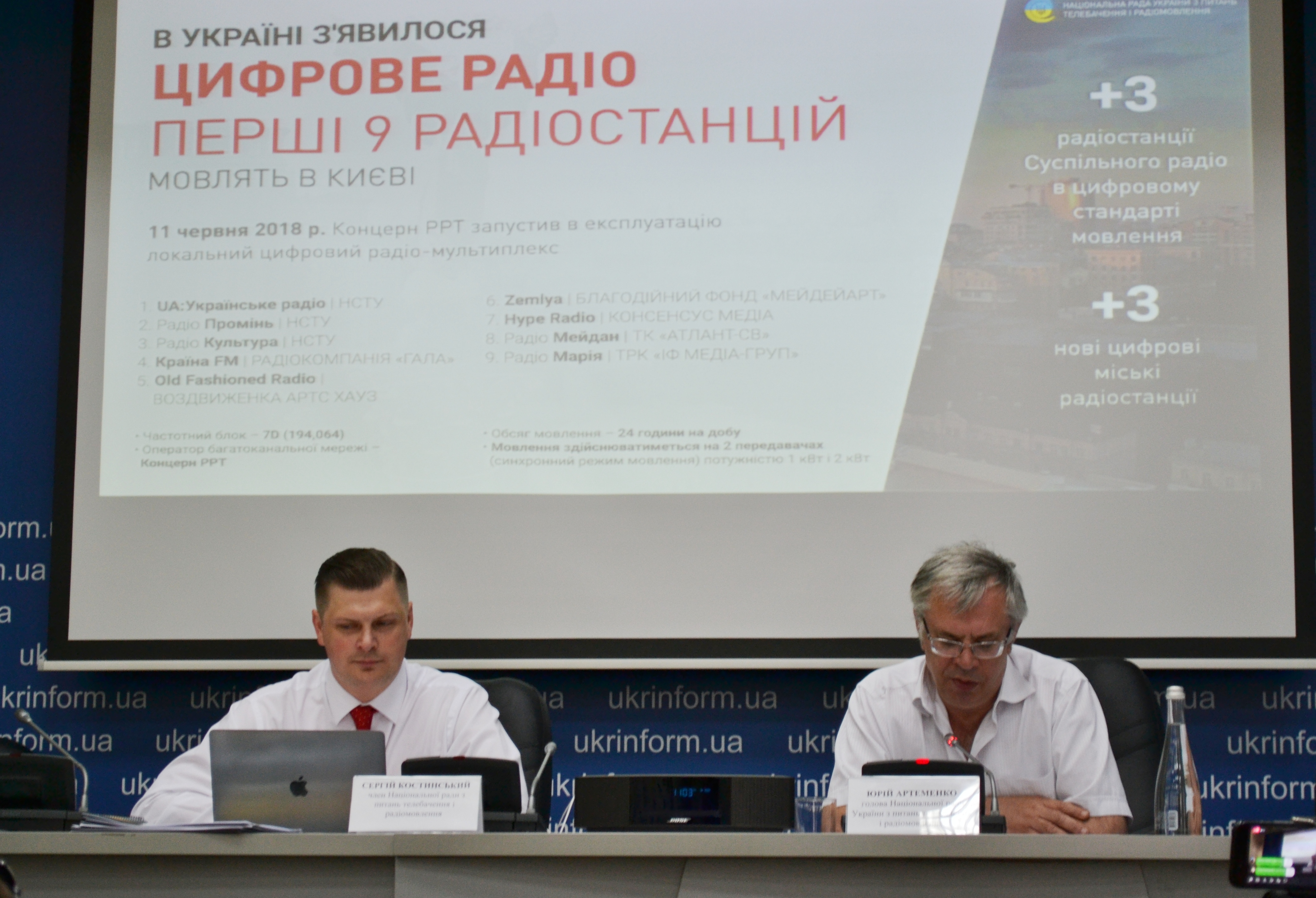 During the press conference held today, on 19 June 2018, Iurii Artemenko, Chairman of the National Council, and Serhii Kostynskyi, Member of the National Council, tested the quality of the digital radio signal by means of a special receiver. In the premises of the Ukrinform Agency, that located in B. Khmelnitsky Street, even without lifting the antenna up high, they managed to catch the signal of several radio stations. In general, the digital radio signal covers Kyiv all round, as well as the suburbs.

“We believe that we have future possibilities”, Iurii Artemenko stated. At the same time, he also indicated the main challenge that the development of digital radio faces – the lack of receivers. Now digital radio can be heard and listened to primarily in new cars equipped with special receivers. The rest of the citizens need to purchase either an adapter for older cars or a usual radio receiver accepting T-DAB signal.

Iurii Artemenko highlighted outcomes of the recent meeting of the representatives of TV and radio companies, who provide broadcasting in the digital radio multiplex, that took place at the National Council. “We gathered them and offered to unite into an association that would facilitate digital radio. They have a lot of ideas on how to do it, how to promote digital radio, how to increase the number of transmitters, possibly to raffle them off”, he said. With the interest of all parties, there is a great hope that this experiment of the National Council and the media industry will be successful. 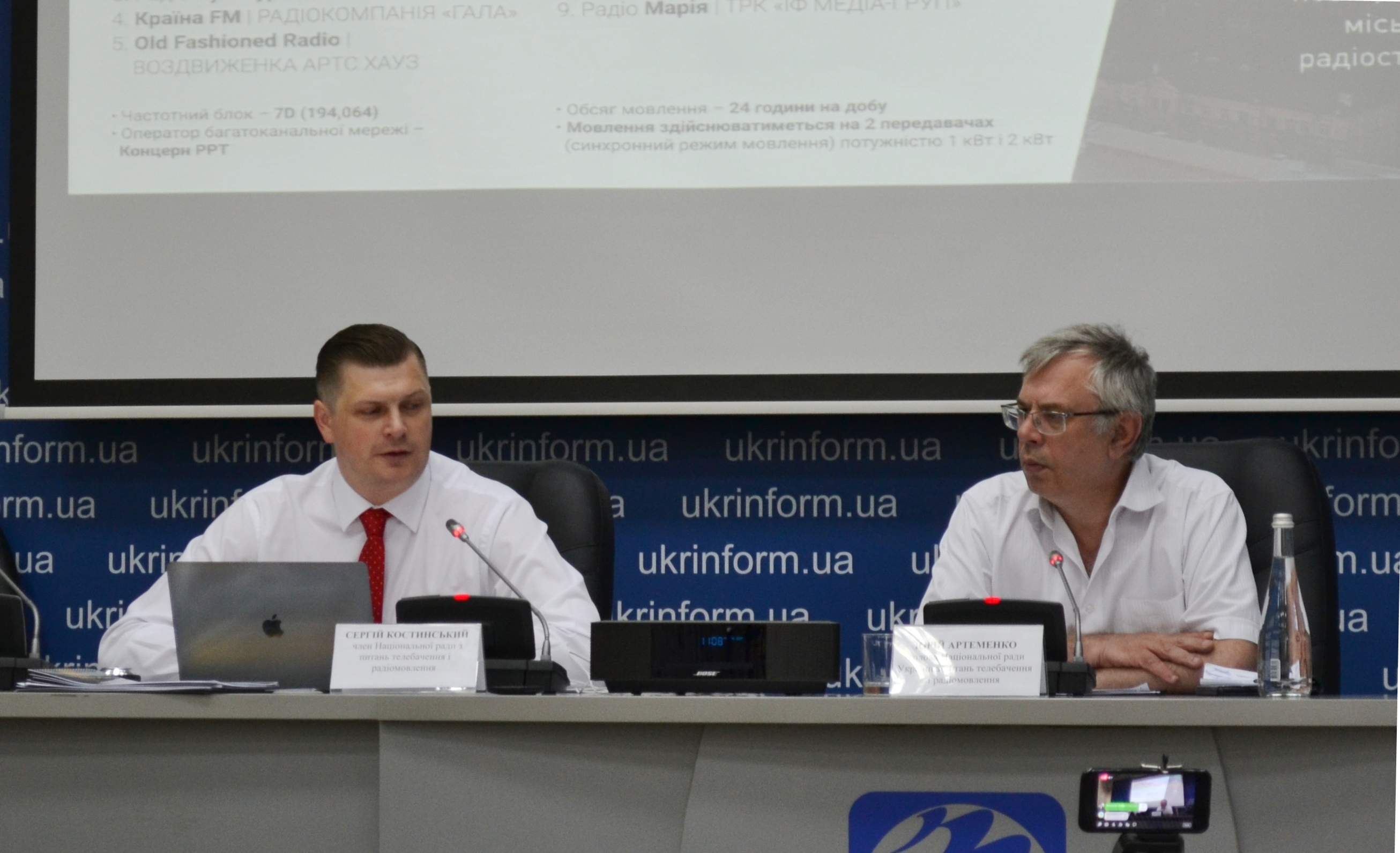 Operation of digital radio in Kyiv is carried out by two transmitters, working in synchronous mode on the 7D channel, with the power of 1 kW and 2 kW. The broadcast is in T-DAB standard.

Serhii Kostynskyi noticed that large radio groups at first perceived the idea of ​​introducing digital radio quite skeptically. But now, when the following competition for 4 places in this digital radio multiplex has been announced, one of the largest media groups of Ukraine has applied. “And we have no doubts that all 14 radio stations will be in digital broadcasting”, Serhii Kostynskyi said.

In general, 5 applicants have applied for the competition. Reception of documents has been already closed. Until 14 August winners of this competition will be defined. 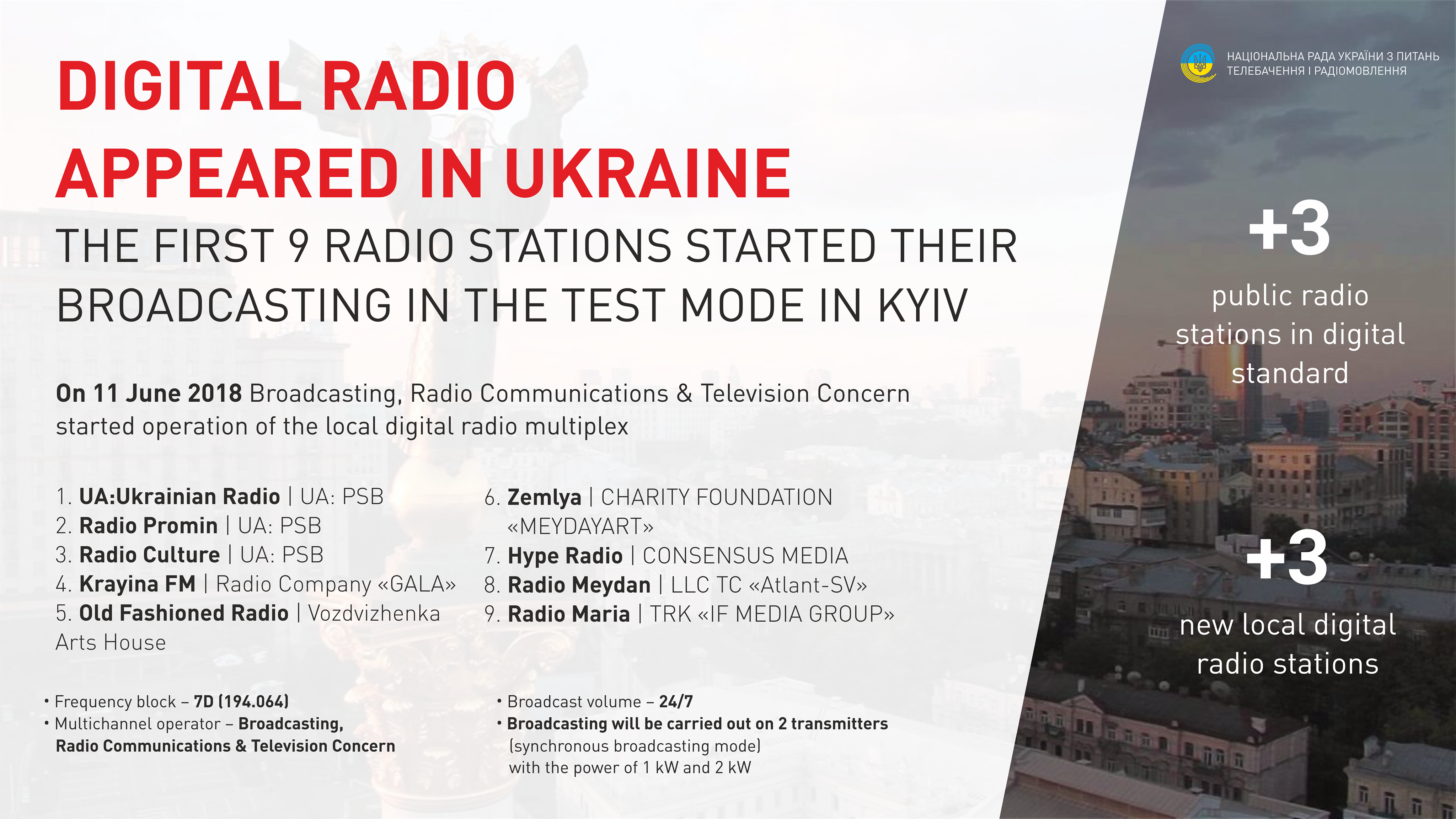