In November 14 national radio stations succeeded to fulfill the language quota, the Member of the National Council Ms Olena Nitsko said at a meeting on December 8. The regulator monitors the nationwide radio broadcasting on a monthly basis in compliance with parts two, three and five of Article 9 of the Law of Ukraine “On Television and Radio Broadcasting” (the Law). The obligatory volume of the state language is monitored in programmes and songs broadcast by licensees. 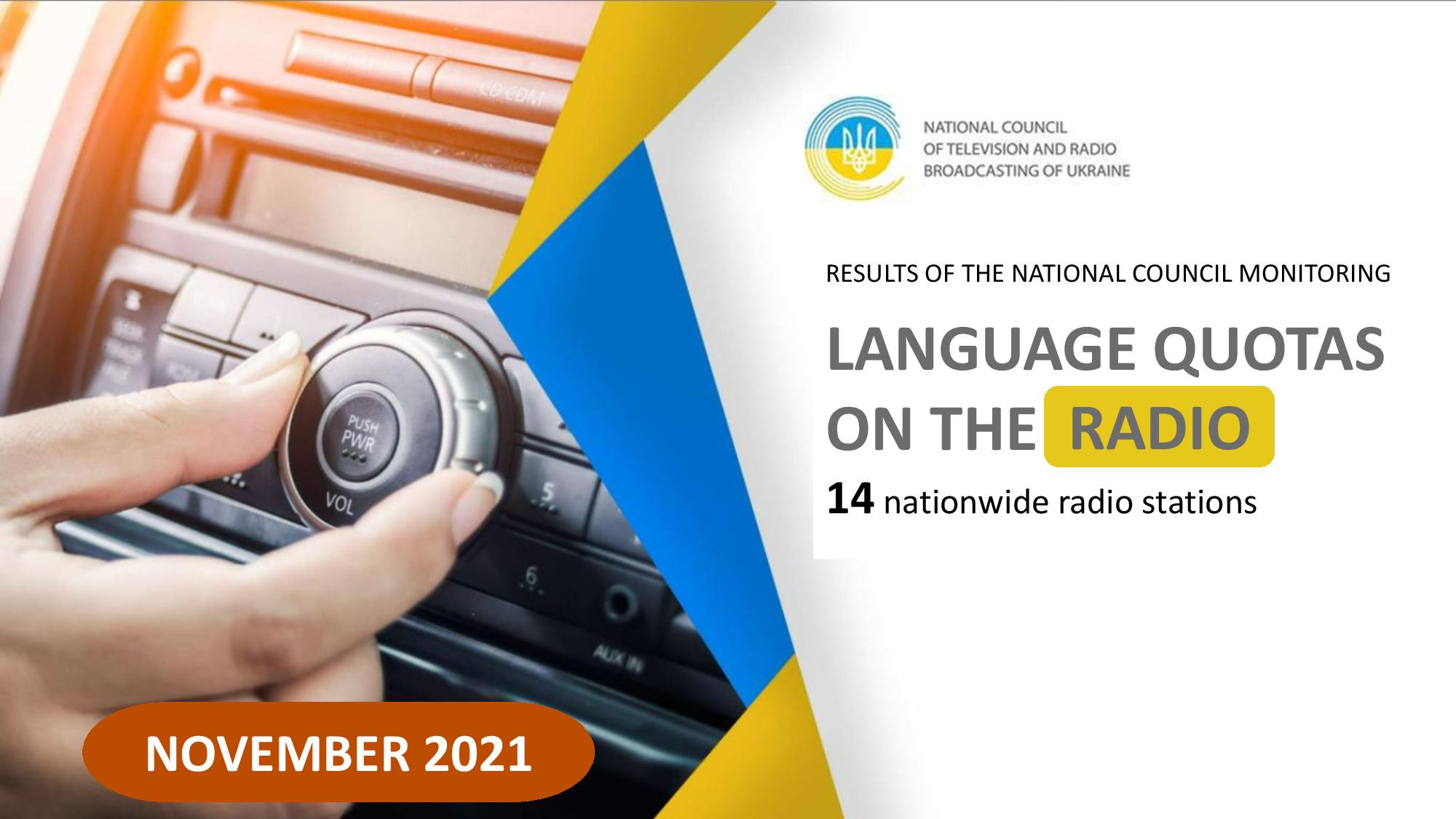 Two out of fourteen radio stations are completely Ukrainian-language stations – “Kraiina FM” and “Ukrainske Radio”. On the day of the monitoring 100% of the programmes and songs in their broadcasting sounded in Ukrainian. 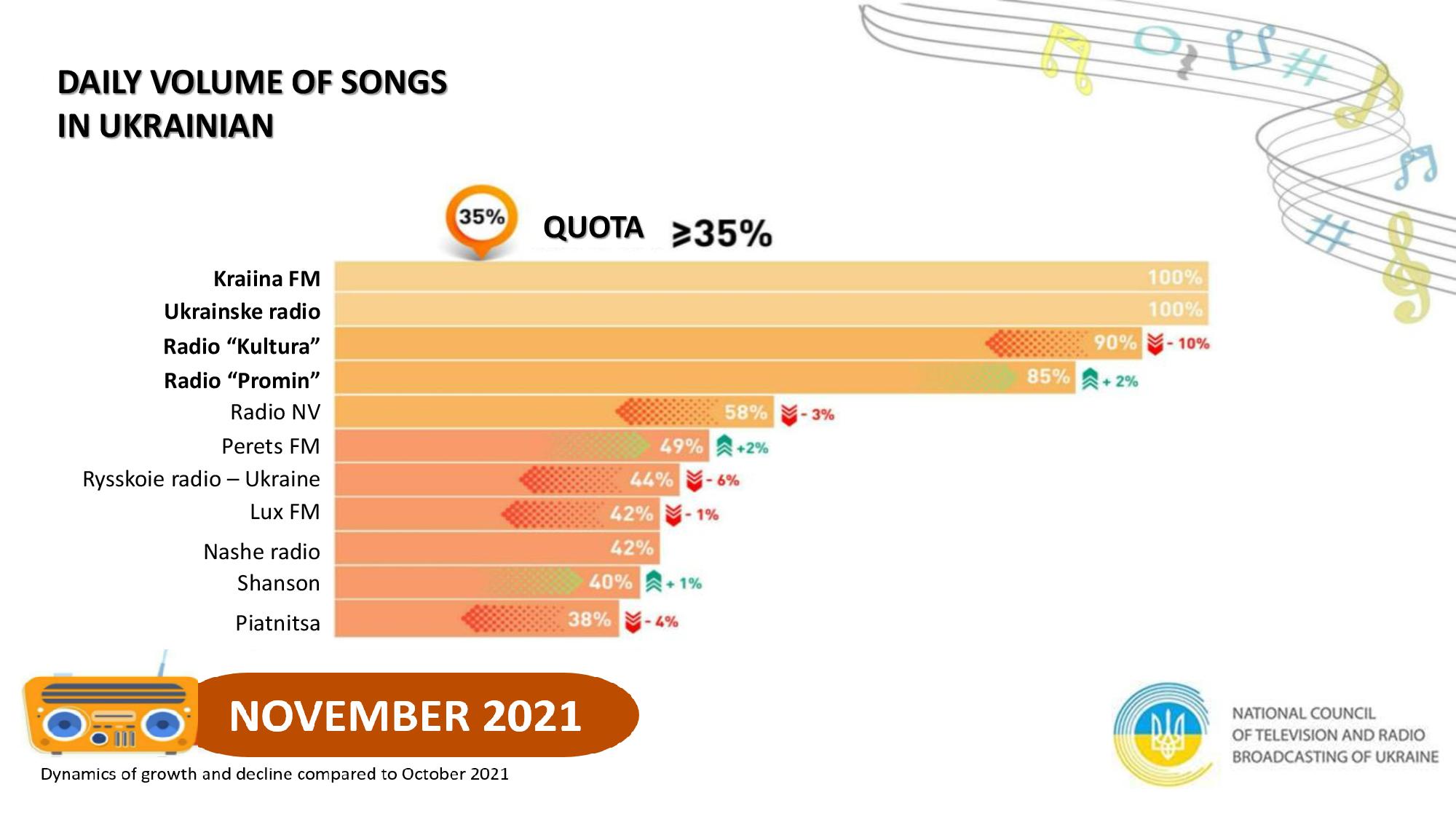 “Radio “Kultura” – 90% and “Radio “Promin” – 85% are among the leaders of the volume of songs in the Ukrainian language. The radio station “Piatnitsa” showed the lowest figures this month. Only 38% of all the songs that were broadcast on it during the day sounded in Ukrainian. 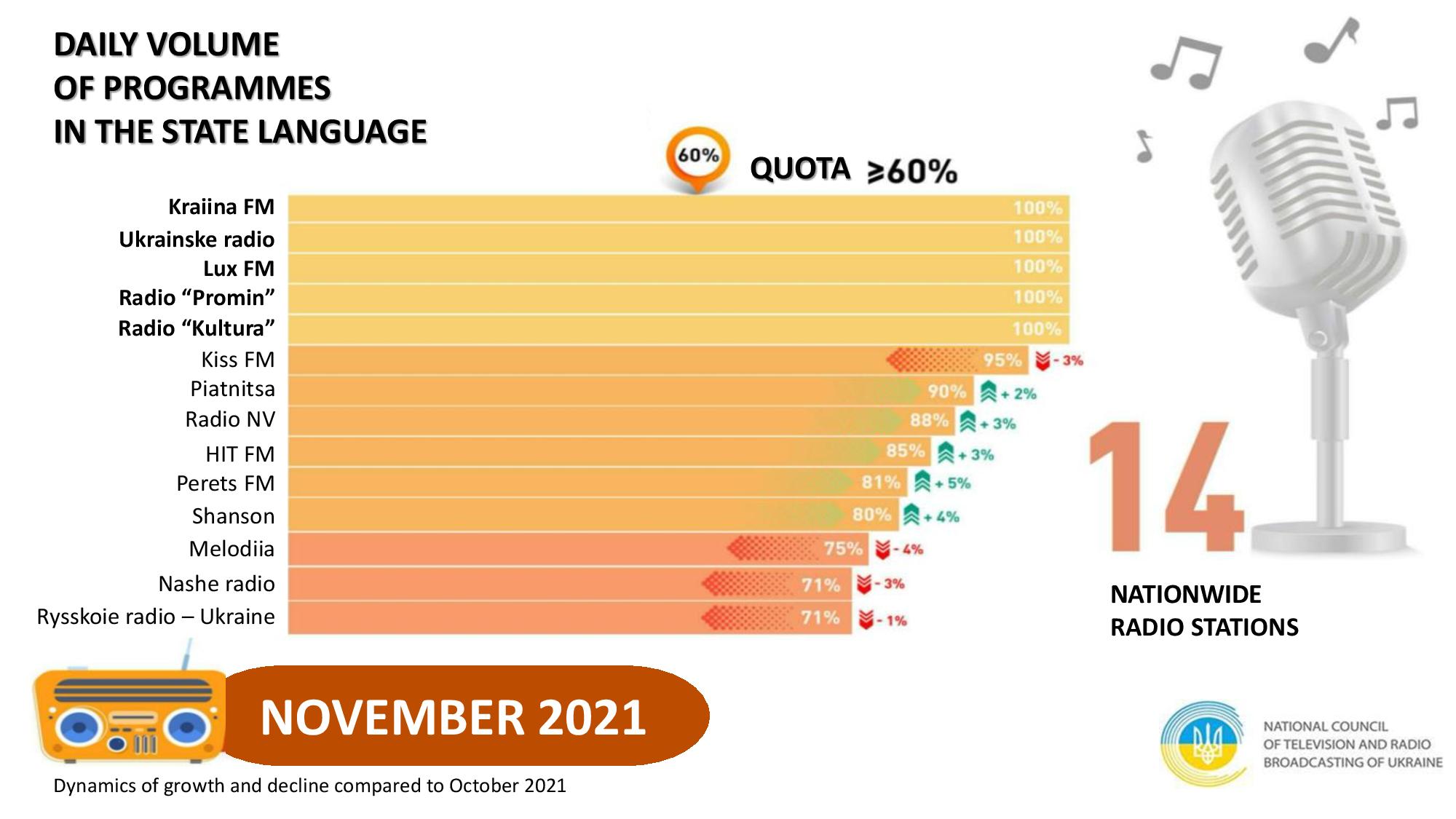 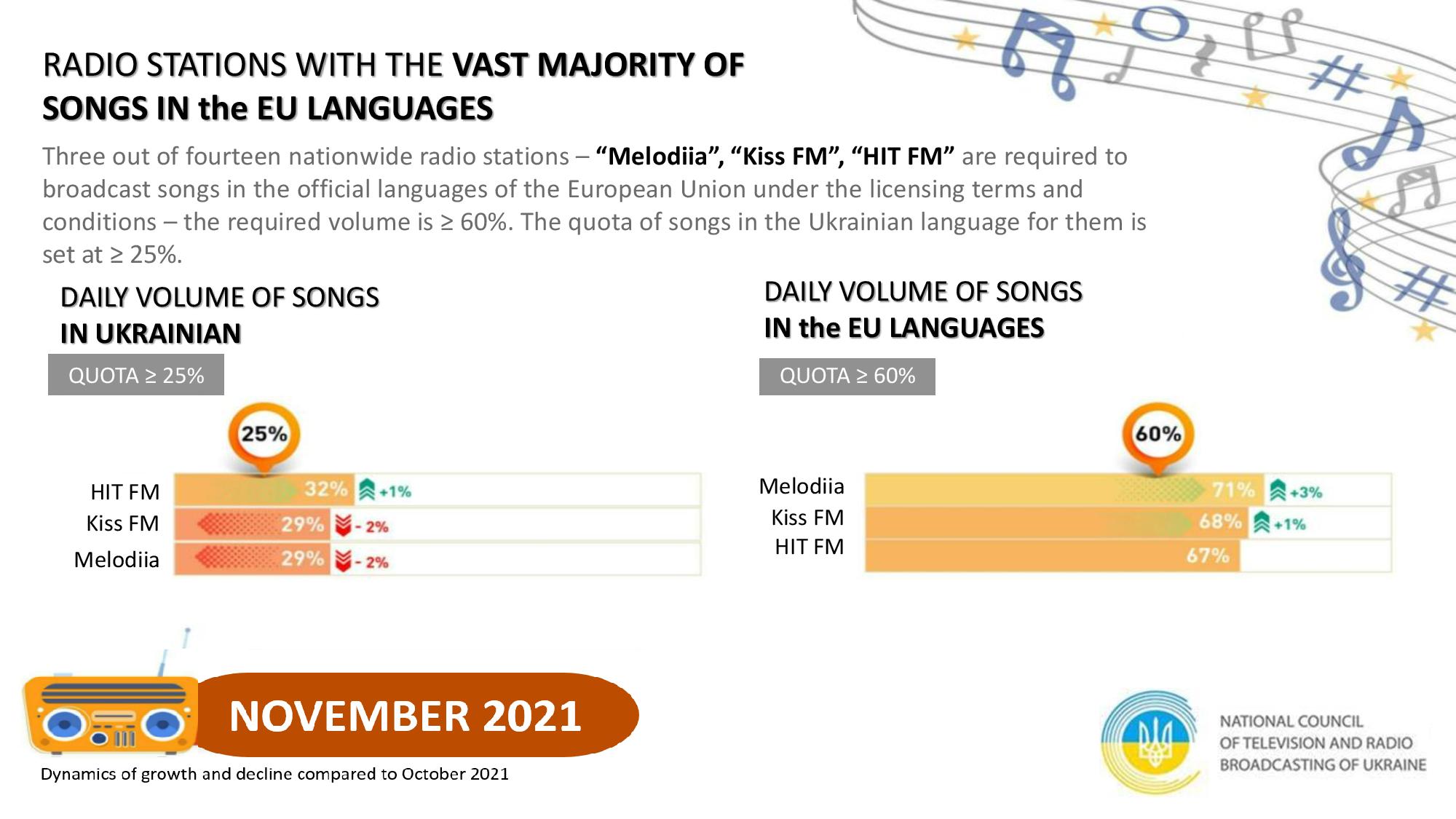 More detailed monitoring results of the National Council can be seen in the infographics. 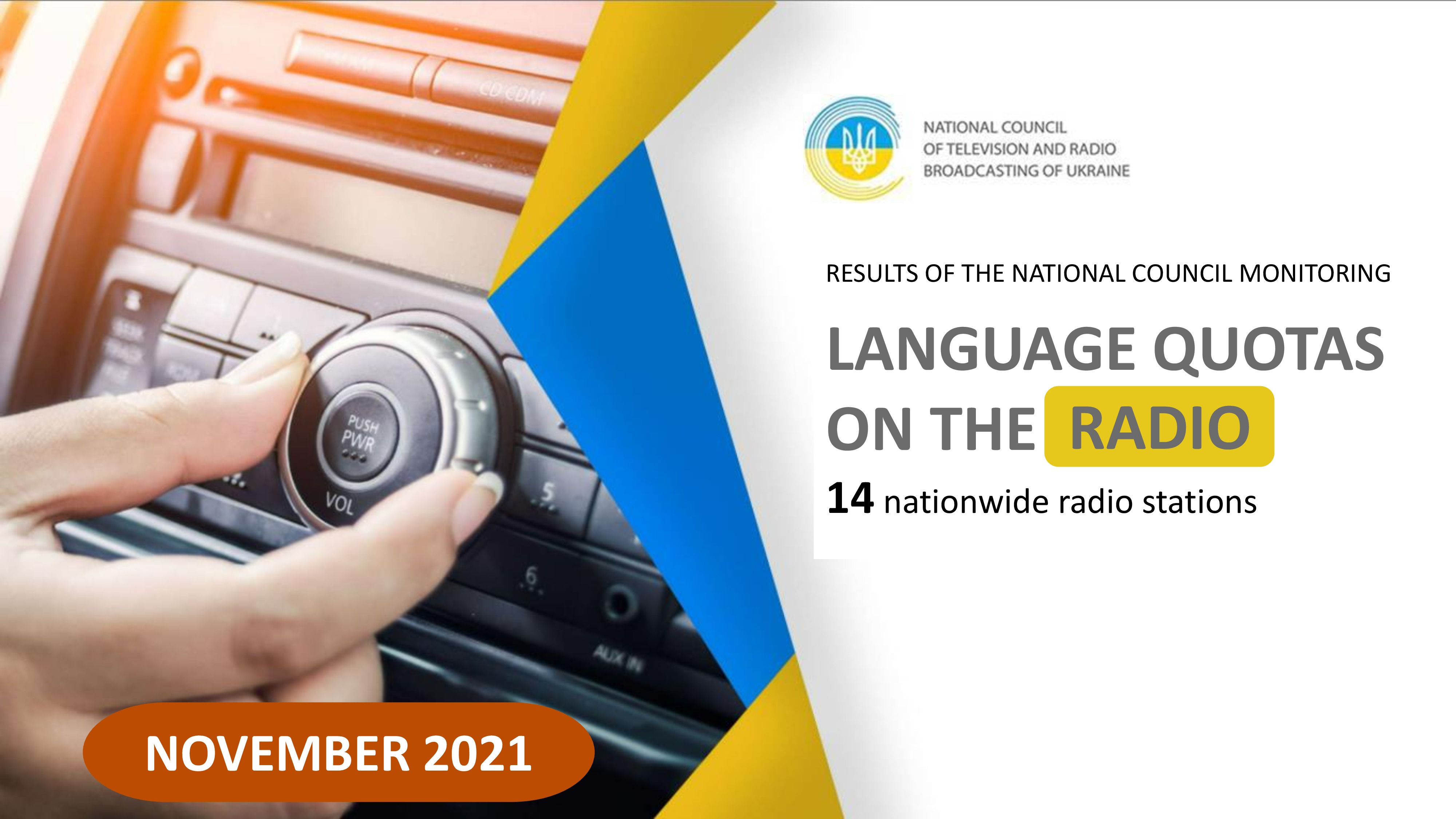 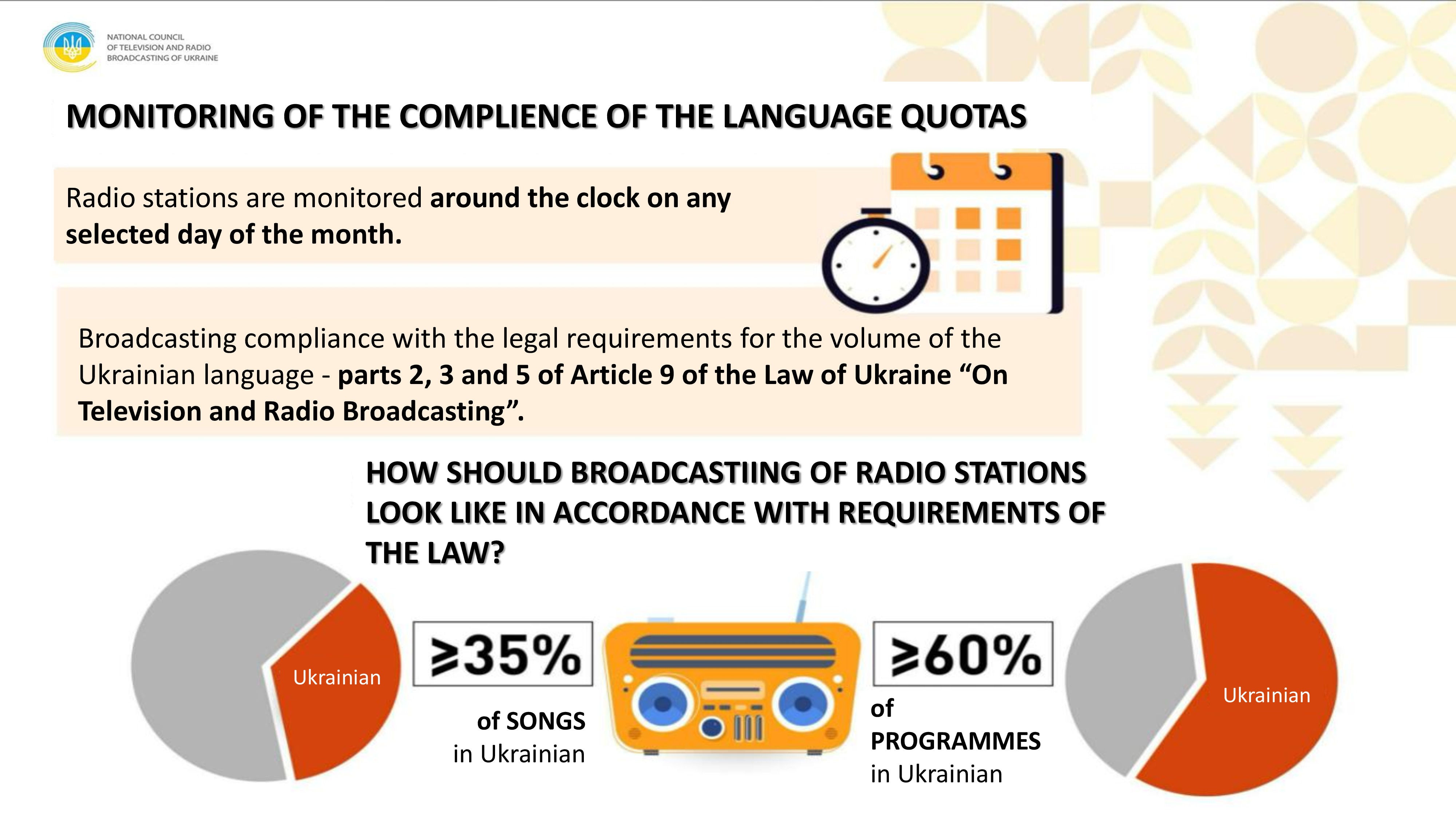 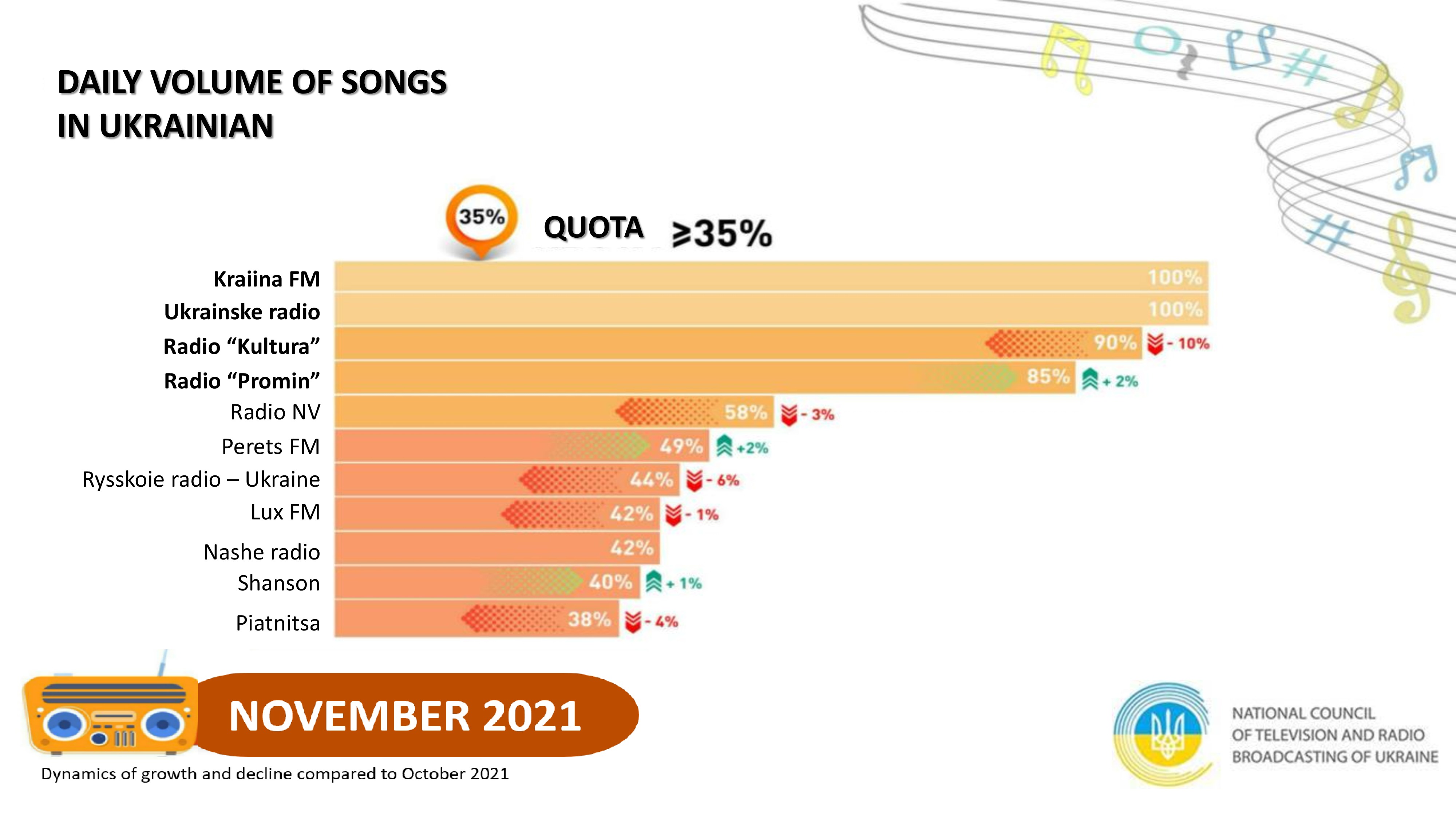 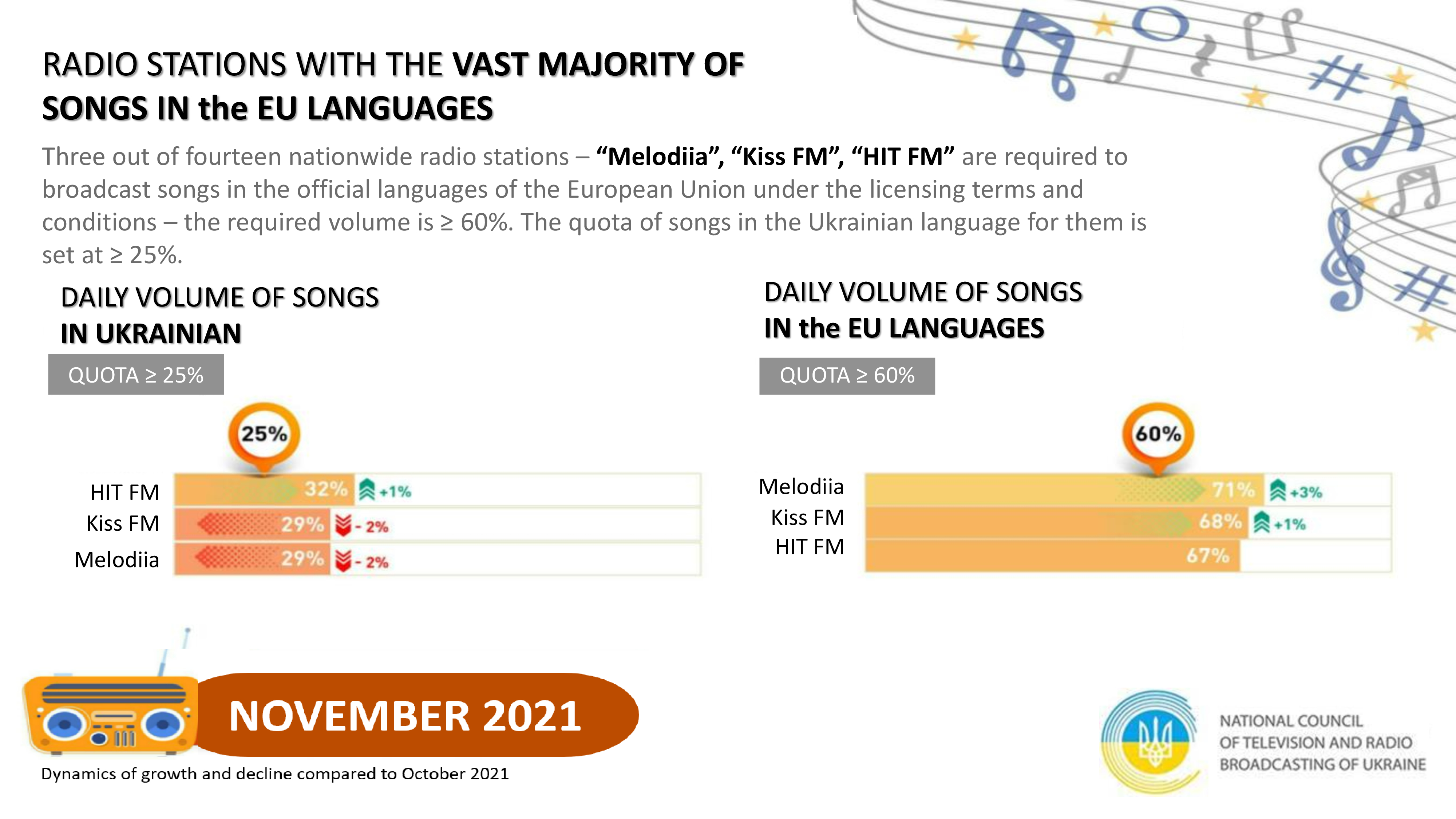