The promotional campaign of the “UA: Ukrainian Radio” was launched in major cities of Ukraine

Commencing 17 December the “UA: Ukrainian Radio” has launched an information campaign on public transport in the regional centers of Ukraine to support public broadcasting. This was announced by Dmytro Khorkin, Producer General of the “Ukrainian Radio” on his Facebook page.

In particular, he noted: “In the largest cities of the country, the first trams and cars branded with “UA: Ukrainian Radio” and indicating FM-frequencies and download codes came on their routes.”

The National Radio Council consistently and persistently supports and takes measures aimed at the deployment of the FM-network of the “Ukrainian Radio”. During the period from 2015 to 2018, in accordance with the legislation and understanding the mission of the Public Service Broadcasting, the Regulator has granted 97 radio frequencies for its needs. Thus, a nationwide FM broadcasting network of the “Ukrainian Radio” was created and the coverage area of the “Promin ​​Radio” and the “Culture ​​Radio” was significantly expanded. Currently, the public radio uses 372 frequencies. 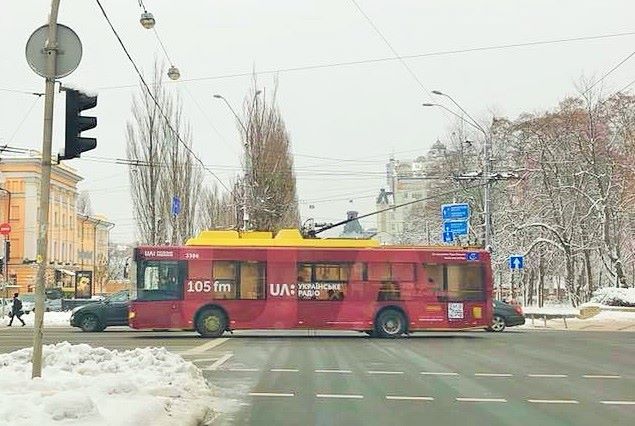 In 2018, all three programmes of the National Public Broadcasting Company of Ukraine took part in the competitions held by the National Council and received 16 new FM radio frequencies: “Ukrainian Radio” – 9, “Promin Radio” – 4, “Kultura Radio” – 3. Moreover, all three programmes of the public broadcaster were licensed for digital radio broadcasting in Kyiv.

The promotional campaign has become possible due to the financial support of the Council of Europe and its Office in Ukraine.

Dmitry Khorkin mentioned that the audience of the “Ukrainian Radio” has recently increased by 67%, and also expresses the hope that now, when relevant information will be seen by drivers, passengers, ordinary passersby, the number of listeners will increase in large cities. “Yes, the campaign is aimed at attracting new audience and recognizing the brand “UA: Ukrainian Radio.”