The sociological poll commissioned by the National Council in May-June 2019 to the Kyiv International Institute of Sociology showed that Ukrainian citizens perceive differently the changes that have taken place over the past three years on TV. The public opinion data were made public on June 25, 2019, during the press conference at the Ukrinform News Agency. 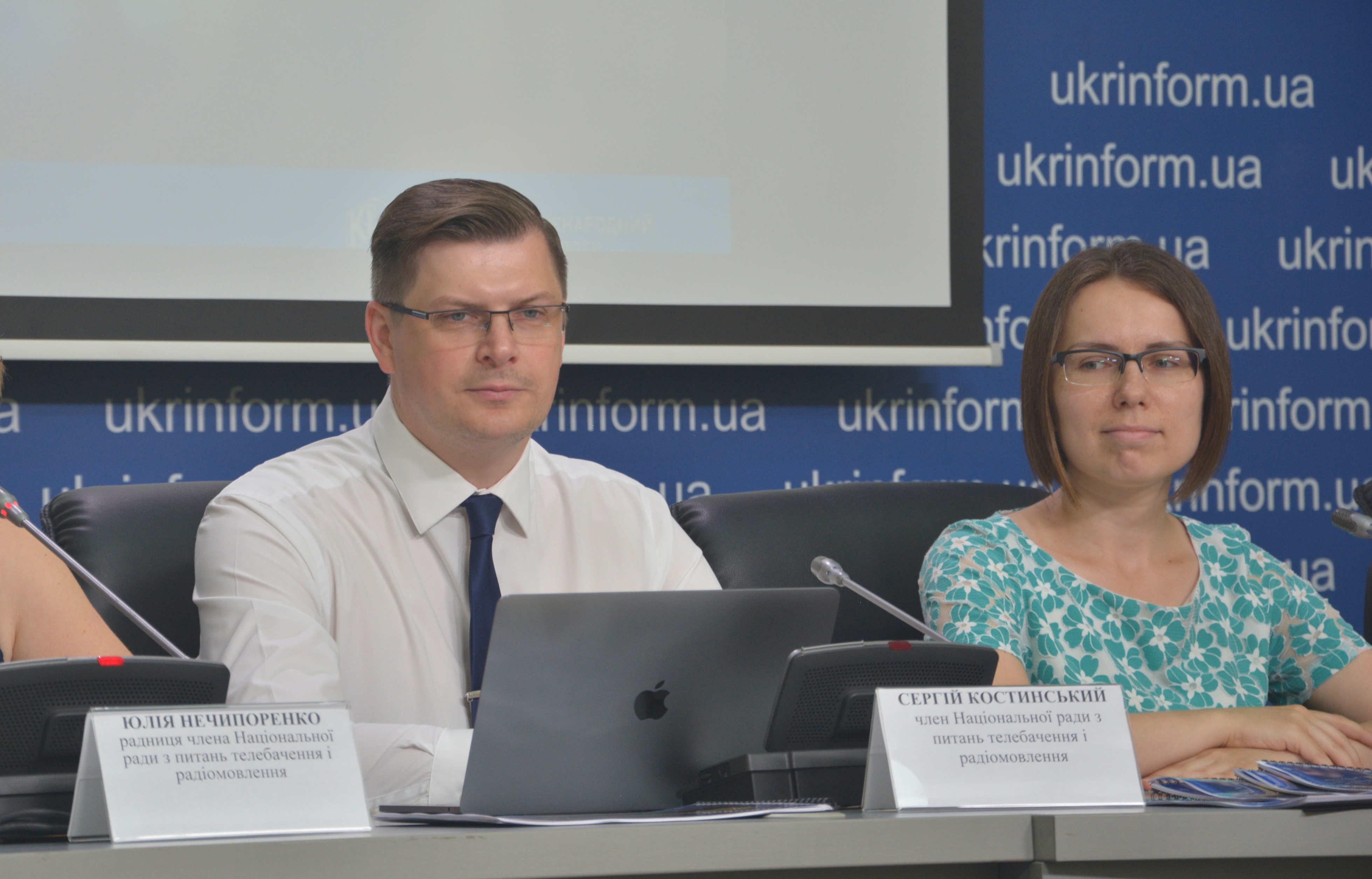 22.3% of Ukrainian citizens believe that the quality of TV programmes has been improved over the past three years, while 23.8% polled ones have the opposite opinion. Thus, the Member of the National Council Mr Serhii Kostynskyi stated that “among TV viewers there is no unanimity in evaluating the programme content of the TV broadcasting.”

Almost a third of Ukrainians – 30.6% – positively, but rather restrained estimate the influence of the growth of the production of the national TV product on the improvement of the quality of TV programmes.

The sociological poll also made it possible to distinguish positive and negative, according to the Ukrainian viewer, features of the national TV.

Among the positive features the Ukrainians mentioned the increase in the number and quality of TV programmes, as well as the improvement of the professionalism of journalists.

The politicization of the broadcasts, inaccurate information and monotony are the main negative features indicated by the respondents.

The poll was conducted from May 17 to June 7, 2019 in 110 localities of all the regions of Ukraine, except of the Autonomous Republic of Crimea and uncontrolled territories of Donetsk and Luhansk Regions. In total, 2021 respondents aged above 18 were polled. The sample of the poll is representative for the adult population permanently residing in Ukraine.

New digital parenting guide by the Council of Europe