On January 11, the Working group of the National Council for oversight of adherence to the electoral legislation by television and radio organizations during campaigning in the period of elections of the President of Ukraine in 2019 held a meeting dedicated to issues of authority of the National Council, the Central Election Commission (CEC) and the National Agency on Corruption Prevention (NACP), as well as measures that state bodies and the public can take in order to promote equal opportunities in the elections. 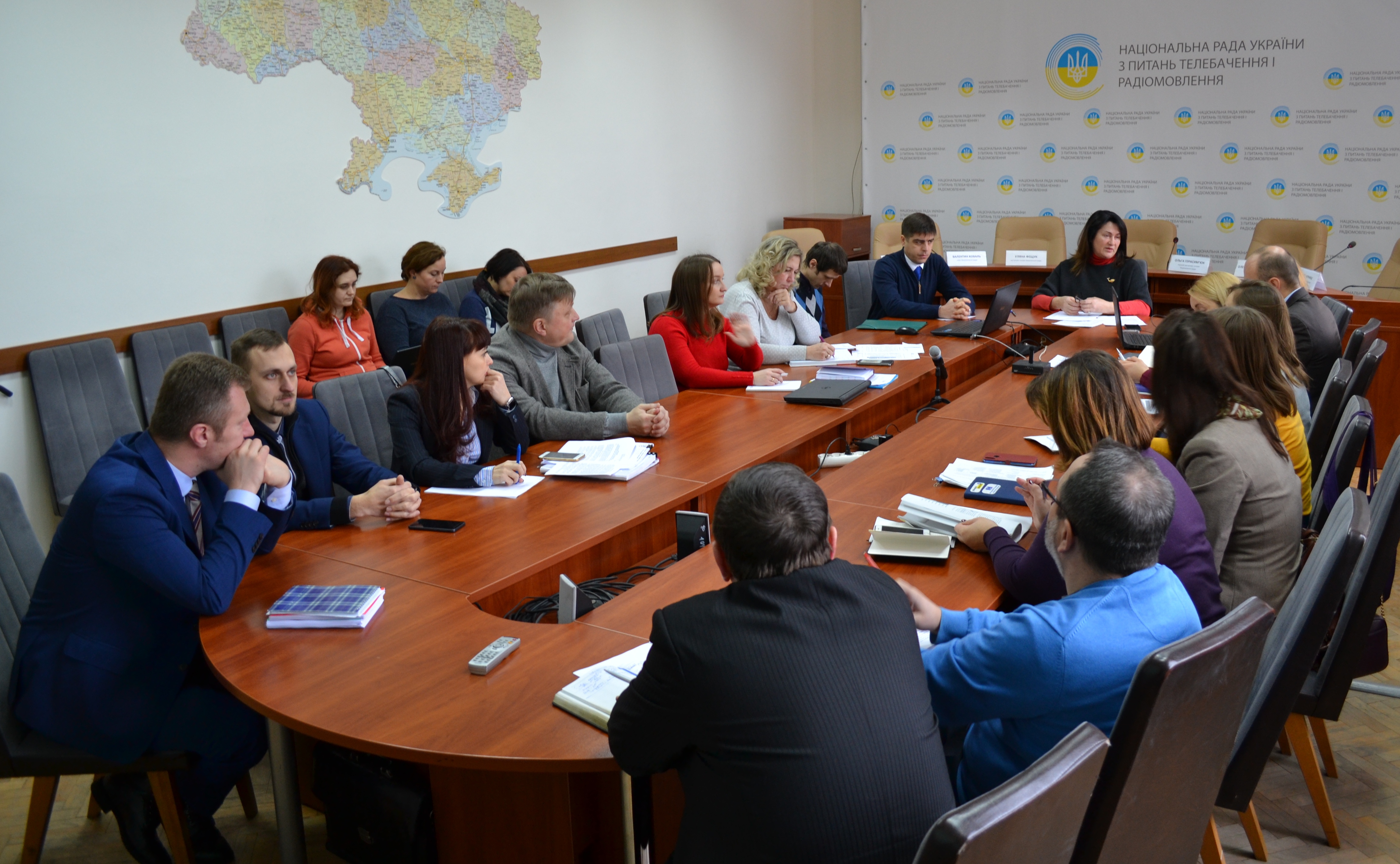 Roman Kifliuk, Head of Broadcasting Control and Analysis Department of the National Council, reported that the schedule and methodology for monitoring national, regional and local broadcasters has already been developed. Already there are officially registered candidates for the Presidential office, therefore, daily broadcasts of national broadcasters are monitored; with regard to other National Council’s licensees – monitoring will be carried out selectively, and there are representatives of the Regulator in all regions. The National Council will respond first and foremost to complaints of the subjects of the election process.

Moreover, the Regulator has drawn up a list of potential threats to electoral law enforcement by the electronic media, based on the experience of previous election campaigns and handed it over to the CEC and the NACP. If there are other, yet undefined calls, they will be added to this list.

Among these potential threats, one was singled out by Roman Kifliuk: how to address the fact that there are many media personas partaking in the elections? It is known that Volodymyr Zelenskyi will run, therefore the question remains: how relevant is it that he continues to be a regular actor in both films and TV programmes? Vadym Rabinovich – he is simultaneously a candidate and a host on “112-Ukraine” TV channel. How to consider Svyatoslav Vakarchuk performnce, if he becomes a candidate? “We are interested in the outlook of the Central Election Commission on this issue, because it will have significant impact on the results of monitoring,” Mr Kifliuk said.

Deputy Chair of the Central Election Commission Yevhen Radchenko stated that the electoral legislation in Ukraine has not changed, and since 2012 the CEC had become much more limited in possibilities to influence certain violation of law provisions by the media than ever before.

“Unfortunately, the CEC has virtually no authority to respond to violations in the field of election campaigning, especially in the media … Now we do not even have the right to consider complaints about the actions of mass media,” he said. Indeed, the CEC has 4 media-related competencies: organization of campaigning paid for out of the state budget, forms and content of televised debates, receiving information from the National Council on monitoring after the elections, and drawing lots between candidates for radio and television appearances.

Regarding the relevant issues Yevhen Radchenko said: “It should be understood that the Law of Ukraine “On the Election of the President”, for example, makes it very clear that election campaigning means any activity aimed at inducing the voter to vote for or against a certain candidate. In this case, the TV series, the movies, the songs are all regarded as such activity. The only thing that matters is whether it prompts the voter to vote or not. These will be the hottest points of discussion. Therefore, it is necessary to determine whether there is a purpose, which makes offering any universal recipes elusive. Each time, each individual case should be considered in its entirety.”

Olha Herasymiuk, head of the Working group, First Deputy Chair of the National Council, agreed with Yevhen Radchenko’s opinion on the limited powers of both the CEC and the National Council, since the incongruence between electoral and profile laws in the media area does not allow the authorities to respond adequately and to stop violations in coverage of election campaigns.

Thus, the Working group remains open for communication and problem-solving in such a way that will allow to alleviate the issue. “Just as you, we are facing a certain legal cul-de-sac but we do everything possible to change the situation”, – she emphasized. The National Council submitted its proposals to the Parliament on numerous occasions and informed the OSCE on conflict of laws that needs to be removed. “We are holding round tables where we discuss paid-for journalism and in the previous years more than once we presented the results of monitoring and statistics, infographics etc. We explain in what way such paid-for journalism evolves. Now we are faced with various hybrid forms and this issue needs to be addressed” – said Olha Herasymiuk. Any cooperation is welcome and the Working group remains open for dialogue and constructive decisions. 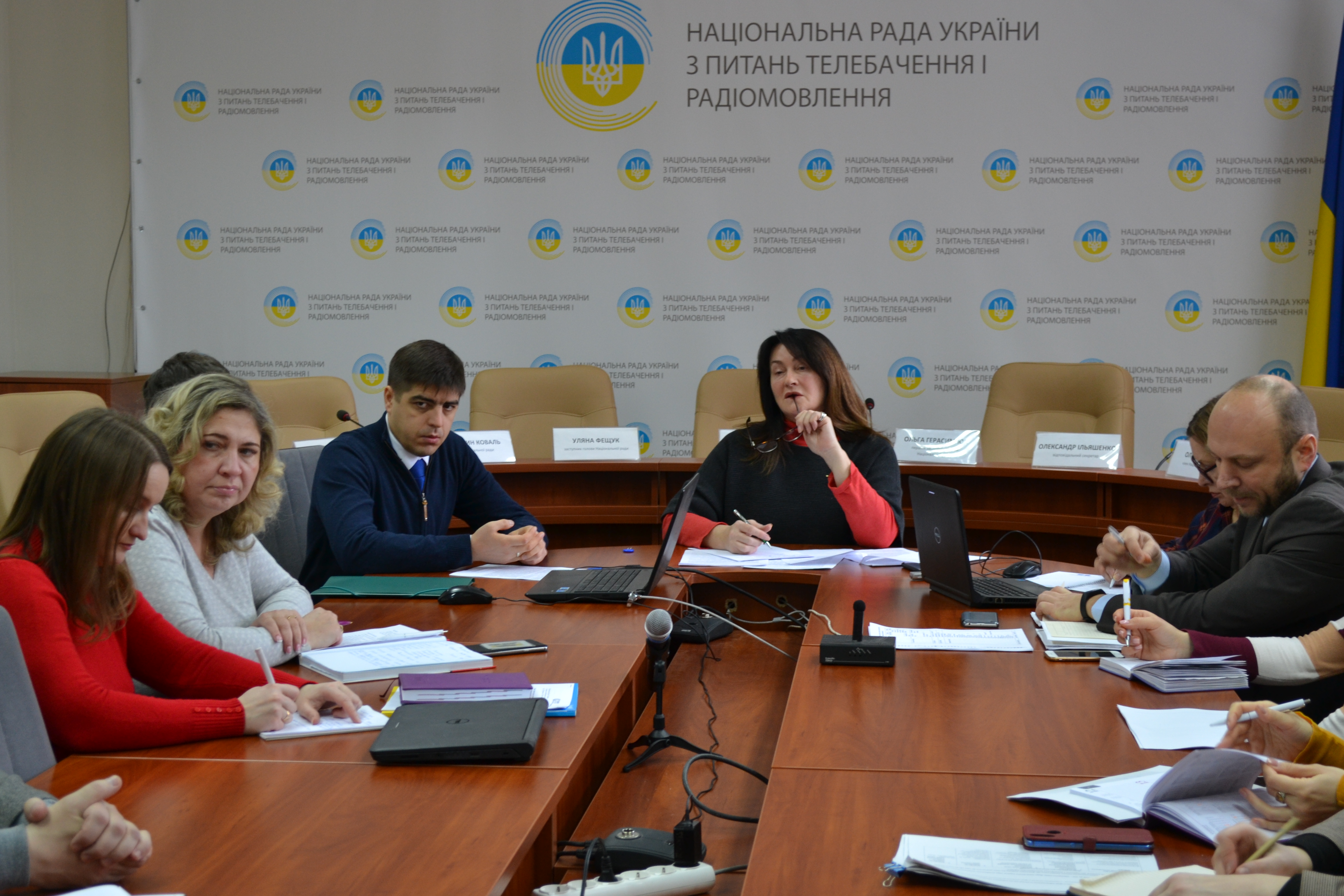 Yevhen Radchenko answered this question very briefly, stressing that this is his personal opinion as a lawyer, not as a member of the Central Election Commission: “It is impossible, this is a violation.”

Then Andrii Solomakh asked a clarifying question: “If the media lost this opportunity, and do not place a political advertisement marked clearly as “political advertising”, but on a free basis they invite candidates for the presidential office as studio guests, is this a violation or not?”

The member of the Public Council under the National Council, IMI Legal Director Roman Holovenko said: “It should be coverage, first of all informing the voters, instead of giving the candidate the opportunity to campaign for themselves.” That is, there should be a balance –multiple candidates should participate in broadcasts, not the few select. This could be in a form of debate between candidates, or a studio host must oppose a candidate.

Then there was a question about the live segments, whether they fall into the political campaigning category, if such live segments feature high-ranking officals or civil servants? 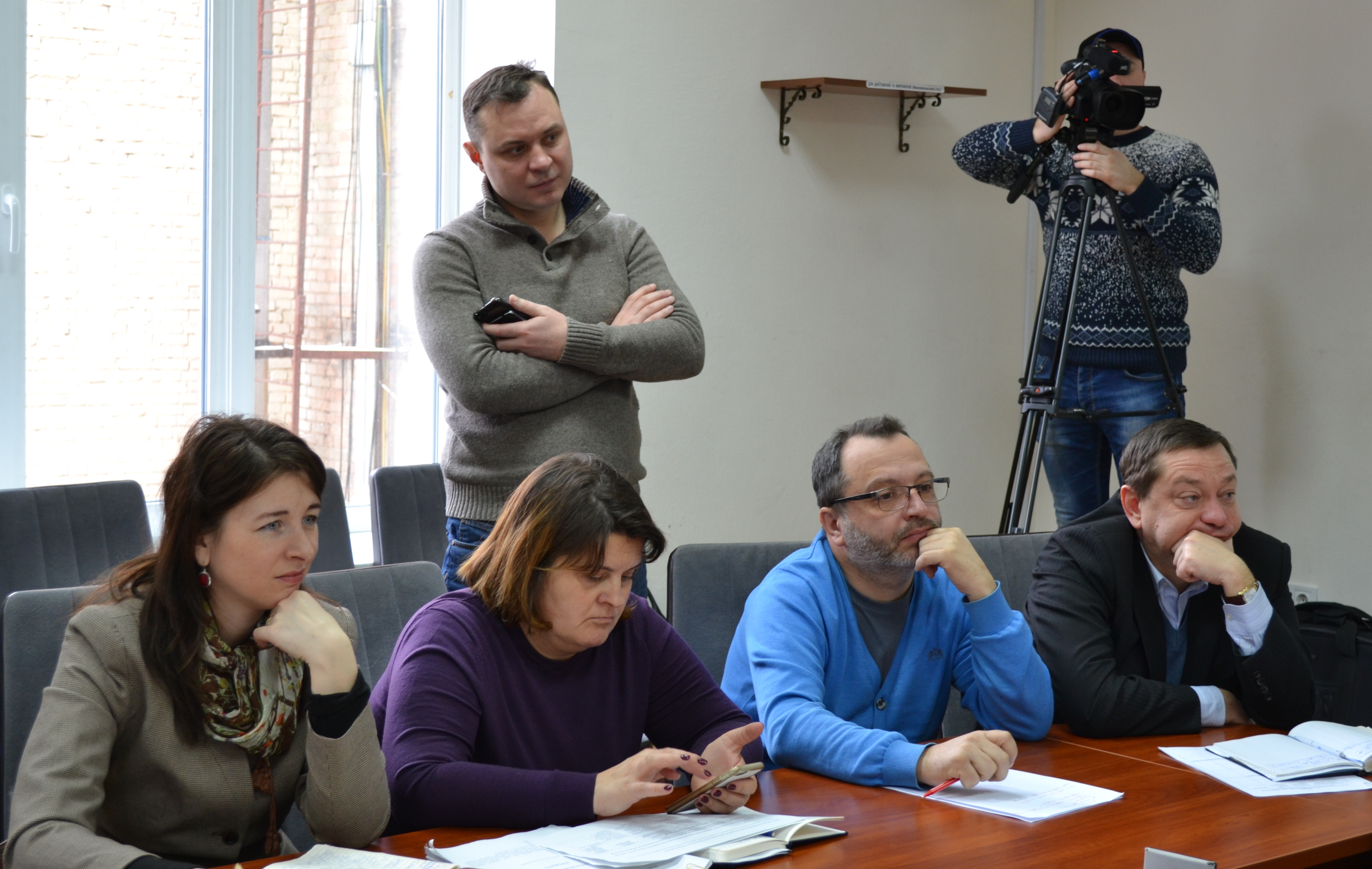 In this case, one should be guided by paragraph 5 of part one of article 56 with the mark of 3 of the Law “On the Election of the President”. Yevhen Radchenko said: “If a candidate is an official, then everything is very simple – their live segment or any other use of the image, phrases, quotations in the news story will not be considered as campaigning if it relates solely to the execution of the powers of this official” . If the media in the programme or story mentions that this person is a candidate and talks about this aspect in detail, then this is a violation of the legal provision. And for this the media must be held responsible. “If we proceed from the principle of equal conditions for candidates, then every other candidate may apply to this media outlet to provide equal time share on a free basis,” he emphasized.

The discussion also focused on the election campaigning before registration of a candidate. Legislation allows such campaigning to begin the day after the official registration with the CEC. By this time, regardless of the fact that the parties, congresses nominate candidates, such a person is simply a citizen and is not subject to the requirements of the electoral law.

At the moment, we see such shameful practices as premature agitation, which alters the principles of equality in general. However, either the National Council, or the Central Election Commission cannot respond legally.

Yevhen Radchenko reminded that the draft Election Code have been elaborated, where political advertising is either limited or prohibited in general, and there are several suggested options. However, despite the fact that the Code has not been adopted, the National Council, in his opinion, has the ability to respond more actively to violators. “The only thing is that these responses take a long time. Before the offender will be punished, the election will be held, and the next one will begin. But one must understand that in the legislation of different countries, and in the tradition of campaigning in the elections, there is such a concept as “cooling effect”. Both the Central Election Commission, the National Council and other regulators merely with their attitude to the problem, to covert advertising, to illegal campaigning, are able to cool down the “hot heads” who will propose too rough and too obviously unfair wording,”  he said.

Joint work within the Working group and activity of independent experts may play a positive role in providing the society with information on illegal methods of electoral campaigning.

The Council of Europe also actively promotes transparency and democratic nature of elections in Ukraine. This was mentioned during the meeting by the Manager of the CoE media project in Ukraine Galyna Smirnova. 12 experts of the Coalition of public organizations (that includes the Commission of Journalist Ethics, StopFake, the Ukrainian Institute for Media and Communications, Platform of Human Rights) will start monitoring of 9 national channels in the upcoming week. “That is monitoring of every day broadcasts, social and political broadcasts, news, debates, talk shows… We chose the channels with the highest rating, with the biggest impact on the audience.” The situation will be monitored with regard to the “Kvartal TV” programme, in connection with the nomination of Volodymyr Zelenskyi as a presidential candidate, as well as with regard to other TV channels. The methodology of such media monitoring was developed by Rasto Kuzhel, an international expert, along with Oleksandr Burmahin, explained Galyna Smirnova. “We will present interim reports, including during the meetings of the Working group of the National Council,” she said.

Olena Goy, Deputy Head of Department for the Prevention of Political Corruption of the National Agency on Corruption Prevention, addressed some of the issues. She specified that the Agency will check how the budget funds from the election funds of candidates were spent.

“There is a procedure for controlling the use of electoral funds of candidates and political parties, approved by a joint decision of the CEC and the NACP. In accordance with this resolution and in accordance with the law on presidential elections, there are forms of reports, so-called interim and final ones. According to this report, both the CEC and the NACP will jointly verify the correctness of the proceeds and use of funds,” Yevhen Radchenko confirmed her words. But since these Authorities do not monitor the broadcasts and programmes of broadcasters, they will refer to the National Council. He also emphasized that if such violations are detected, “candidates will not suffer consequences, those media who advertised will suffer.”

During discussions of these topical and sometimes controversial issues, the participants agreed that they will continue to participate in the meetings of the National Council Working group. The next meeting will be held on January 25 (Friday) at 11:00, and it will be dedicated to consideration of the results of monitoring of broadcasters.