The monitoring of the six mentioned infotainment channels on coverage of topics related to the situation in the East of Ukraine and in the occupied Crimean peninsula was carried out by the Regulatory Authority in November-December 2017. A separate monitoring task was to identify information that would fall under the category “Heroization of combatants, veterans and volunteers”. This refers to the television content that highlights the individual actions and personal stories of specific people who could lead by example and serve as role models. 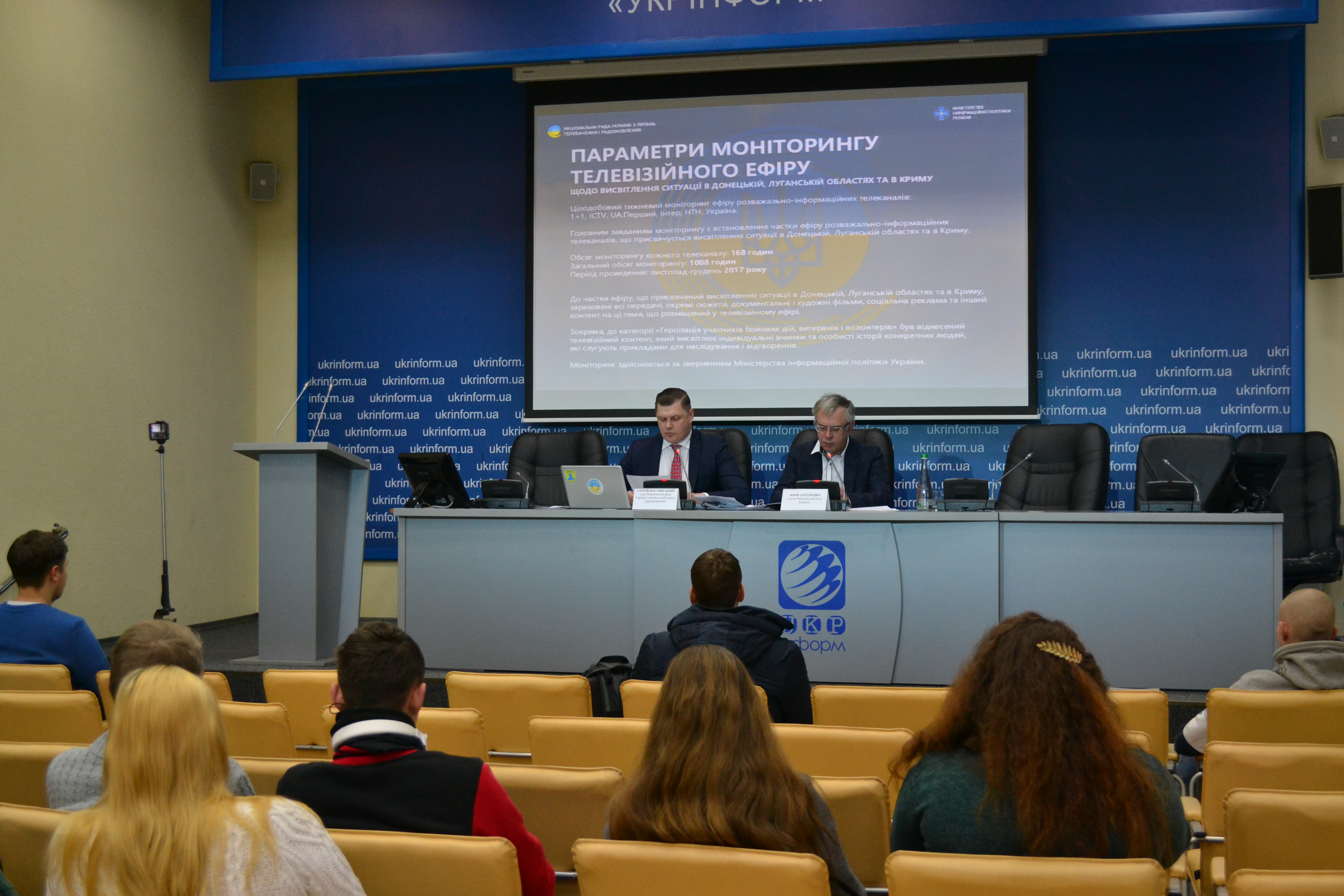 More information that falls under this thematic category was recorded on TV channels that tell about situation in Eastern Ukraine and the heroes of hostilities in the broadcasts of various genres, but not just in the news format. This also allowed for the placement of segments of longer duration. Thus, the average duration of the segments devoted to individual acts and stories of combatants, veterans and volunteers was 4 minutes 30 seconds.

In general, the maximum share of information in this thematic category was recorded on the TV channel “1+1”, where this topic was presented both in news (“TSN”) and on talk shows (“Right to Power”), in special projects (investigative programme “Money” – the story of the woman who lost her child and went on to become a combatant) and even in the entertainment format (“Social Life” – a plot about the defenders’ ball for the heroes of the military actions).

The TV channels “Ukraine” and “UA: First” aired plots on this topic only in the news format.

More than 7 hours of the broadcast of infotainment TV channels were devoted to the  Army theme. 57% of such content was a part of the statistical information that tells about events in Eastern Ukraine.

In addition to statistical information on events in Eastern Ukraine TV channels also broadcast information segments that more widely cover the topic of the Ukrainian Army. 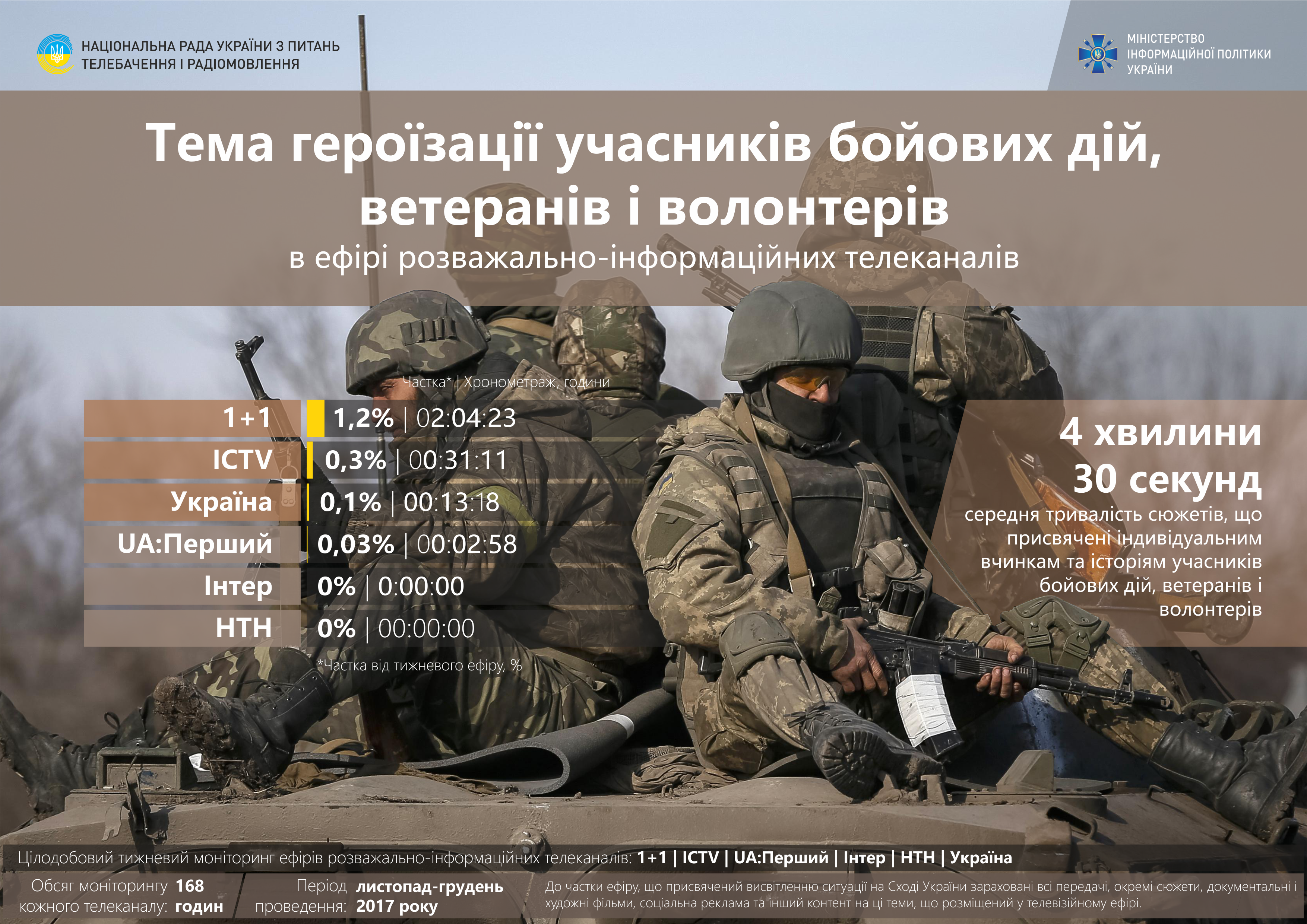 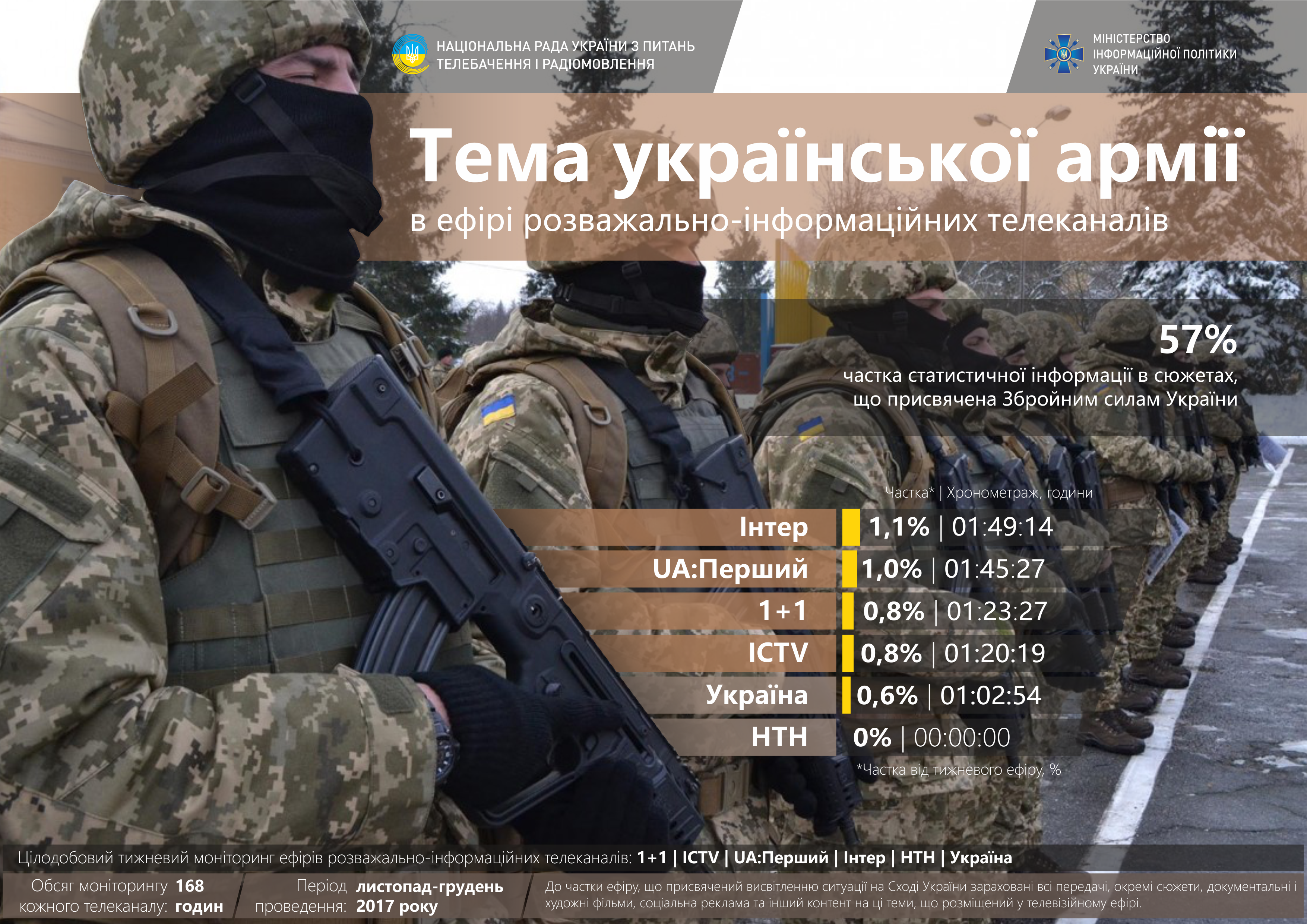