First step towards introduction of digital radio broadcasting in Ukraine

The tender includes 14 positions on the 7-D channel, which will provide simultaneous broadcasting of two transmitters. This gives opportunity for the appearance of 14 new (both niche and format) radio stations in Kyiv, stated the Member of the National Council Mr Serhii Kostynskyi. 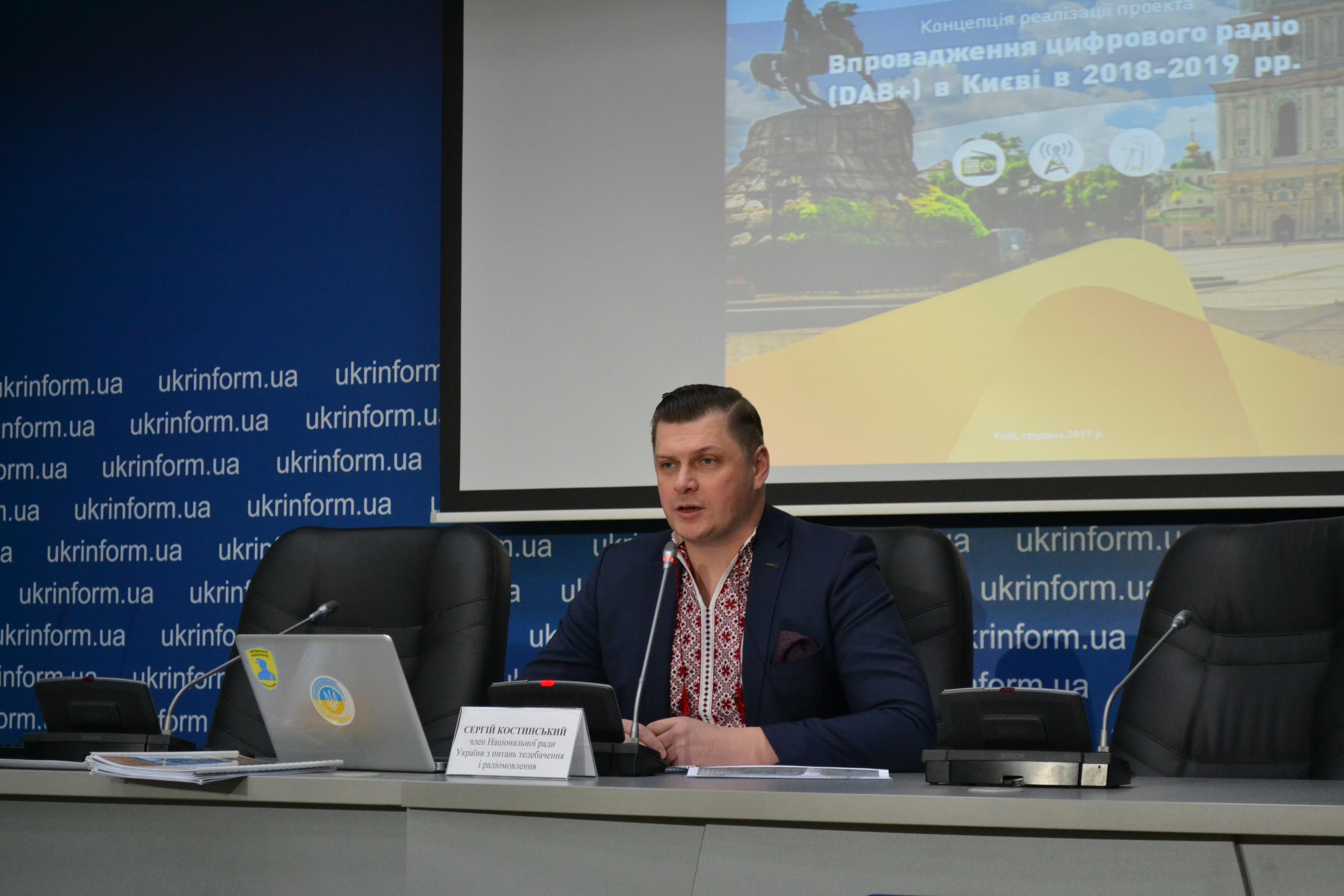 In order to implement the digital radio trial project in Kyiv, digital transmitters will be installed in the facilities of the Concern of Radio Broadcasting, Radio Communications and Television (BRT) for the period of two years. At the first stage – in January-June 2018 – in Kyiv two transmitters will be installed: with the power capacity of 2 kW and 1 kW. In the second half of next year the broadcasting of the first radio stations will be launched. In a year’s time it is planned to install a transmitter in Brovary, which will significantly improve the coverage of the left-bank signal in Ukraine.

The BRT Concern will act as a multichannel operator. The company has the best resources, both in terms of organization and technical support of broadcasting both in Kyiv and throughout Ukraine. For the deployment of the network, the BRT Concern plans to purchase modern transmission equipment and multiplexing equipment from leading domestic producers and producers of Germany, Italy, and Slovenia.

The first digital broadcast tender in Ukraine received the positive assessment from the global WorldDAB Forum, stated Mr Serhii Kostynskyi. He cited the letter from Mr Patrick Hannon, President of the said organization: “WorldDAB is delighted that Ukraine is launching a DAB+ trial in Kyiv. DAB+ is firmly established as the core future platform for radio in Europe and increasingly around the world. It is excellent news that Ukraine will be the latest country to join this movement”.

In Kyiv, there are currently 38 analogue radio stations with a total power of 93 kW. With the introduction of digital radio, 2 to 6 transmitters with a total capacity of up to 10 kW will be enough to provide a similar volume of broadcast.

Mr Serhii Kostynsky outlined the benefits of introducing digital broadcasting. They are, as follows:

The T-DAB standard is recommended by the European Broadcasting Union as a pan-European system. The frequency band is 174-230 MHz. The third bandwidth is dedicated to the needs of the T-DAB system under the Geneva-2006 Regional Agreement.