The report presented by the National Council and the Ministry of Information Policy of Ukraine on March 27th on violations and losses in the area of broadcasting in the Autonomous Republic of Crimea and the City of Sevastopol in the aftermath of the occupation will serve as an important tool for strengthening Ukraine’s position in the international arena in terms of protection of national interests. This opinion was expressed by members of the public and representatives of state bodies, who took part in a roundtable devoted to this issue. 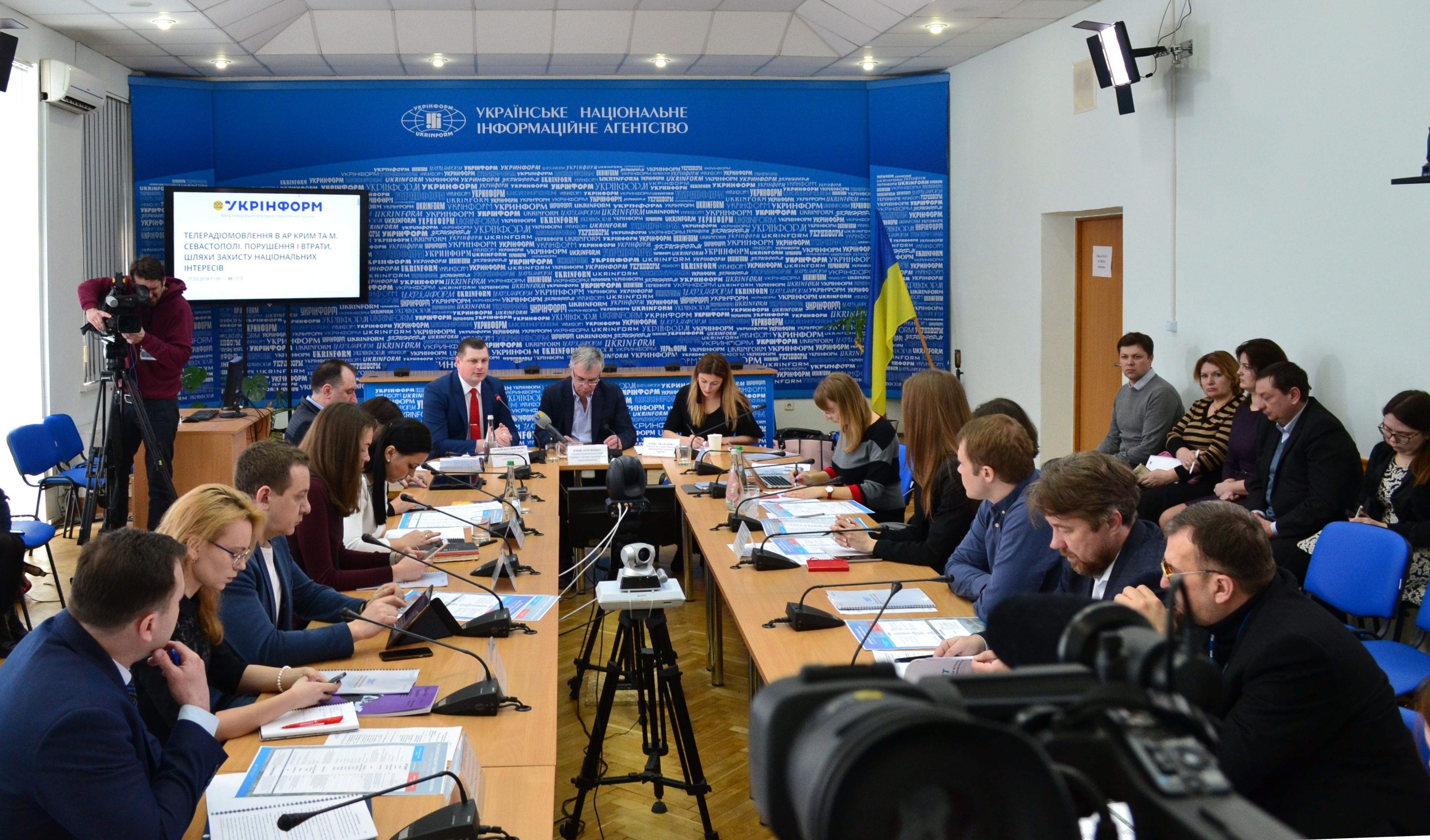 The collected materials will provide the basis and sound support for political statements. Based on this fact, representatives of the European Community will be able to discuss the imposition of sanctions against those individuals and legal entities of the Russian Federation who took part in the hijacking of the radio frequencies of Ukrainian television and radio companies.

“It is high time, in our opinion, to come up with a new form of pressure on the Russian Federation. We have gathered enough evidence that the Russian Federation violates the international law, including in the area of broadcasting,” said the Member of the National Council Mr. Serhii Kostinsky. Therefore, the requirement to add the television and radio companies-licensees of the “Roskomnadzor”, their managers, as well as top managers of the “Roskomnadzor”, who approved radio frequency resource allocation, to the sanction lists of, remains relevant.

According to the information provided by the National Council and the Ministry of Information Policy, 39 Ukrainian radio stations and 31 TV channels completely lost the opportunity to broadcast in Crimea due to the occupation of peninsula. 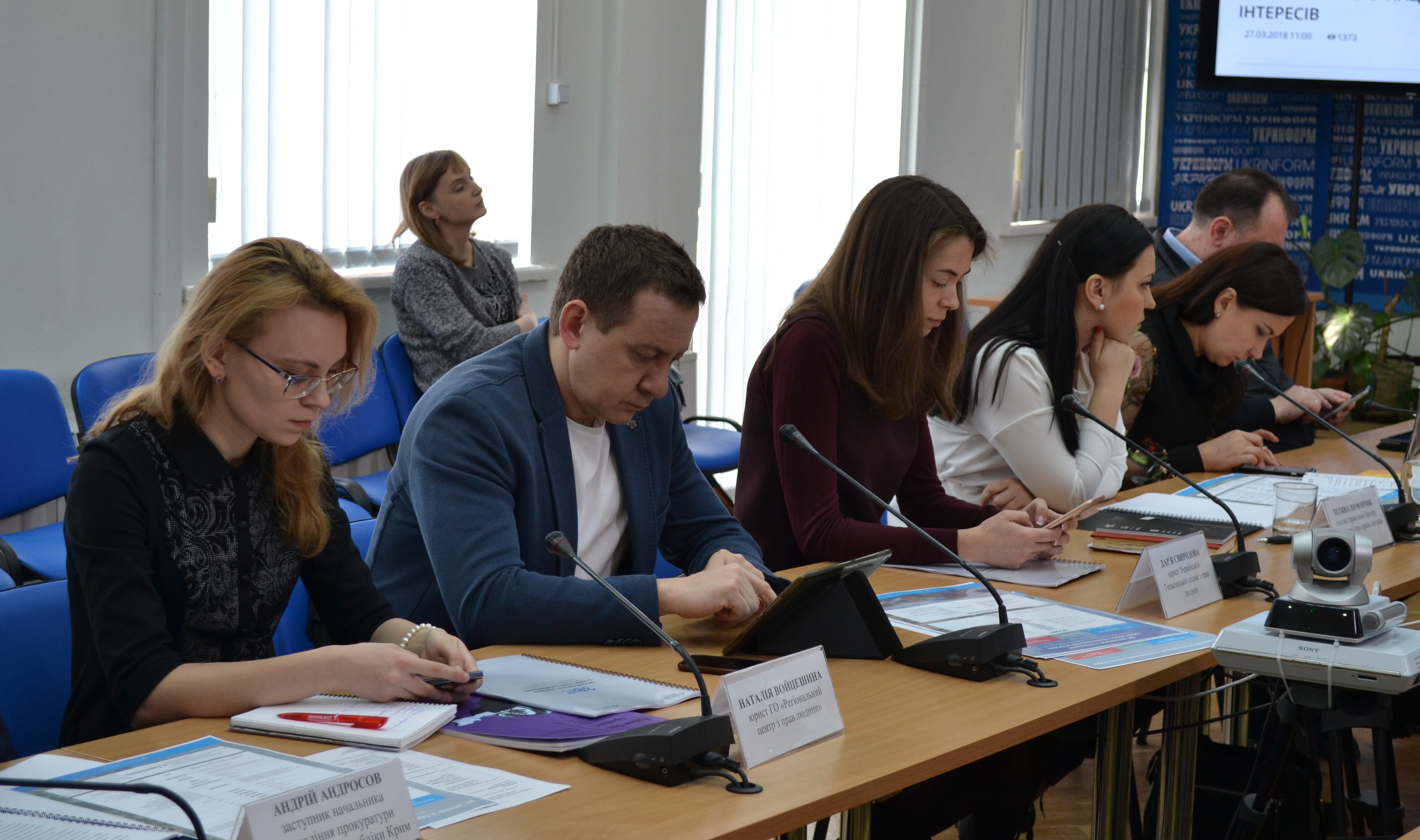 “Since 2014, the Russian Federation hijacked 503 frequencies for the needs of broadcasting in Crimea”, said Serhii Kostinsky. “The total amount of losses of the Ukrainian state, television and radio companies and programme service providers in 2014 was estimated at least at USD 239.5 mln. As of March 2018, the amount of lost revenues to the state budget from licensing fees amounts to almost UAH 19 mln.”

According to the Ambassador-at-large of the Ministry of Foreign Affairs of Ukraine Mrs. Nadiya Tsok, the approach of the European Union to impose sanctions provides for their introduction in respect to stolen enterprises. In this case, the non-admission of Russian TV and radio organizations to broadcast in the territory of the EU is on the table.

In the opinion of the media coordinator of the Crimean Human Rights Protection Group Mrs. Irina Sidova, to facilitate the introduction of sanctions at the European level, an investigative research on the content of Russian broadcasting in Crimea should be conducted. After all, they stir up hostility between the citizens of Ukraine in the territory of peninsula that is illegally occupied by the Russian Federation and the citizens of Ukraine on the mainland. In addition, the propaganda of voluntary recruitment into the Russian Army among Ukrainian citizens is a war crime. 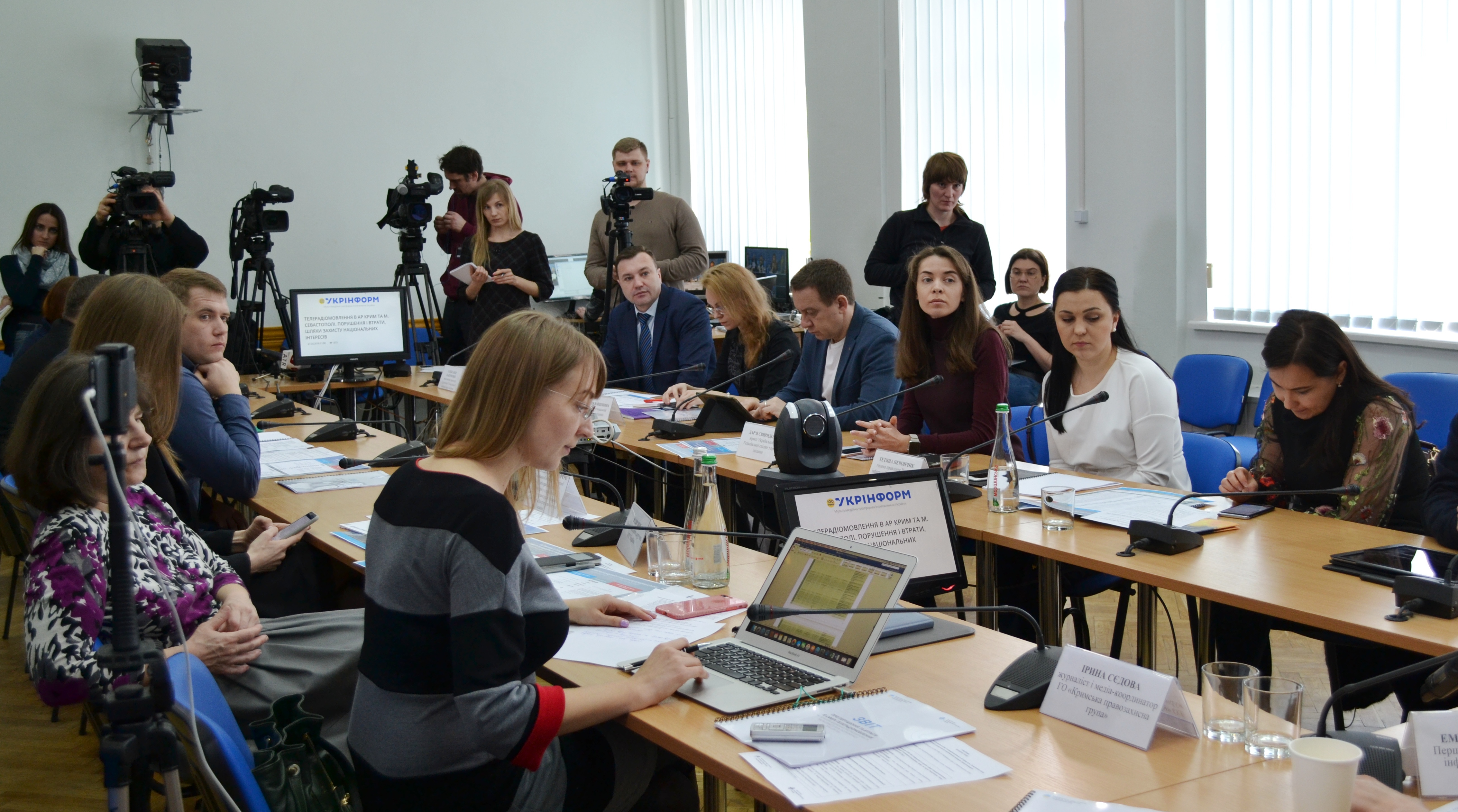 According to the Freedom House assessment, the level of freedom of speech in Crimea since 2014 has declined drastically to become one of the worst on the global scale. The organization’s 2017 report states that the peninsula scored 94 points on the 100-point scale (where 100 is the worst possible score) and entered the list of “worst of the worst” territories in the world. At the same time, Russia scored 83 points.

In a month, the National Council will finalize the Report taking into account the announced proposals and the recommended ways to protect Ukraine’s national interests in Crimean peninsula. The Report will be thence presented to the general public and sent to the state institutions for its further application to defend our state’s position at the international level.